The estimated cost of the recall election, according to state finance officials, is $215 million statewide, including an estimated $20 million for San Diego County 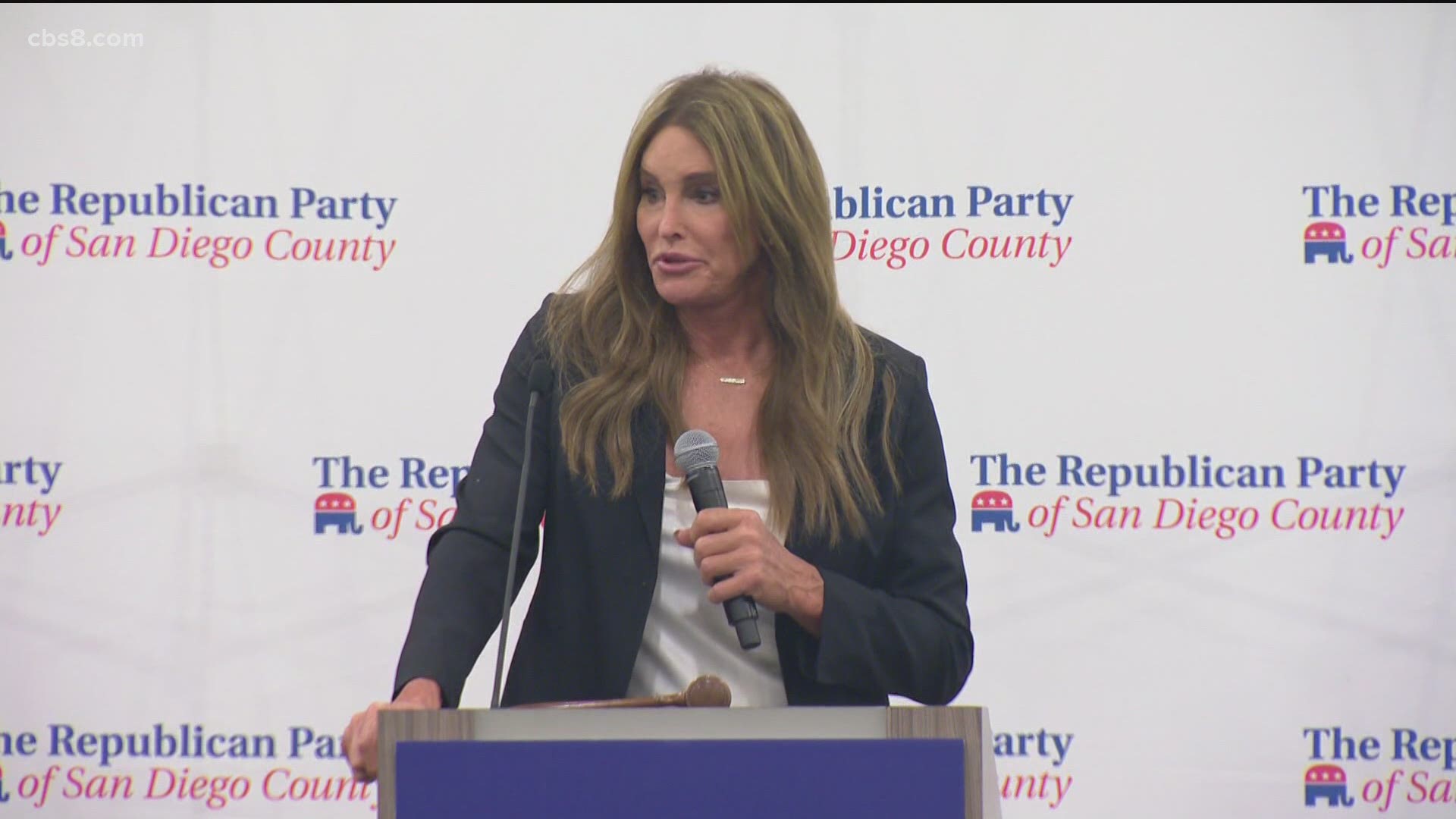 SAN DIEGO COUNTY, Calif. — On the eve of California's highly-anticipated reopening, Republicans who have been critical of Governor Gavin Newsom's handling of the pandemic say it is time for new leadership. Already, more than six dozen candidates have filed paperwork to run in the upcoming recall election.

Monday night, five of those hopefuls, including former Olympian and trans-rights advocate Caitlyn Jenner, spoke in front of hundreds of local Republicans.

Two of the most high-profile candidates vying to take Governor Gavin Newsom's place, former San Diego Mayor Kevin Faulconer and businessman John Cox, did not appear at the event, organized by the Republican Party of San Diego County.

But those who did take the stage had a unified message: in their view, it is time for new leadership in California.

"Why are we all here?" asked Jenner. "We are running against the corruption and the mismanagement, and it has only been accelerated under Gavin Newsom's rule."

#CaitlynJenner takes the stage at the Town & Country campaigning for governor as the #Recall election approaches: @CBS8 pic.twitter.com/dzoI4rCCUF

Candidate after candidate took the stage and made their case.

"Gavin Newsom has got to go, and we need real leadership in his place," said candidate Joseph Luciano.

"What we have experienced in California this last year is nothing less than a socialist-communist takeover by the leadership of this state," said candidate Sarah Stephens

Candidate Anthony Trimino talked about his grandfather fleeing Communist Cuba for a better life in the United States.

"My grandfather would be rolling over in his grave right now if he realized this country he was running to is starting to look more and more like the country he was fleeing from," Trimino said.

"We are hearing from the farmers in Fresno, the entrepreneurs in the Bay Area, the moms in Hollywood," said candidate Jenny Rae Le Roux. "There are an unreal number of people who are excited about this election."

A recent poll by the Public Policy Institute of California finds 40% of likely voters say they would vote to remove Newsom from office.

"California lays claim to the lowest [COVID-19] positivity rate in America," Newsom said recently. "Now is not the time to waste hundreds of millions of dollars on a recall effort that is nothing more than a partisan power grab."

The estimated cost of the recall election, according to state finance officials, is $215 million statewide, which includes an estimated $20 million for San Diego County.

The election will be held most likely sometime between September and November, with some Democrats pushing to hold it before the end of summer.