And here's the video to prove it 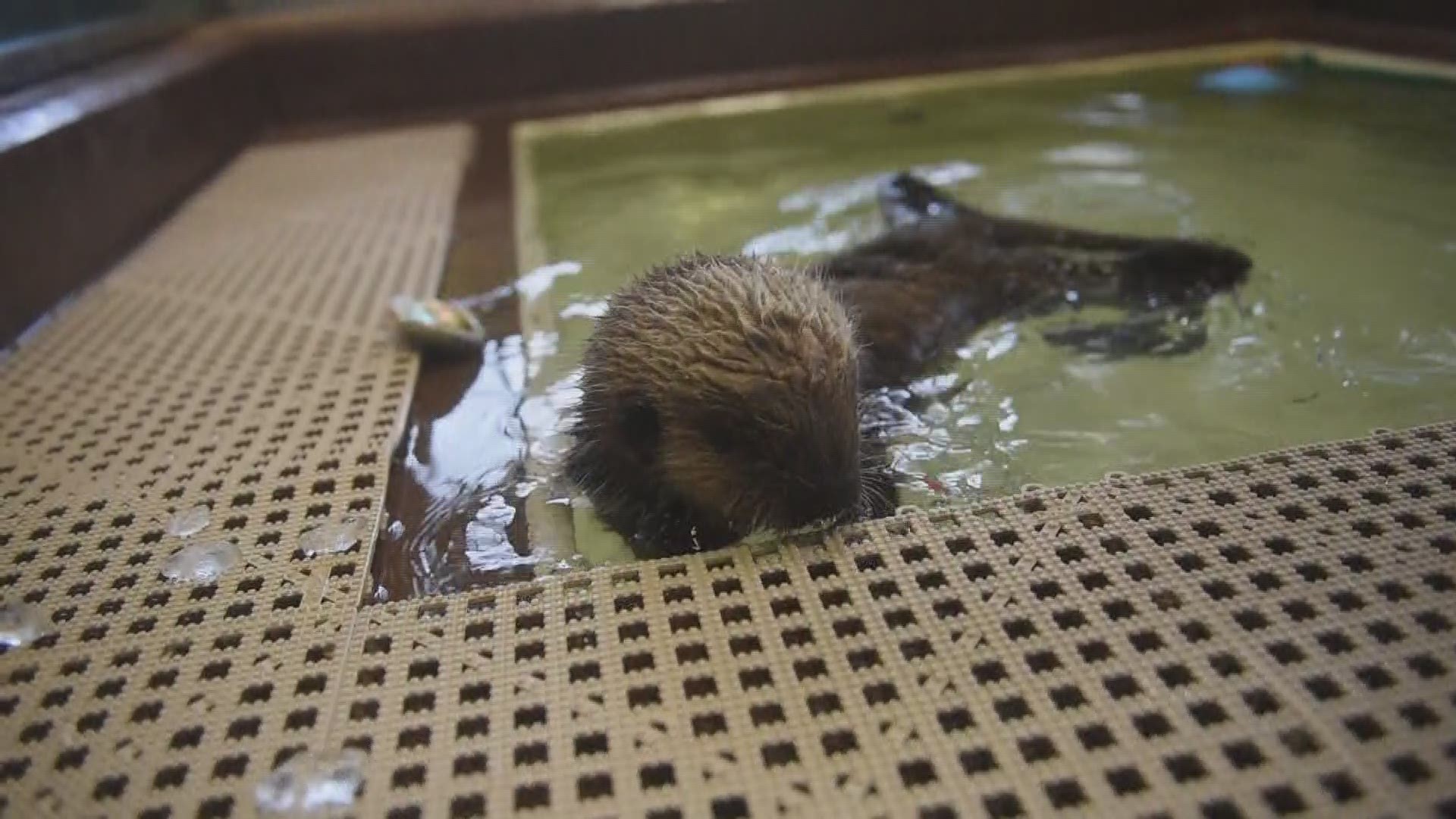 SAN DIEGO — She would have surely died in the wild.  Just a baby, she was found stranded against the rocks, being pounded by the waves in Alaska.  She was underweight, alone and didn't have much time left.  Rescuers saved her and after being treated at the vet clinic in Homer they asked SeaWorld for some help.

RELATED: Future no longer hopeless for this hopelessly cute otter

Cinder, as she's named, has now been here since September 7th.  She's doubled in weight to 10 pounds.  She quickly learned to feed from a bottle.  The park's animal care staff is acting as surrogate mother.  Cinder requires feeding every three hours with a special baby otter milk formula.  Keepers also taught her to swim and groom herself.

She can't be returned to the wild.  She's too dependent on humans now.  So she'll join SeaWorld's four other resident female sea otters:  Mocha, Coco, Clover and Pumpkin.  They were also orphaned as pups.  Viewers can get an occasional glance at Cinder through the nursery window.