Lieutenant Andy Lerum, with SD Fire-Rescue, said in the age of cellphones and social media, more and more people are choosing the selfie over safety. 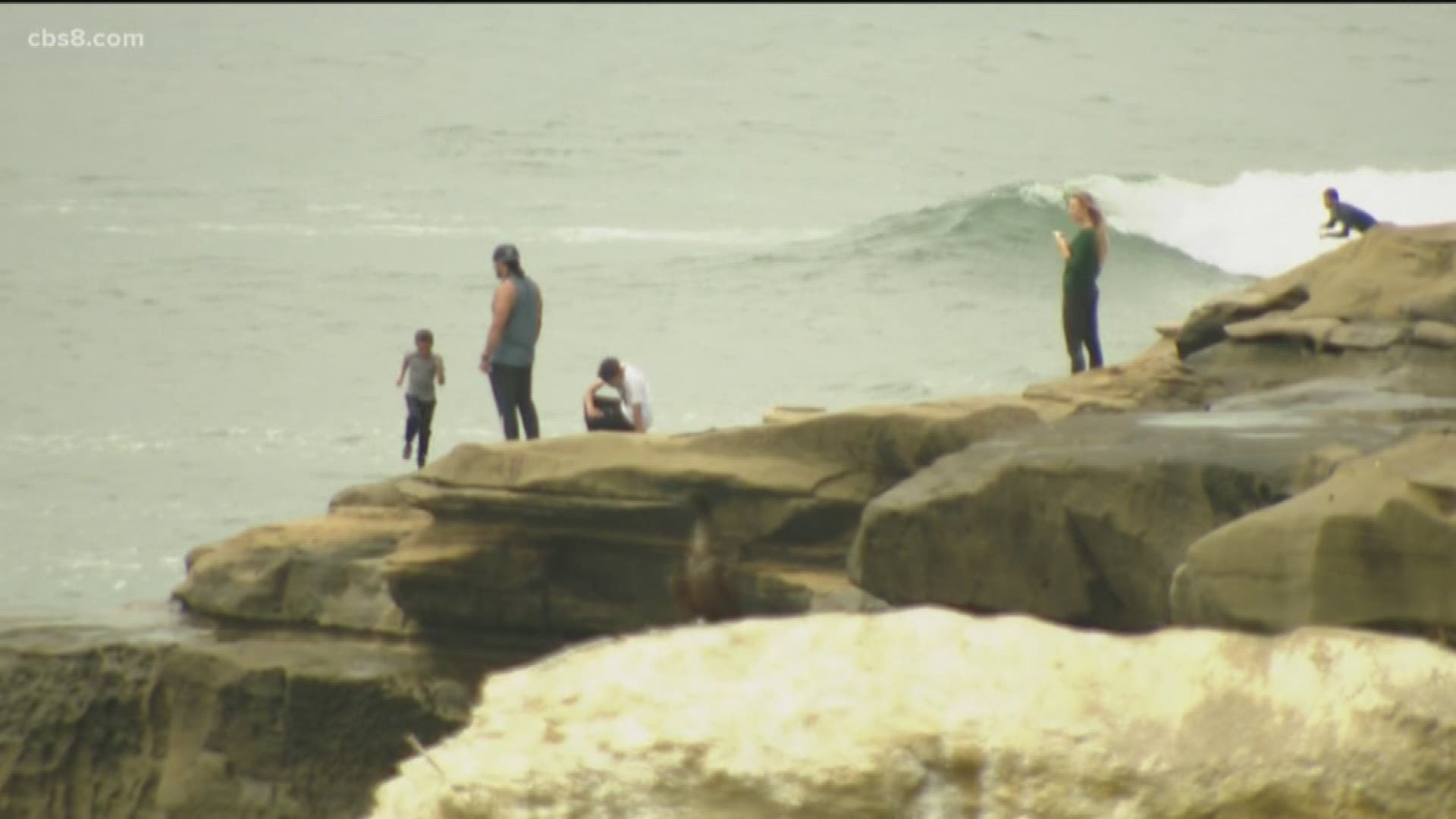 SAN DIEGO — San Diego has spectacular views so it is no wonder why people are drawn dangerously close to the edges of Sunset Cliffs.

Lieutenant Andy Lerum, with SD Fire-Rescue, said in the age of cellphones and social media, more and more people are choosing the selfie over safety.

“It is even more dangerous when people are not paying very close attention. This has happened several times where people get distracted with their cellphones trying to take a selfie. They get too close. They lose their footing and it is a sheer drop off – sometimes over 50 feet,” he said

Last September, a woman died after falling from an area overlooking the beach. In July of 2016, a man distracted by his cellphone plunged close to 80 feet. Five months later, another man suffered the same fate.

The years 2014 and 2015 also saw fatal falls linked to selfies. According to the OB Rag, which has tracked injuries and deaths at Sunset Cliffs since 2014, on average, five people die around the cliffs each year.

“This is an area where people can walk right up to the cliffs. The cliffs are unstable. Within the last couple of weeks, a big section of cliff actually fell on the beach. The edge is a vulnerability that people need to be aware of,” said Lieutenant Lerum.

While the beauty of San Diego can be tempting, Lerum said no photo-op is worth a life.

The reason why there are no barriers around the cliffs is because the ground is so fragile. Geologists who surveyed the area after a landslide said installing barriers could cause the cliffs to crumble even more.

A selfie study showed that between 2011 and 2017 more than 250 people died taking selfies. The sheer number of incidents has researchers calling for "No Selfie Zones" at tourist locations known for risky behavior.