Families rush in the rain, some in tears, trying to gather whatever belongings they can 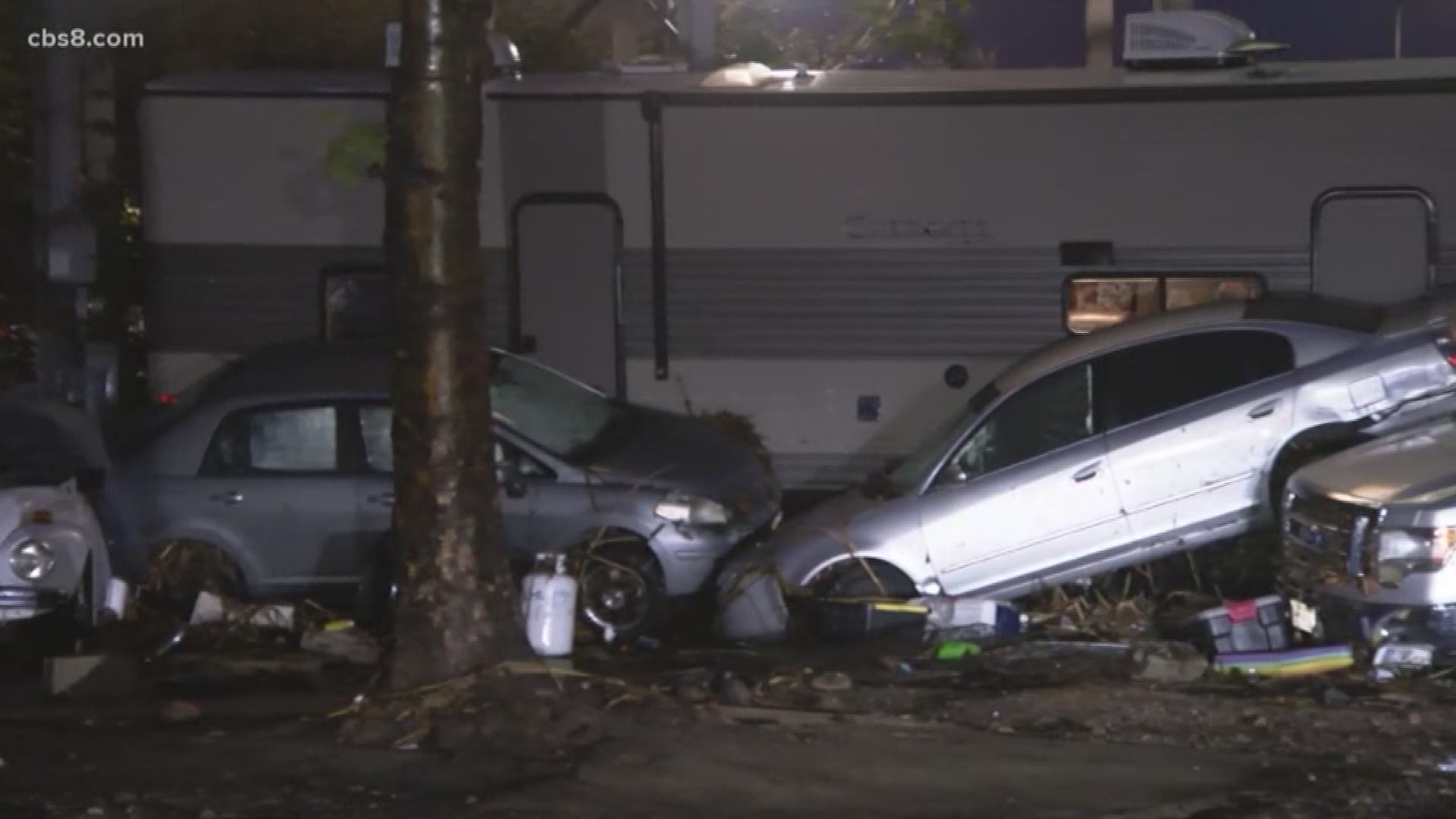 SAN DIEGO — Residents at the San Diego RV Resort were evacuated due to flooding Thursday, as a Thanksgiving storm pounded San Diego.

Families rushed in the rain, some in tears, trying to gather whatever belongings they could. Among those families were Kianna and Daniel Hayned who were forced to evacuate their RV.

"When we got to our place, my car floated away, all the way to the end. Our car crashed into someone else's RV because it floated away," said Kianna.

"It was probably six or seven feet. What we see right now at the end of the resort is probably about four feet underwater. We have over 200 guests right now, and since we are under mandatory evacuation, we are getting everyone off the property. We are sending them to one of our other resorts over at Circle RV resorts, right now," said Snyder.

As the evacuation orders were issued, RV resident Wyatt McCann raced to pack up precious belongings.

"Just keepsakes, my daughter's childhood items. That is it. I mean, everyone got out safe. We got the dogs out during the flood. It was about seven feet deep," he said.

Despite the tremendous losses, residents said they have so much to be thankful for.

"Makes you blessed for our lives as long as your family is safe," said McCain.

The National Weather Service's flood advisory was in effect until 3:15 p.m.