Police say immediately after they deployed pepper balls into the suspect’s vehicle they heard a single gunshot. Police confirm the man killed himself. 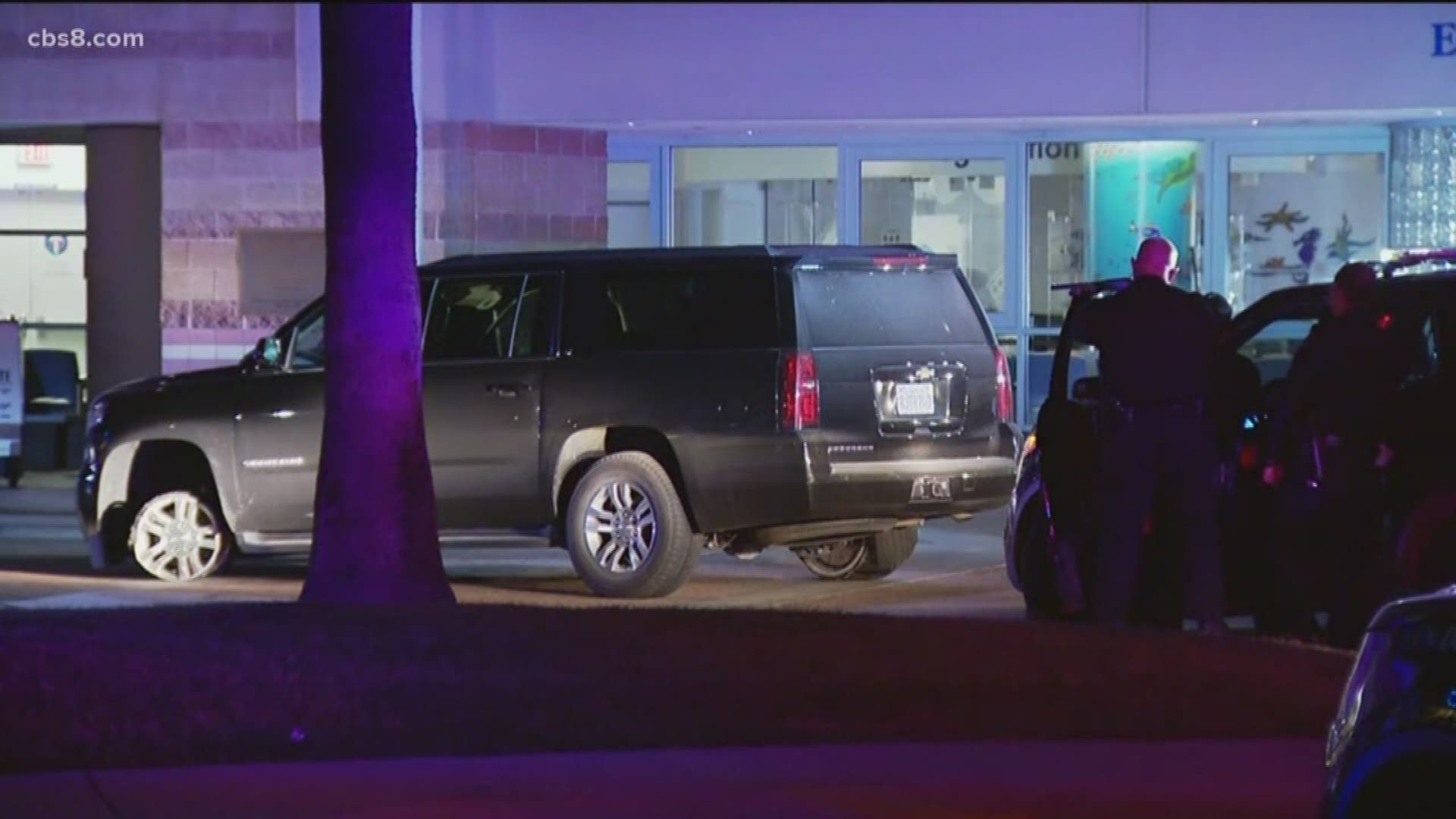 Police say the hospital is no longer on lockdown, but the emergency room remains taped off to the public at this time.

San Diego police confirmed Thursday that a suspected armed bank robbery suspect who led authorities on a chase from Riverside County, leading to a standoff outside Rady Children's Hospital has shot and killed himself.

Police say immediately after they deployed pepper balls into the suspect’s vehicle they heard a single gunshot, after that there was no movement in the SUV. Police also deployed a robot to see what happened to the suspect.

The emergency room at Rady Children's Hospital was evacuated Wednesday night as a safety measure by SWAT members. San Diego Police said those inside and not in a safe location should shelter in place and call 911 and provide their location for assistance.

The suspect robbed a bank in Riverside County at about 7 p.m. Wednesday and fled the scene, officials said. Riverside County Sheriff's Department deputies located the suspect, who did not stop, and a pursuit started on the Armed Forces (215) Freeway. He led authorities on a chase southbound Interstate-15, merged onto State Route 163, then took westbound SR-52 before exiting Convoy Street and coming to an end at Rady Children's Hospital.

The suspect threatened to take his own life. During the chase, the suspect's black SUV ran over three spike strips, giving him three flat tires.

News 8 reached out to Rady Children's after the standoff ended and they gave us this statement:

"Rady Children’s would like to reassure families that the Hospital is safe, secure and open for business. Access has been restored to the main campus, including the emergency department. Scheduled surgeries and clinics will continue and parents should keep their appointments. Thank you to law enforcement for keeping our campus safe and to parents and families for their patience and understanding."