Businesses in downtown Sacramento clean up after protests end with looting, damage

A group of Sacramentoans plans to gather in downtown Sunday morning to help businesses clean up. 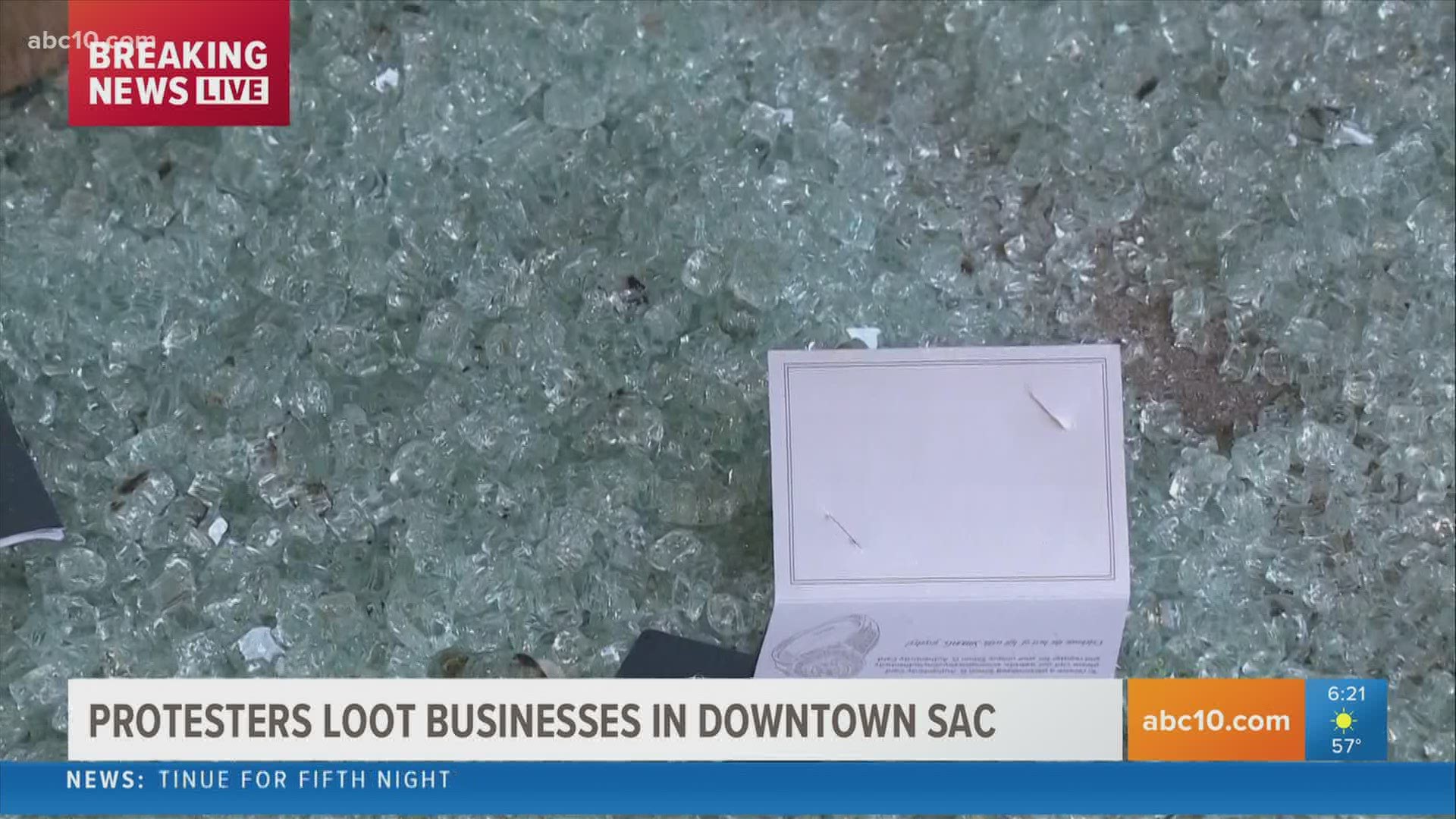 And in the aftermath, community members stepped up to help one another clean up shattered glass from sidewalks and removing graffiti from walls and buildings.

Shattered glass, debris, empty shoe boxes and clothing hangers were seen on the sidewalks and road near 10Th and K streets. Elvin Reyes, the owner of Kicx Unlimited in downtown Sacramento, headed downtown to watch his store get looted. He waited until his insurance company arrived before he started to board up.

"It's just crazy to see this happen in Sacramento," Reyes said. "What was looted today, we don't even own it. It's owned by all these consigners in Sacramento. They pretty much wronged all our community."

Other businesses hit during last night's rights include Bevmo and Sharif Jewelers. Employees at BevMo in Midtown planned to board up the entrance in preparation for another round of protests on Sunday.

Protestors started gathering around 9 a.m. Saturday, May 30, outside the State Capitol. Throughout the day, protestors marched to Old Sacramento, the Arden Area and outside the Sacramento County Jail before ending the night along K Street, where a majority of the damage took place. 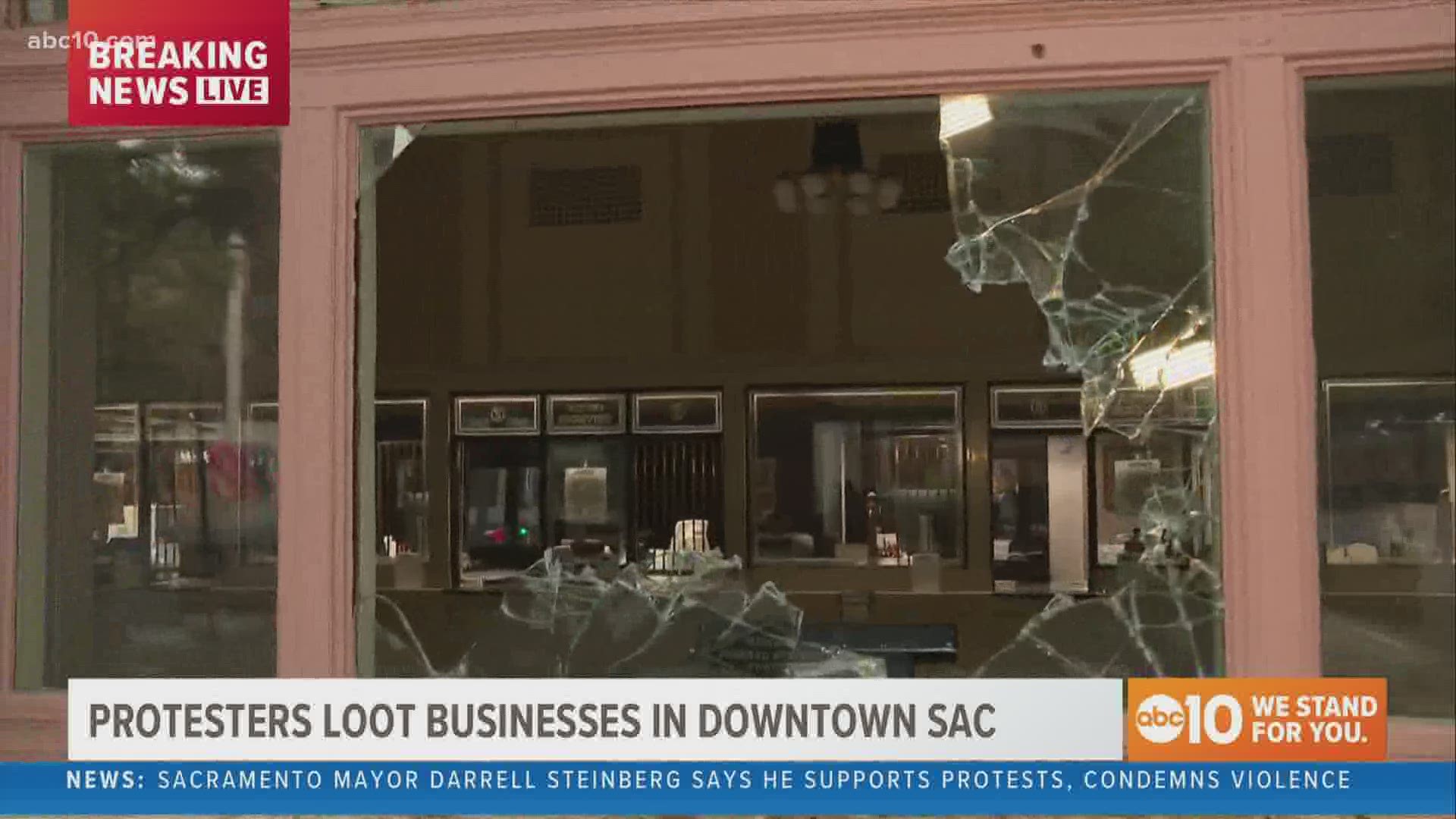 A group of community members cleaned up the mess left behind at Kickx Unlimited Sunday morning. The group said they were close friends of the owner of the store. The group of people cleaning up told ABC10 they are planning on meeting with a larger group at 11 a.m.  to continue cleaning up in downtown.

Elsewhere in the state, San Francisco Mayor London Breed ordered a curfew that would start at 8 p.m. Sunday, May 31. Businesses in the city’s Union Square  section were robbed and vandalized Saturday night.