An altercation at the California State Capitol occurred on Saturday while two groups gathered to remember Breonna Taylor and Ashli Babbitt. 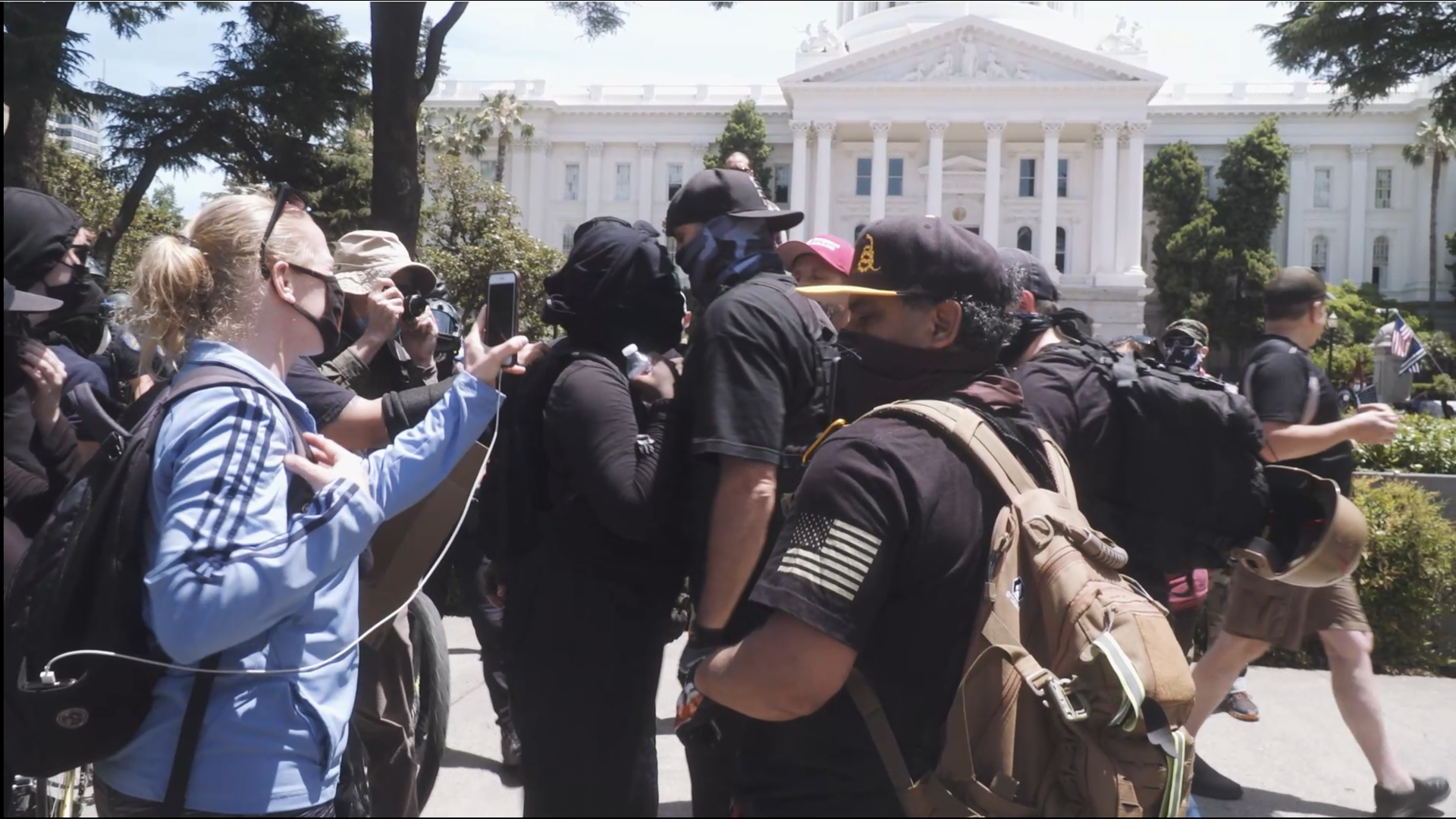 SACRAMENTO, Calif. — Two different groups clashed at the California State Capitol while remembering the lives of two women who died after being shot by law enforcement.

The first group organized by the Sactivists gathered at 10 a.m. Saturday in the Capitol rose garden to remember Breonna Taylor on what would have been her 28th birthday. In her apartment in Louisville, Kentucky, Taylor died after being shot by a Louisville police officer in the early hours of March 13, 2020, when the police officers were serving a warrant as part of a drug investigation while Taylor and her boyfriend were sleeping.

"It’s about saying her name and remembering her, keeping her and lifting her name up. Giving voice to her and her memory so people don’t forget," Tim Garcia said at the Taylor memorial.

The second group gathered at noon for the Justice for Ashli Babbitt Rally hosted by the Saviors of Liberty. The group gathered in response to the Department of Justice's decision not to pursue criminal charges against the U.S. Capitol Police officer involved in the death of Ashli Babbitt, who was shot while storming the U.S. Capitol on Jan. 6, 2021.

"She was an engaging independent quintessential American woman and I'm proud to be her mother," Micki Babbitt, Ashli Babbitt's mother, said.

The Sactvists previously posted on Instagram suggesting the Justice for Ashli Babbitt Rally should not occur.

The two groups clashed while Micki Babbitt spoke at the rally.

"Go home, get your own protest. This is a proud American gathering," Micki Babbitt said.

At the California State Capitol, the police worked to break up the group of people fighting.

The coronavirus pandemic may be nearing its end. Still, California Governor Gavin Newsom said Friday the state of emergency order wouldn't end when the state lifts many of its coronavirus restrictions.