The actions were denounced by city leaders, especially as crimes against Asian Americans are spiking, who said it crossed the line of peaceful protesting. 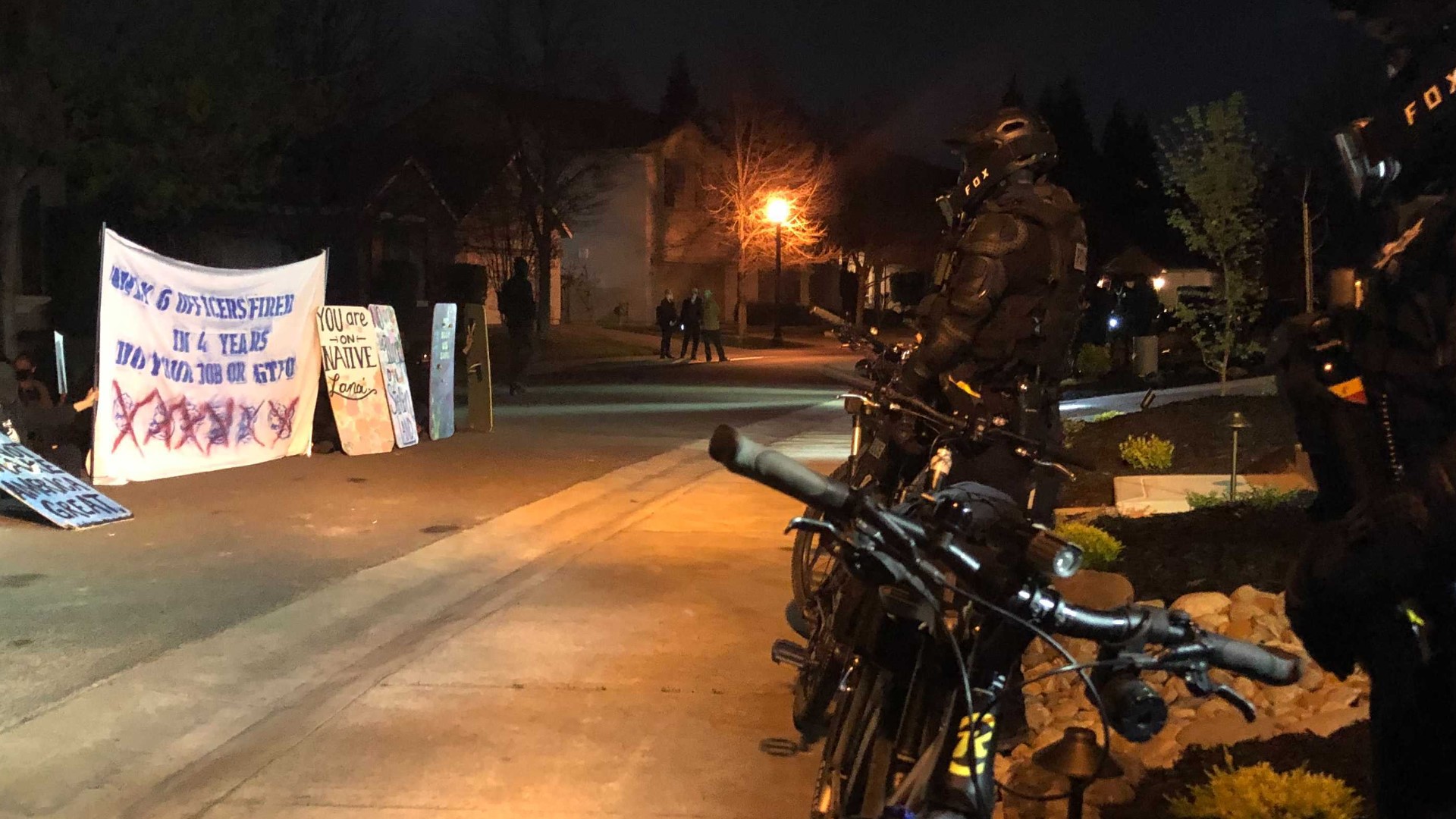 SACRAMENTO, Calif. — On Sunday night, a group of about 20 people showed up dressed in black outside the home of Sacramento City Manager Howard Chan, facing immense police protection.

Dozens of officers lined the the street of Chan's Natomas home and stationed themselves down the street as the protestors' group got loud with their message. They say Chan has failed to discipline or fire officers for misconduct or killing citizens. They say he needs to do his job or get out.

The actions were denounced by city leaders and community members, especially as crimes against Asian Americans are spiking.

City and community leaders called out a specific group out by name: Sactavists. In an open letter by City Council and nearly 60 community organizations, those critical of the protest say a "small group of people willing to embrace violence to advance their ill-defined agenda cannot be allowed to put our city leaders and their families at risk in their homes. Protest at City Hall, not outside someone’s bedroom."

But on Sunday night, people in the group Sactivists said although they are loud, there is nothing violent about them.

The anonymous group says they did not organize the event outside Chan's home, but in amplifying flyers over the past several weeks that showed Chan's face on a wanted poster, they acknowledge the imagery used is triggering for the AAPI communities, with which they claim to stand in solidarity. Their intent was only to hold police accountable.

“We will not be told by the city council when or where free speech or protest is acceptable. We will not be silent while the city exploits our collective traumas in an attempt to pit activists and communities of colors against each other."

In a statement, they hit back at the city’s letter calling it a dangerous repression of free speech and activism.

After California's lockdowns, a full economic recovery might take till 2023