Activists said the verdict is just a start and they will not stop advocating until there is police reform that’ll bring an end to killings like that of George Floyd. 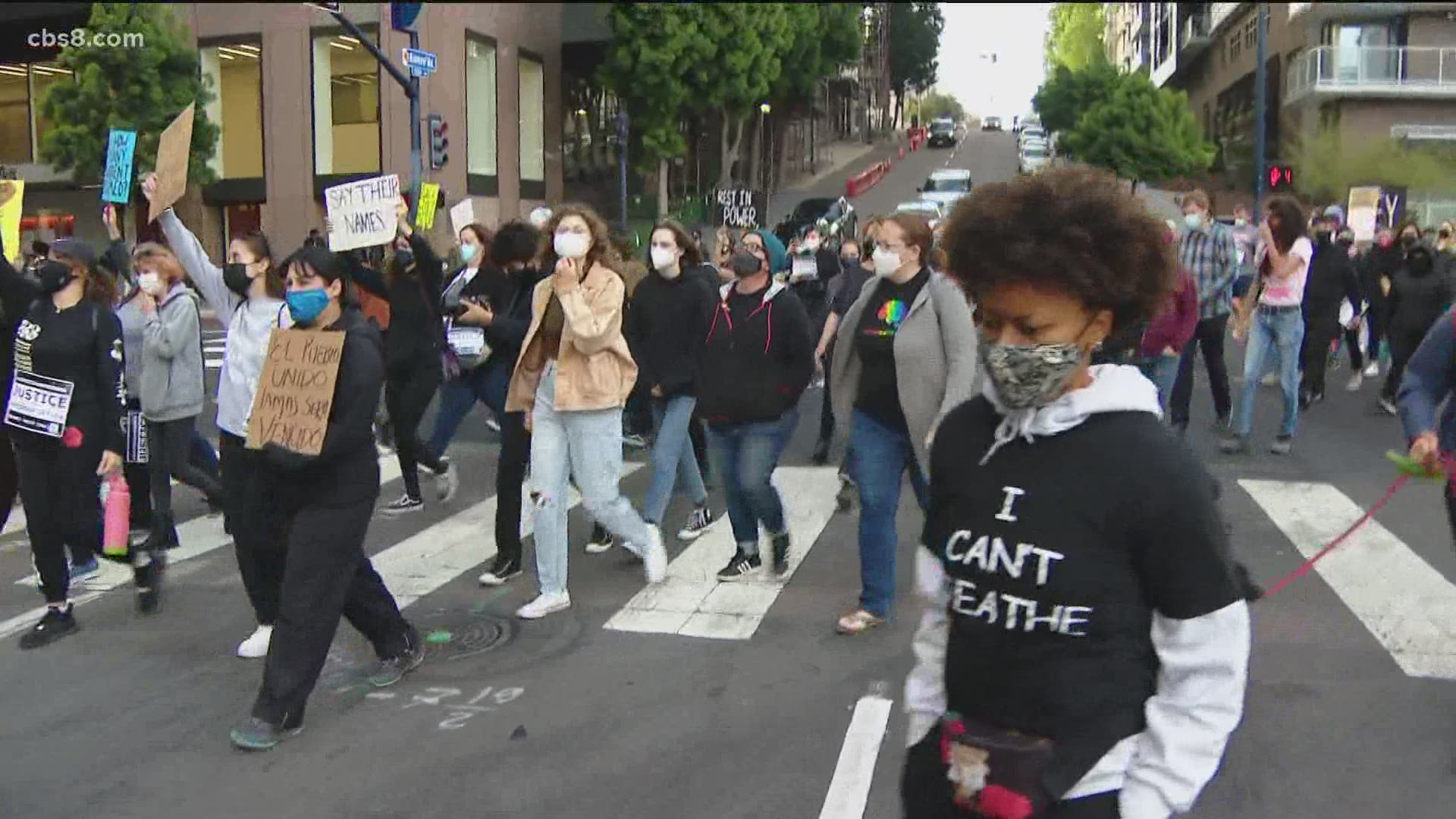 SAN DIEGO — Hundreds of people rallied in San Diego on Tuesday after the guilty verdict was handed down in the Derek Chauvin murder trial. They gathered downtown on B Street and near the San Diego County building at Waterfront Park.

People told News 8's LaMonica Peters that they were pleased with the verdict but not in a celebratory mood. Activists said they want to stay focused and continue fighting for justice.

“Definitely happy with the verdict that we got but more work needs to be done,” said Brittany, one of the rally's organizers.

That was the sentiment many people expressed as they rallied after the verdict was handed down in the Derek Chauvin murder trial. They said they wanted to get together to support each other, to create a sense of community and to stay focused on what’s ahead.

“It’s just to remind people that we’re still here and that we’re still going to fight to convict the other police officers that contributed to his death and other deaths of Black people,” said one activist named Sujey.

One activist News 8 spoke to said she felt a sense of relief after the guilty verdict and now she and other activists plan to keep pushing for justice in San Diego and anywhere injustice shows up.

“It definitely made my heart smile. I can definitely speak for everyone. We have been glued to our television screens since we found out that the verdict was in. But like I said, we’re still out here, we’ll continue to be out here so we can keep getting justice for people all over the world as well as in San Diego,” Brittany said.

Police escorted dozens of people as they marched through the streets of downtown San Diego. They also carried signs and chanted George Floyd’s name.

“We continue to hold our public officials accountable, we show up at City Hall, we write petitions, we donate, we volunteer. There’s so much you can do, there’s so many opportunities to help this fight. So don’t think that there’s nothing for you to do because there is,” said Alana, another organizer.

The activists said the verdict is just a start and they will not stop advocating until there is police reform that’ll bring an end to killings like that of George Floyd.

WATCH: How long will Derek Chauvin go to prison for George Floyd's murder?