Since learning that the USS Abraham Lincoln's six-month deployment was extended until spring 2020, San Diegans and nonprofits have stepped up to help its sailors. 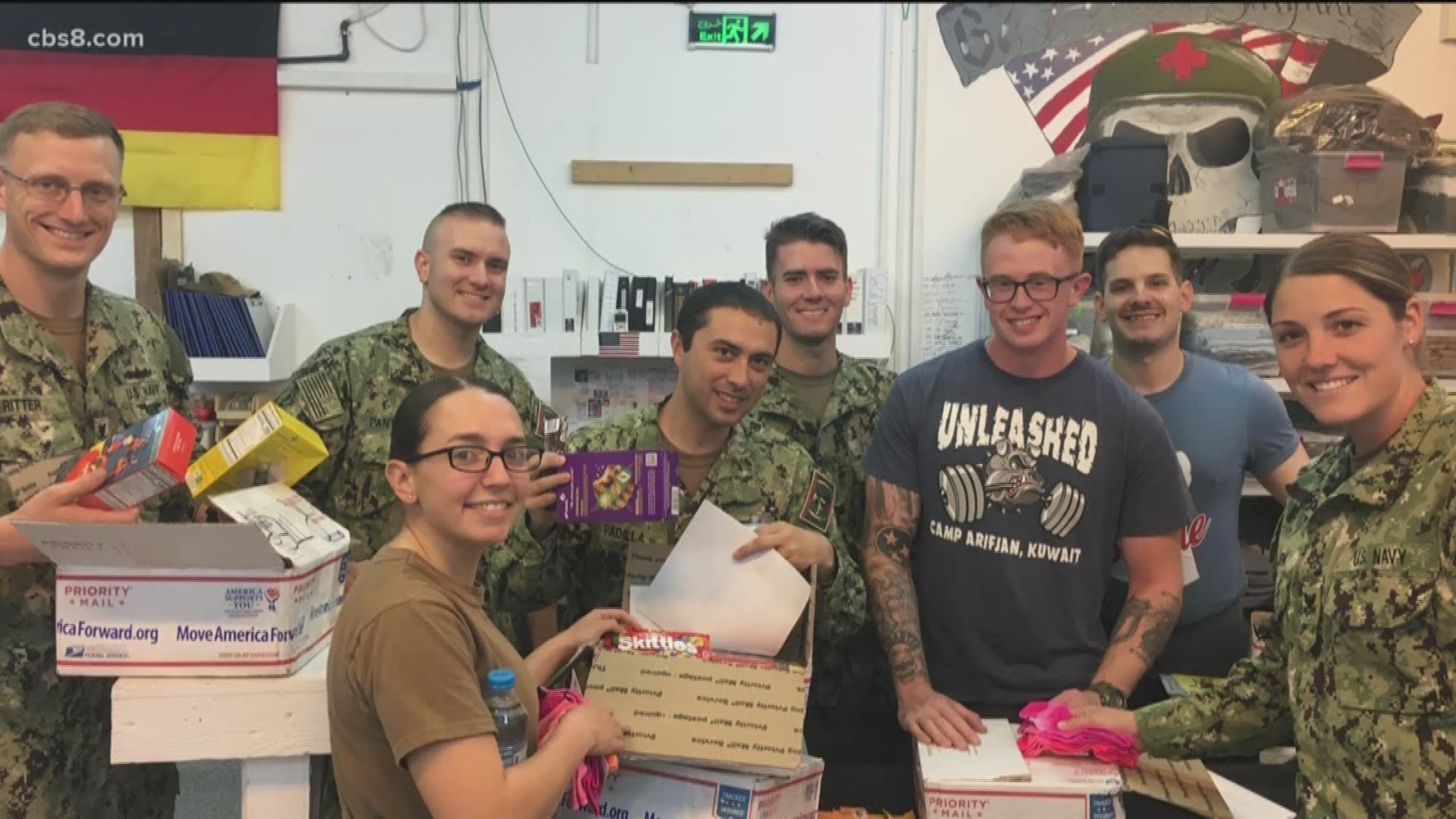 "Care packages from friends and family [are] kind of one of the nicest things,” she said.

Since News 8 ran a story on Mackenzie, she has gotten an overwhelming response from people across the country sending her supplies after learning the ship's sailors won't be home for the holidays and instead will be at sea until the spring of 2020.

"They were supposed to be out for six months and then they got extended,” Mackenzie said. “And you know, people pack for that six-month deployment and then get told, ‘hey we'll be out here a little bit longer.’"

Also stepping up to help has been Navy veteran Scott Raab with the military nonprofit Move America Forward which is boxing up hundreds of care packages for the sailors.

"A long time ago, I was a sailor out of San Diego, and I actually deployed out of 32nd Street,” Raab said. “I can tell you the care packages we send are better than anything I ever got."

Raab says the number one requested item is coffee, but they box everything from Girl Scout cookies to all kinds of tasty treats.

"We also have other great items: a hygiene kit, candy,” said Raab.

Photos of past special deliveries for troops show every box really counts.

"So, we [have] got to do what we can to send them some extra love," said Raab. “We're going to be sending them all these care packages."