Depending on the size, Christmas tree prices range anywhere from around $30 to $90, with the average price nationwide being $76. 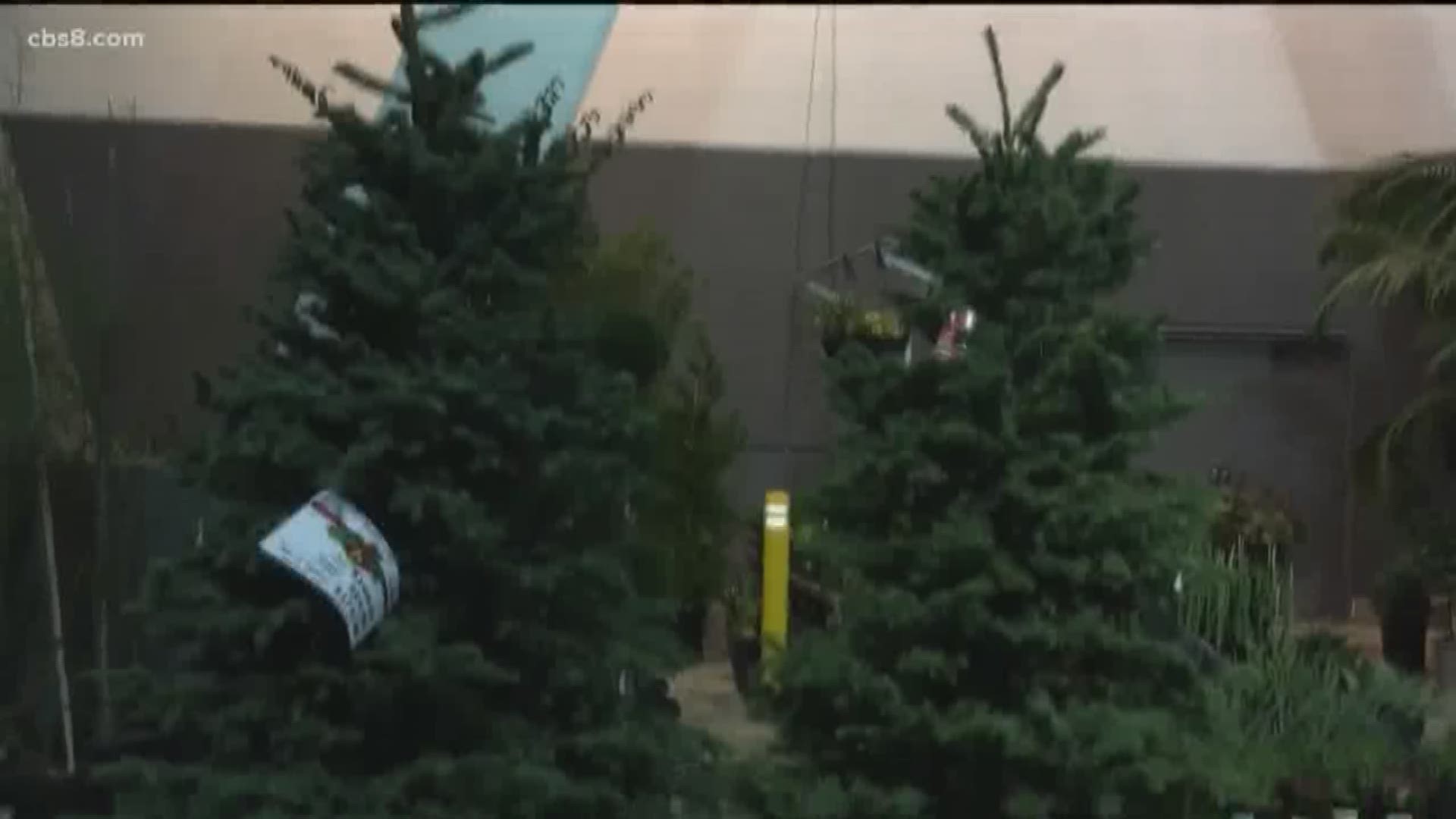 SAN DIEGO — There aren't many places where the sound of chainsaws can bring people so much joy. But Christmas tree lots are definitely one exception this time of year.

“Just doing some tree shopping, trying to get ready for the holidays,” said Chris Deal who was picking out a tree at Mr. Jingle’s Christmas Trees in Clairemont on Sunday.

So, why get a real tree over a fake one you can use year after year?

"We always had a real tree in my family,” said Victoria Deal.

Keith, the tree lot's manager, says growing up in Northern California, his family went to an actual tree farm to cut their Christmas tree down.

"We can bring it back to that experience - as much as we can in San Diego at least,” said Keith.

But getting into the Christmas spirit may cost you a little extra this year due to an ongoing shortage of trees caused by droughts, floods and other weather disasters.

Experts in Oregon, the nation’s No. 1 supplier of Christmas trees, say prices for a holiday evergreen will remain higher this year due to a tight supply, according to the Associated Press.

Chad Landgren, with Oregon State University’s College of Forestry, says there are 400 fewer Oregon growers than there were 15 years ago and land once used for Christmas trees is now being used for less labor intensive crops. Many tree farms went out of business about a decade ago.

Depending on the size, prices range anywhere from around $30 to $90, with the average price nationwide being $76.

"I definitely notice a bit of an increase [but it’s a] once a year thing, so not a big deal,” said Chris.

"It brings back a lot of memories and I think it looks better,” Victoria said.