San Diego County was shook by a loud noise and earthquake-like shaking on Tuesday night and locals are sharing what they believe to be the cause of all the ruckus. 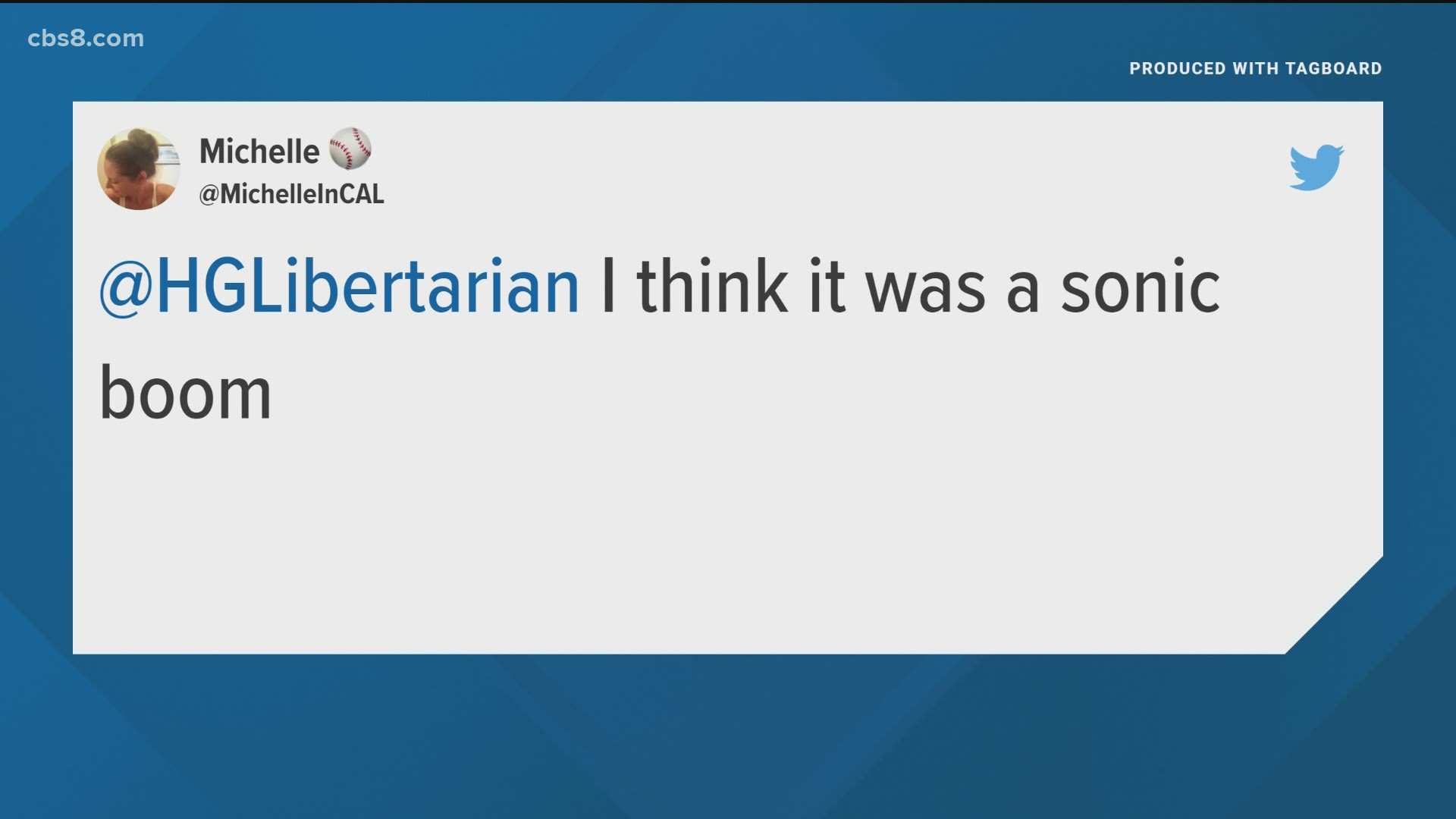 Everyone's first thought was, earthquake or sonic boom, however the U.S. Geological Survey reported no earthquake activity in the area at the time and there were no other reports of injuries or of a sonic boom.

This is the second time since March 2021 of reports of a loud noise shaking San Diego County. So, what caused the loud, "mystery boom"?

A few San Diegan's took to social media to explain what they believe caused this booming phenomenon.

Golf legend Phil Mickelson took full responsibility for the noise and said it was him, "testing a few drivers".

CBS News 8 reached out to the Marine Corps Air State Miramar for a response and they responded via email and said,

"After reaching out to our Airfield Operations section, I inquired about what aircraft we had in the air around the time the sound was heard, and we only had 2 KC-130s in our air space," said First Lt., USMC Shawn M. Doublet. "Those aircraft are our large cargo planes that are not capable of creating anything that resembles a boom. With that being said, the noise was not from one of our planes and/or operations."

San Diego Mayor Todd Gloria wasn't sure what caused it either, but he named it the #SanDiegoBoom.

Get vaccinated if you haven’t yet.#SanDiegoBoom

Another popular guess was, aliens did it, of course.

Good people of San Diego. You did not hear anything at around 8:30 pm this evening. Please go about your daily business. Oh, and there is no such thing as aliens or Men in Black. #SanDiego #sandiegoboom
🛸 🛸 🛸👽👽👽 🕶️ 🕶️ 🕶️ pic.twitter.com/bb5E7LMeYD

i'm convinced the #sandiegoboom was aliens

Or was it just...Paranormal activity? We may never know.

Though the #SanDiegoBoom might have scared locals, it brought inspiration to others.

Looks like we have a name for the new soccer team: the #SanDiegoBoom https://t.co/zwXLpaLYrf

WATCH LIVE: Did you hear or feel it? 'Mystery boom' experienced across San Diego County. (June 2021)