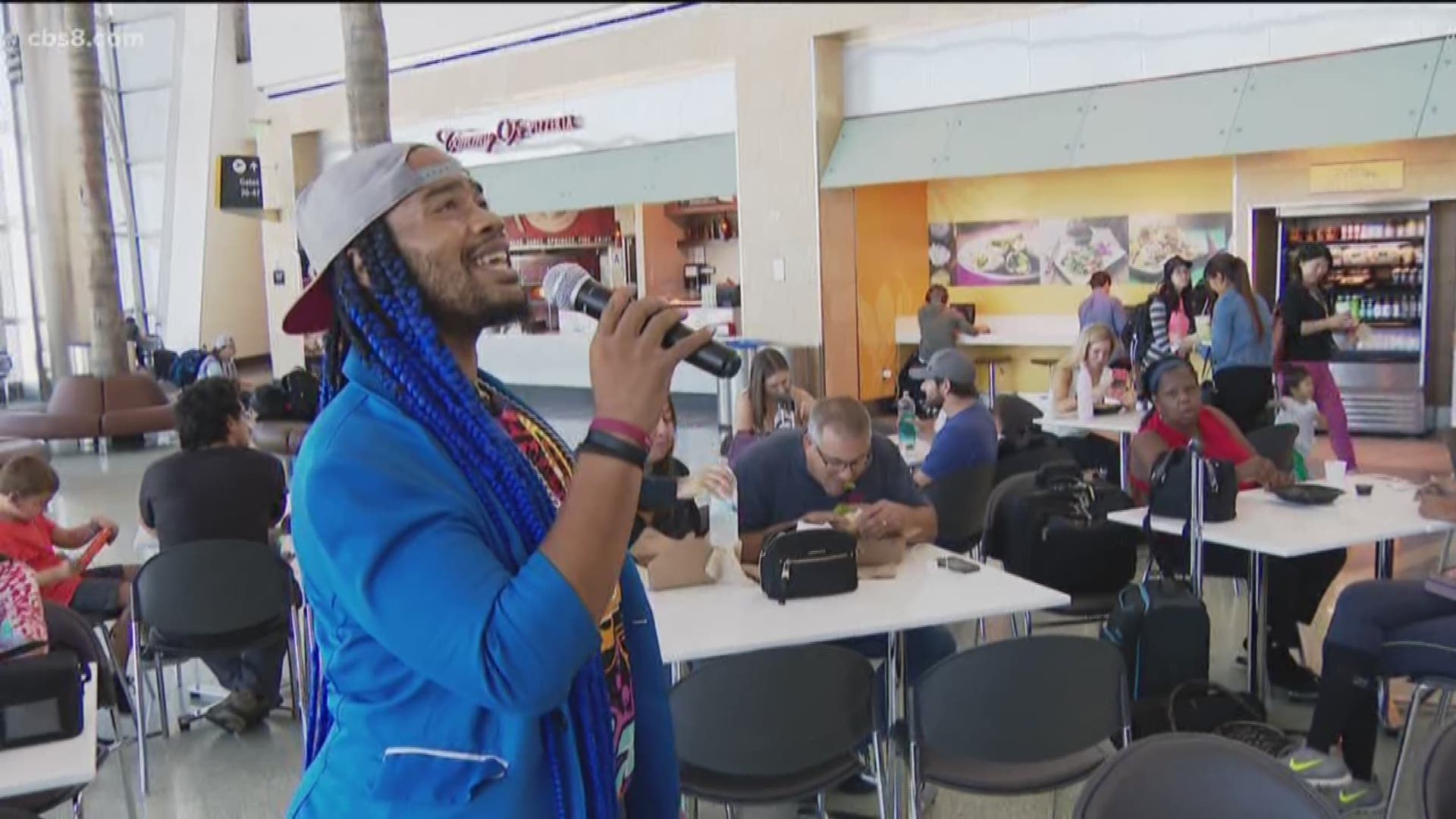 The residency originally launched in 2016 as the first in the United States.

At Terminal 2 West at San Diego International Airport inside Sunset Cove Food Court, passengers will hear a soft voice singing that gets louder. Passengers inside usually swivel their heads, drop their forks, look up from their phones to see where the voice is coming from.

“It’s my role in this world to do that, and do it out loud, and every unconventional and sometimes uninvited place that I can be bring that,” said performer Dairrick Khalil Hodges.

The spoken word “Sparkle” is about Hodge’s relationship with his mother who took her life and how she communicated through music. He last saw her at a food court at the San Diego International Airport.

“I thought it was very intimate and heartfelt, and the singing was beautiful,” said Houston passenger Pam Segmond.

Slowly you can see the connecting flights taking place inside the food court.

“When you hear an authentic message it just makes you reflect a little bit,” said Georgia passenger Brooks Mendell.

“The way it ended, everyone was sort of looking at each other. You could see the people who were paying attention. There was a gal over there, we looked at each other and it was like is it over?”

Hodges said the performers create an authentic expression through their words and songs.

“It gives people an opportunity or permission to step outside of that and to do that thing that we don’t always get to do which is be and enjoy and connect,” said Hodges.

As the 12 minute performance ends in the middle of the airport bustle you see the connections made with all ages in an airport food court.

“It really touched me because he wanted his voice to be perfect at the end of the day so he could sing for her,” said 12-year-old Cuau Samaniego.

Blindspot Collective will have a residency at the airport in Terminal 2 West until the end of the year.

There is an open call for a residency at the San Diego International Airport for next year. Application deadline is September 9.