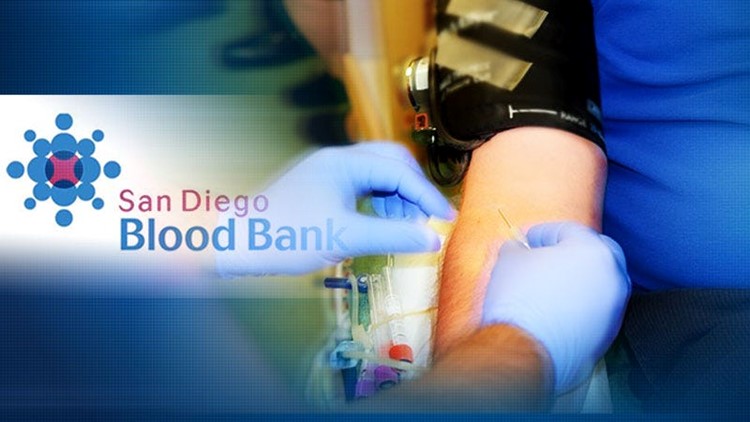 SAN DIEGO — The San Diego Blood Bank announced Monday that it is accepting blood donations in honor of those injured during the deadly weekend shootings in El Paso, Texas, and Dayton, Ohio.

Blood bank officials said they received multiple calls from residents asking how to donate blood locally for victims of the shootings.

"Our thoughts and prayers are with all the victims and their families," said blood bank CEO David Wellis. "We stand ready to send blood to the affected areas if needed."

RELATED: Unknowns in Dayton shooting: Did gunman target his sister?

RELATED: After tragedy in El Paso, nearly 200 people show up to donate blood

On Saturday morning, a gunman opened fire in a crowded Walmart store in El Paso, leaving 20 people dead and injuring more than dozen others. Two more victims have since died of their injuries, bringing the death toll to 22, authorities announced this morning.

News footage showed people in El Paso lining up in the hot sun over the weekend to donate blood.

Early Sunday morning, an assailant wearing a mask, body armor and hearing protection opened fire at a bar in a popular entertainment district in Dayton, leaving nine people dead and at least 27 wounded.

Eligible blood donors must be age 17 or older, at least 114 pounds and in good general health, according to the San Diego Blood Bank, which will take walk-in donors but encourages prospective donors to make an appointment at sandiegobloodbank.org/donate or by calling 800-469-7322.