Brewing for Diversity Scholarship is worth more than $6,000 for people of color who enroll in the Brewing program at UC San Diego. 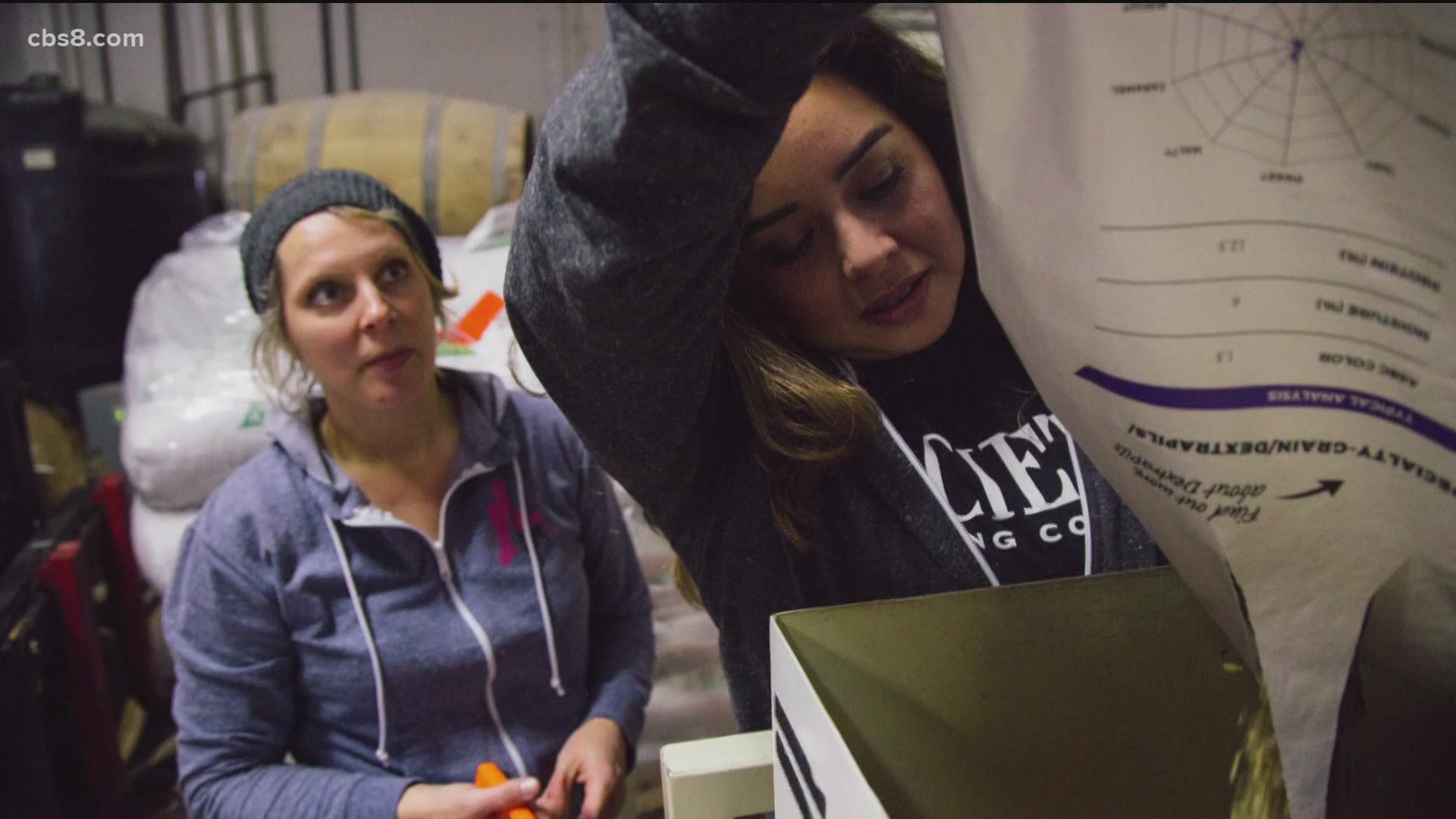 SAN DIEGO — A local brewery says it wants to help diversify its industry and is offering a scholarship for people of color who want to learn the business. Ballast Point Brewery has partnered with UC San Diego Extension to make it all happen.

It's celebrating 25 years in San Diego but was purchased by Chicago-based Kings and Convicts Brewing last year. The new CEO Brendan Watters says shutting down due to the pandemic and seeing the racial unrest moved him to want to make a difference in the brewing industry.

“We wanted a more diverse company. We wanted to be representative. We want brewing to be like the community we live in. Brewing for a long time in the craft beer world was a lot of White dudes. People from all walks of life enjoy beer,” said  Brendan Watters, CEO of Ballast Point Brewing.

According to the Brewers Association, over 76% of production staff and 89% of brewers are White. Ballast Point says it’s now offering the Brewing for Diversity Scholarship worth more than $6,000 to people of color who enroll in the Brewing program at UC San Diego.

“Many people don’t think that this is an avenue that’s possible for them. So, there’s an element of communicating that it is possible,” said Watters.

Misha Collins was a 3rd-grade teacher and part-time bartender for Ballast Point when she suggested creating the brewing scholarship. Watters agreed to create the fund. Then he hired Collins full-time as Community Engagement Manager.

“This helps all underrepresented, all races, to feel welcomed into this brewing industry and I feel like everyone is really excited about this opportunity, this initiative and more to come,” Collins said.

After completing the Brewing program, Ballast Point is also offering a paid internship that will teach the business side of brewing. The scholarship winner will be announced on May 31, 2021.

WATCH: News 8 Throwback 1978: A trip to the brewery in Tecate, Mexico: