Construction began to fulfill the president’s campaign promise in 2017, largely by replacing sections of existing barriers between the U.S. and Mexico. 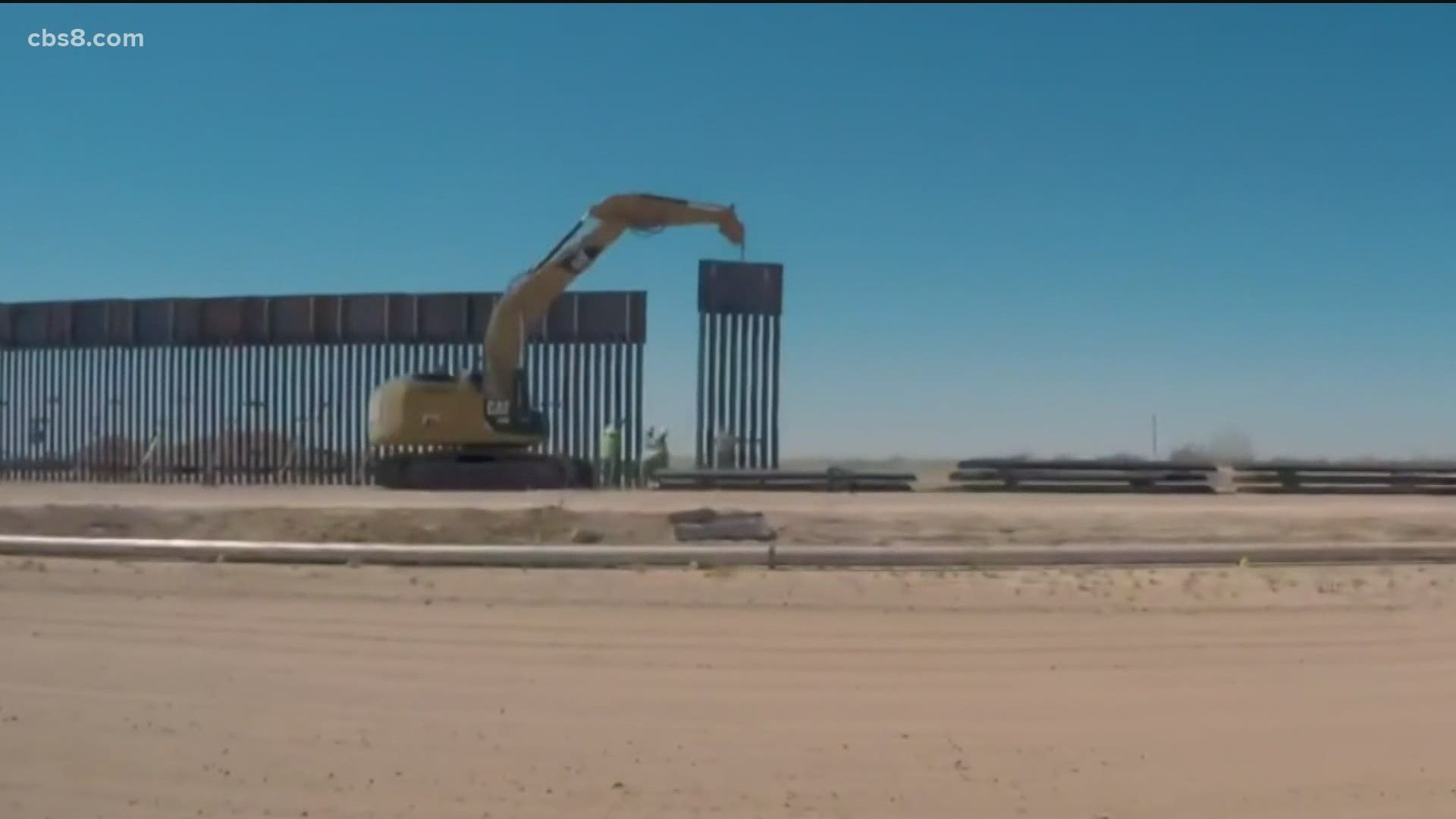 SAN DIEGO COUNTY, Calif. — The Trump administration marked the 400th mile of border wall construction Thursday in McAllen, Tex. Construction began to fulfill the president’s campaign promise in 2017, largely by replacing sections of existing barriers between the U.S. and Mexico.

Locally, about 12 miles of replacement primary and secondary fencing were installed. The first barrier is 18 feet tall and the second is 30 feet tall separated by a new access road. Both were reported to have smart technology installed.

“It's not only that physical infrastructure, but it's the lighting. It's the cameras. It's the access roads. It's the entire border wall system that provides them a capability that they haven't had before,” said Acting Homeland Security Secretary Chad Wolf in an interview with News 8.

Border Patrol and Customs and Border Protection have said the new border wall is a deterrent for smugglers and pushes them to use traditional ports of entry, where it is easier to detect illegal items.

They were reassigned to other locations within the sector.

CBP also moved more officers to secondary screening, where more in-depth searches occur. Earlier this month, officers at the Otay Mesa Port of Entry made the second-largest methamphetamine seizure ever along the southwest border.

“We have a number of critics that actually want to roll back or tear down all of these procedures and I think that's a very dangerous move,” said Wolf. “It's not good for Homeland Security. It’s not good for border security. So, I would just... I would be very cautious about that. We're having to fight that in courts every day and elsewhere.”

The border wall construction has been the subject of dozens of lawsuits. Critics often question the cost of the project, which has cost billions of dollars more than expected, and its effectiveness.

All were torn down in 2019 after they were tested and evaluated after CBP found they could all be breached.

Homeland Security maintains the wall system works and has secured funding for construction on 300 more miles of the border wall.