Billboards advertising cannabis are prominent in many areas of San Diego. While some locals see it as a problem, others say they see no cause for concern. 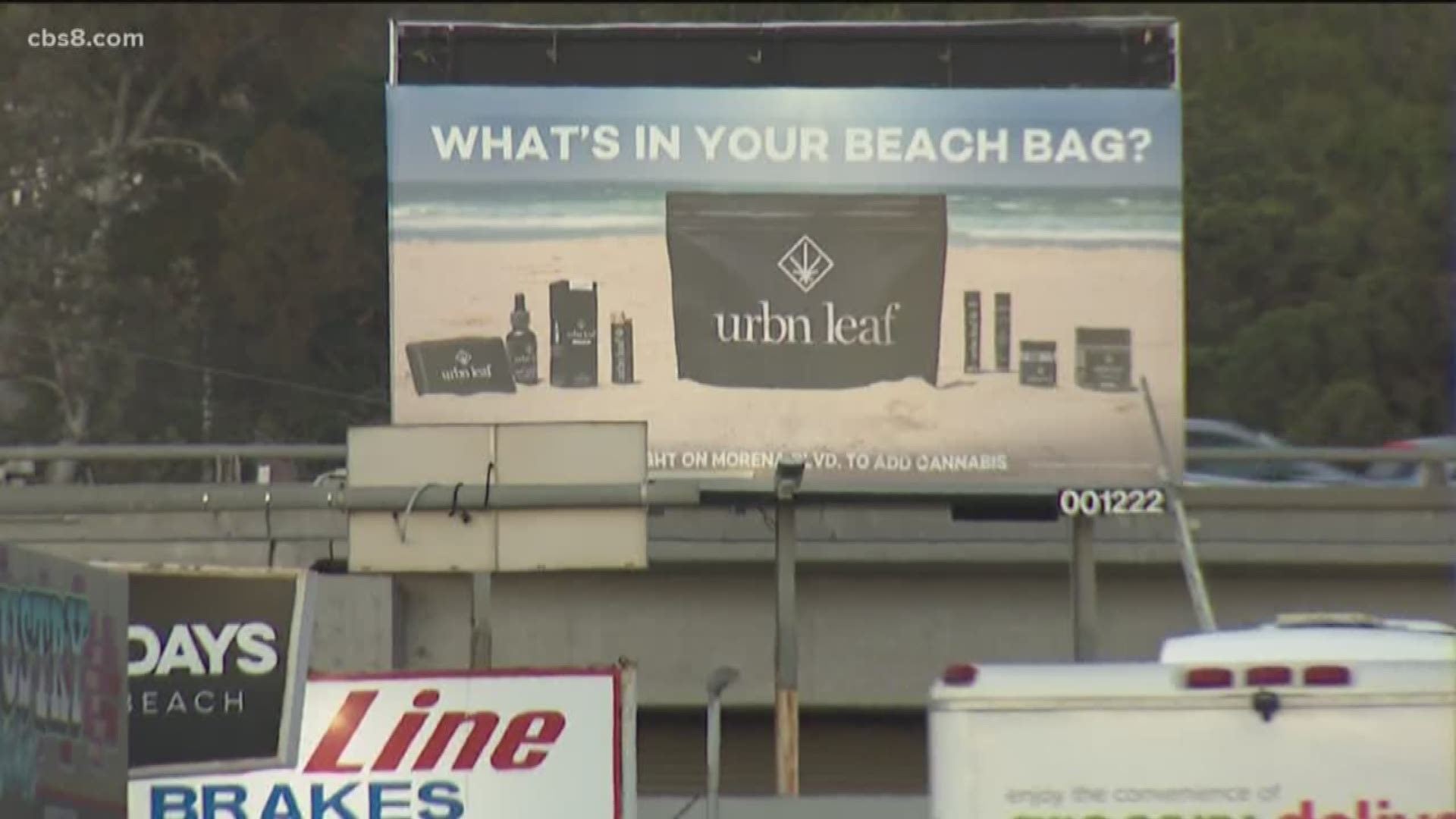 SAN DIEGO — A new city proposal in San Diego aims to crack down on billboards that advertise marijuana companies and services. If approved, the rule could force some of the ads to be taken down.

Billboards advertising cannabis are prominent in many areas of San Diego. While some locals see it as a problem, others say they see no cause for concern considering marijuana is legal in California.

City officials are now considering a new rule to have some of those signs taken down.

RELATED: First ever cannabis cafe in the nation opens in Southern California

Cate has put forth a proposal that would ban cannabis billboard ads within 1,000 feet of schools, public parks, playgrounds, day care centers or youth centers. The plan originally included churches and residential areas, but that portion has since been dropped.

"When it came to billboards, we didn’t want to infringe on anyone’s First Amendment rights," Cate said.

Some in the marijuana industry have also expressed support for the proposed rule because it also would prohibit illegal dispensaries from taking out ads by limiting the billboard space to only permitted businesses.

"They have every right to advertise; we're just saying that there are certain locations where we don’t want them to promote - similar to alcohol and tobacco businesses,” said Cate.

Kellsee Larios is a nurse who says she does not see the need to get rid of any of the ads.

"If it brings more awareness then kids ask more questions and get more information on it,” she said. “But the more you hide something, the more kids want to seek it out"

The proposal is expected to be approved by the San Diego City Council by the end of the year.