Under the ordinance, rent will not be completely forgiven for renters who are behind on payments; landlords will be paid 80% of what is owed from the state. 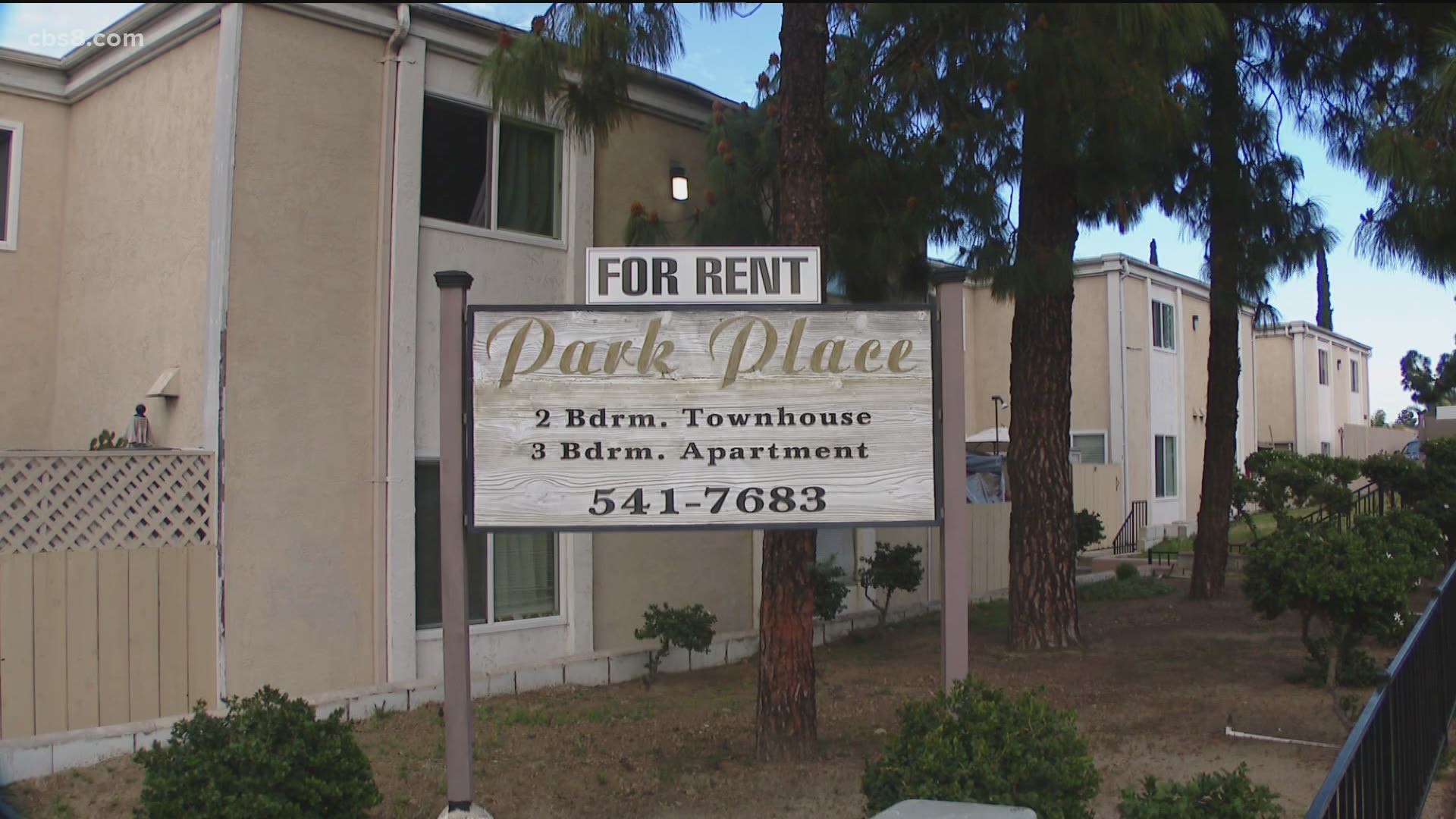 Under the ordinance passed, rent will not be completely forgiven for renters who are behind on payments. Instead, in exchange for forgiving 20% of what is owed and not pursuing eviction, landlords will recoup 80% through the state’s rent relief program.

This will last until 60 days after Governor lifts all stay-at-home orders.

Supervisor Nora Vargas drafted this county-wide ban on nearly all evictions, which will close several loopholes left open by the statewide ban, including allowing landlords to evict tenants in order to rehab a property or move into it themselves.

Leading up to the 3-2 vote Tuesday night, many property owners spoke out against the measure.

"You are going to destroy the San Diego housing market," one landlord said.

"It is not  just renters who are squeezed right now,: added another property owner. "It is also the small landlords."

This ban would permit evictions provided that there is an "imminent threat to health or safety."

It would also be temporary, expiring 60 days after the state lifts all COVID-related stay at home orders, which the governor has said would happen on June 15

Supporters of the ban say it is not only compassionate but critical to personal health.  One renter Tuesday night explained she received an eviction notice from her landlord.

"And because of that, and me and my husband having to go out and try to find new housing,: we contracted COVID," she told the Board of Supervisors during public comment.

"The laws that we have right now are not enough," another supporter of the measure said. "People are still being kicked out because landlords are still taking advantage of the loopholes."

Prior to Tuesday night's vote, Coronado Mayor Richard Bailey said the ordinance would hurt not only landlords but tenants as well.

“This policy really sets them up for failure, and so when they are finally unable to pay this large bill that is due and they are evicted, they are going to have a very difficult time in the future actually finding a place to call home again,” said Bailey.

Today was a huge victory for our county’s most vulnerable citizens & I thank my colleagues @SupFletcher @SupLawsonRemer for standing in solidarity with the thousands of residents facing eviction through one of the hardest economic crises of our lifetime.

I ran on the premise... pic.twitter.com/QZiN8LIfvC

Supervisors narrowly approved the ordinance during the first reading last month. However, the reading was highly contentious with roughly five hours of public comments from tenants' rights groups and landlords.

In order to pass the ordinance needed three out of five votes.

Vice-Chair Vargas was joined by tenants, landlords and elected officials during a press conference to discuss her proposed eviction moratorium Tuesday morning.

This strengthened eviction ban passes as a new on-line resource becomes available for tenants who are unsure of their rights as renters and are looking for assistance to remain in their homes.

That web site, called Housing Help San Diego, provides a 'one-stop shop' for renters, gathering together all of the financial and legal assistance now available to local tenants, including weekly Zoom workshops.

"A big issue is trying to get money to the people who need it, so this is another reason for this website," she said. "People can learn about their rights and also ask specific questions: 'This is happening to me... what can I do?"