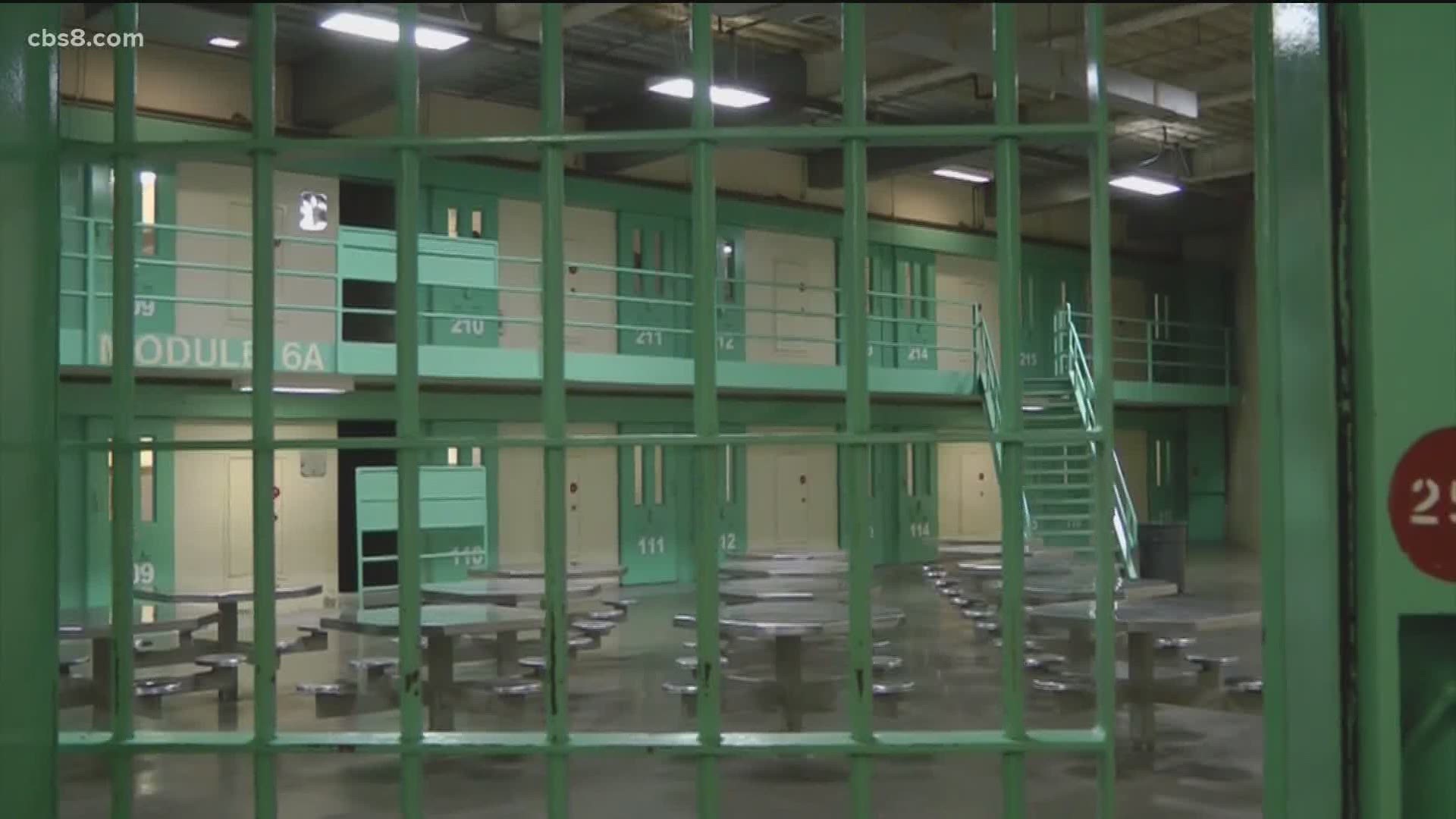 SAN DIEGO — San Diego County courts remain closed during the coronavirus pandemic, while a statewide order is in place setting zero bail for all misdemeanor crimes and some felonies.

The justice system continues to operate behind the scenes despite legal challenges, including defense motions to dismiss charges, which have become routine during criminal arraignments in San Diego County.

“I am objecting to Mr. Martinez's untimely arraignment and move to dismiss based on his right to due process and a speedy trial. My client has been in custody for 45 actual days without being arraigned. This violates the Chief Justice emergency rule that extends arraignment to seven days,” said San Diego County Deputy Public Defender Liza Suwczinsky during a recent murder arraignment.

By state law, people arrested have to be arraigned within 48 hours. Under emergency pandemic orders by the Chief Justice of the State Supreme Court, that deadline has been extended to seven days for serious felonies. Even when that seven-day deadline is missed, charges are not dismissed.

In an effort clear out jails during the coronavirus pandemic, the State Supreme Court Chief Justice ordered inmates with misdemeanor or low level felony charges be released on zero bail.

“The reason zero bail was set was to provide immediate release so they did not get infected with COVID and we didn't have lots of people mashed into a jail cell,” said criminal defense attorney Gretchen von Helms.

Von Helms is trying to get the case against her client dismissed during a remote video hearing. Her client's been in jail for two and a half months on drug charges with no bail because he also violated probation.

“This is the type of case that is intended for somebody to be released. It's a drug case. It's nonviolent,” von Helms said.

During the remote hearing, the judge agrees to a stipulated dismissal and probation is reinstated.

Many defense attorneys believe the San Diego County District Attorney is not doing enough to release inmates on zero bail.

Since the pandemic hit, the population of San Diego County jails has dropped from about 5,500 inmates in February to the current population of about 3,800 inmates, according to the district attorney’s office.

Those numbers are proof that San Diego County is adhering to the statewide order, according to District Attorney Summer Stephan.

“There's only 10 percent in custody that are misdemeanors, 90 percent are felonies, and 75 percent of those are serious and violent felonies,” said District Attorney Stephan.

“I use this as a measure to tell whether the right people are in our jail system,” Stephan said.

“The zero bail is not a get out of jail card where everybody gets zero bail and they can keep committing crimes multiple times and still get zero bail,” Stephan said.

A San Diego appeals court agreed in a recent ruling, saying the statewide zero bail order was not mandatory and judges still had the right to increase bail on a case-by-case basis.

“We can and will continue to balance the public safety of our community by having thoughtful decisions that are case by case that take in all the factors. But we also acknowledge there's a pandemic,” Stephan said.

The argument over the zero bail order and how it gets enforced is headed to the state supreme court, as the San Diego County Public Defender’s office has filed a petition for review.

San Diego County Superior Court is set to reopen on May 26, following the Memorial Day holiday weekend. The district attorney said the biggest challenges will be jury trials and keeping court employees safe.