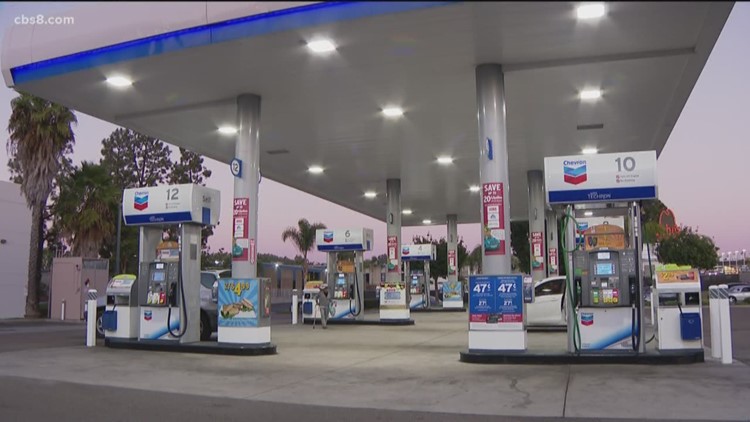 SAN DIEGO — The average price of a gallon of self-serve regular gasoline in San Diego County dropped seven-tenths of a cent Wednesday to $3.557 after rising three of the previous four days.

The average price is two-tenths of a cent more than one week ago and 25.8 cents higher than one year ago but 2.3 cents less than one month ago. It has fallen 4.5 cents since the start of the year.