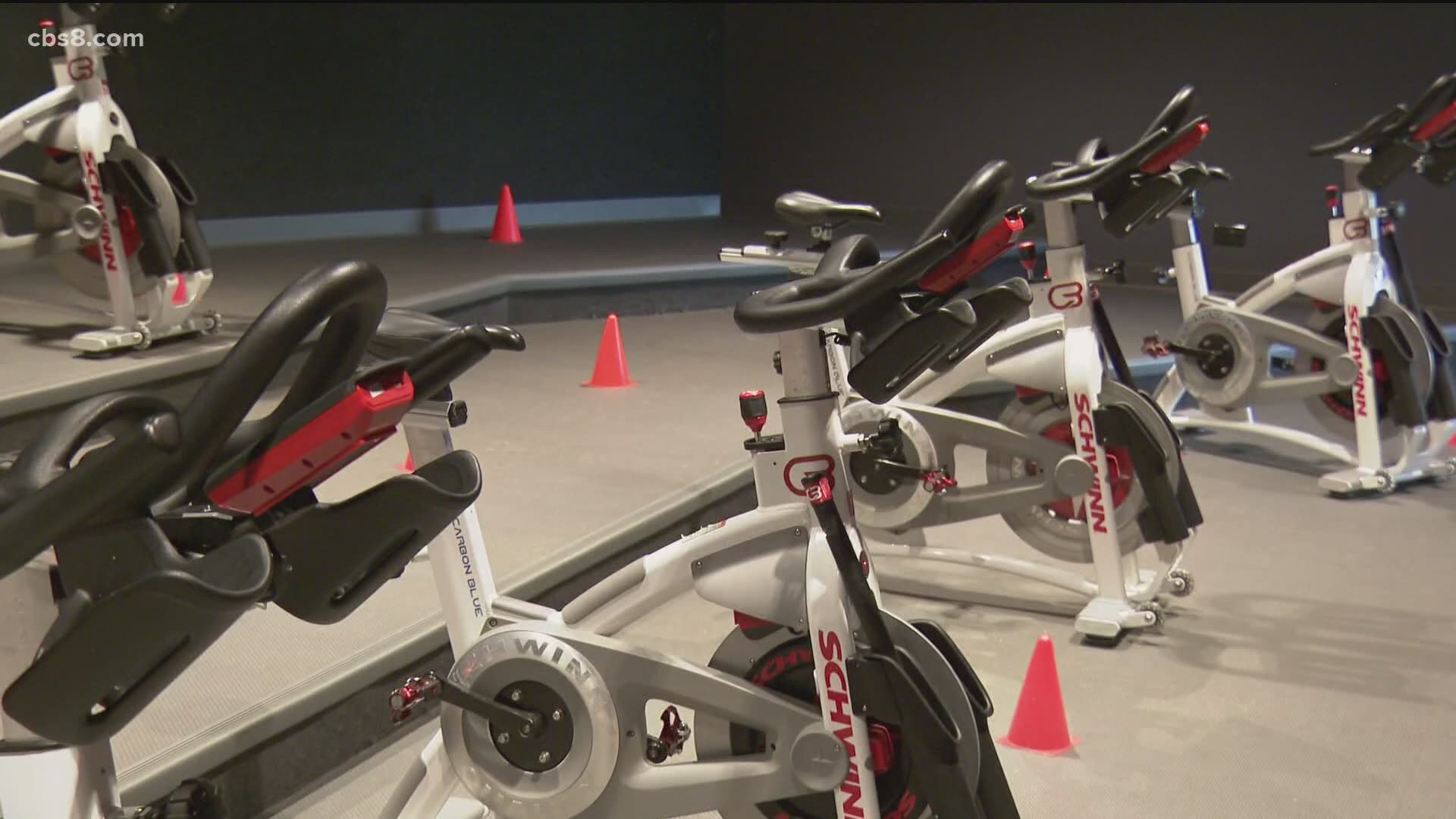 “We know these restrictions will take some getting used to, but they are a small price to pay,” said Chairman Greg Cox.

All piers and boardwalks in the city of San Diego will reopen today amid a flurry of re-openings set for this week.

East and West Mission Bay Parks reopened Monday for park and water uses, plus its parking lots are now open at 100% capacity. Fiesta Island reopened Monday for pedestrians, dogs and cyclists, but will remain closed to vehicles until July 6. outdoor recreation such as sport and charter fishing expeditions are now allowed.

Cox said people can now do certain activities within their household on the beach, such as throwing a frisbee or playing volleyball. Certain beach parking lots can reopen if the local jurisdiction decides.

“The timing couldn’t be better with the weather about to heat up,” said Cox.

Supervisor Nathan Fletcher said there’s a lag between when the virus initially spreads and when that is actually confirmed - often weeks later. For this reason, county supervisors are urging people to still practice social distancing, strong hygiene habits, and remain patient.

"No outbreaks to date have been associated with [local] restaurants," said Dr. Wilma Wooten on Monday.

8,619 people have tested positive total countywide for COVID-19. 296 people have died countywide, according to Wooten. The 143 new cases represent 4% of the total tests reported Monday, slightly higher than the region's rolling 14-day average.

San Diego economists run the gamut on their predictions of the post-pandemic economic recovery, with some saying it will be a long protracted struggle, and others predicting it will go quicker than anticipated.

More bullish than most is Alan Nevin, director of economic research with Xpera Group, a construction and real estate consultancy.

"The vast majority of economists feel it is necessary to take a doomsday view because they don't think there is any benefit to them projecting anything positive, and they all hopped on the negative bandwagon. I'm not one of them," Nevin said.

"The reality is small businesses opening now are finding a great enthusiasm. Hairstylists, particularly women, are overwhelmed. Small restaurants seem to have done well with take-out, and restaurants with outdoor patio seating have done especially well," he said.

"It's going to be a very slow transition back," London cautioned. "People will be scared and wary following the pandemic. That translates into less business for restaurants, hotels, attractions, etcetera. I think that is our reality for the balance of this year."

Bob Rauch of RAR Hospitality, a hotelier with more than four decades of hospitality-related management experience, is downright bearish about that hard-hit economic sector and its prospects for a quick turnabout.

"The outlook is not a rosy picture for a number of reasons," said Rauch, who characterizes the pandemic-induced status quo in the industry now as "a complete disaster."

Rauch said, "Hotel occupancy is usually about 80% in April, May and June, and up to 90% in July and August. But with no conventions and no large corporate groups this year, hotel occupancy was about 20% in April, about 30% in May, and may be up to 40% in June. And we're assuming it will be about half of normal the rest of the year."

Nevin defended his economic optimism turning the corner into summer.

"You have 25 million people within two hours drive of San Diego County and they want to go to the beaches," he said. "Our traditional hotels, not those that are convention-oriented, will do very well. The big guys downtown who rely on conventions will not do well."

"Once Legoland, the San Diego Zoo, SeaWorld and other attractions reopen, that will resuscitate the tourism business in the third quarter," he said.

"Anybody who suggests there is going to be a quick, classic, V-shaped recovery: they're mistaken," he said. "It's just not possible."

London believes a COVID-19 vaccine is the one thing that would signal an economic recovery from the pandemic.

"The milestone event will be when a vaccine is developed, distributed, and the majority of the population is inoculated," he said. "That will be the moment when we can target some timeframe for a recovery, perhaps the beginning of next year."

Rauch pegs the chances of an economic rebound not to vaccine development, but rather to how strict -- or loose -- health restrictions imposed on the rebounding economy will be moving forward.

"If the governor is able to loosen up travel restrictions, I think this summer will be OK," he said. "But with hotel occupancy likely half of usual, room rates that usually cost up to $200 a night may not get much over $100. Only if leisure business is allowed could we have a reasonably decent summer. We have a market for people who can drive here. But air travel is not going to come back quite as quickly."

Nevin said the circumstances behind the current state of the economy defies comparisons to the 2008 recession.

"This COVID-induced economy has been a blue-collar recession, whereas the last one we had was construction and real estate related," he said. "Construction was deemed an essential industry. And, right now, contractors are really desperate for employees. They just cannot get them."