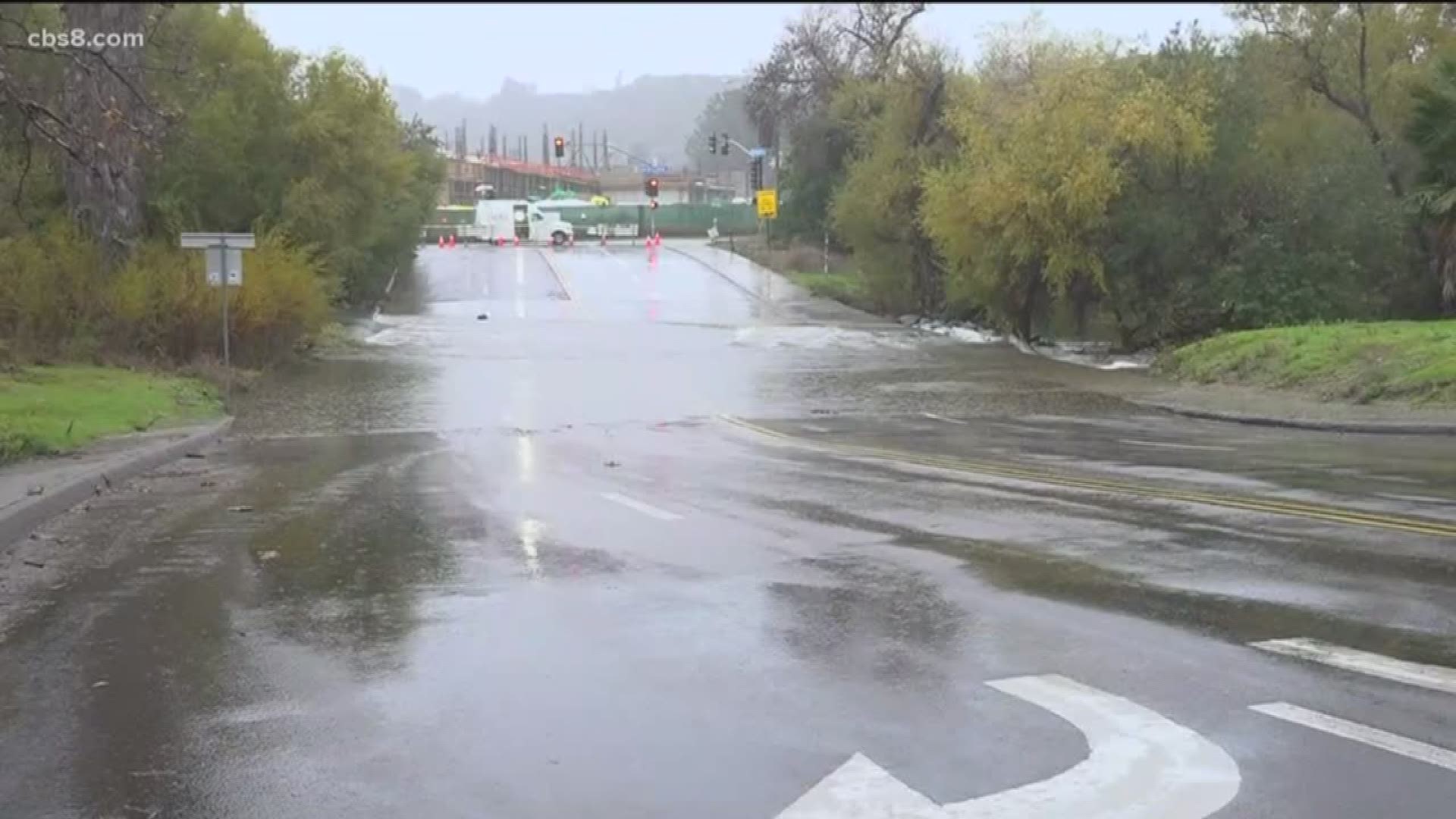 SAN DIEGO — County environmental health officials issued a water contact advisory Wednesday for all coastal beaches and bays due to contamination from urban runoff from this week's rainfall.

The Department of Environmental Health warned swimmers, surfers and other water users that levels of bacteria can rise significantly in coastal waters, particularly near storm drains, creeks, rivers and lagoon outlets that discharge urban runoff. Water contact should be avoided for at least 72 hours following a rainstorm, according to the DEH.

The general rain advisory for urban runoff contamination applies to all coastal beaches, Mission Bay and San Diego Bay. While many coastal outlets are posted with permanent metal warning signs, additional temporary signs are not posted for general advisories.

The county also kept its water-contact closure in effect between the Tijuana Slough National Wildlife Refuge and the Imperial Beach shoreline, issued after rainfall this week caused contaminated water in the Tijuana River to flow into U.S. waterways. County officials regularly issue beach closures after rainstorms due to contaminated flows from the river.