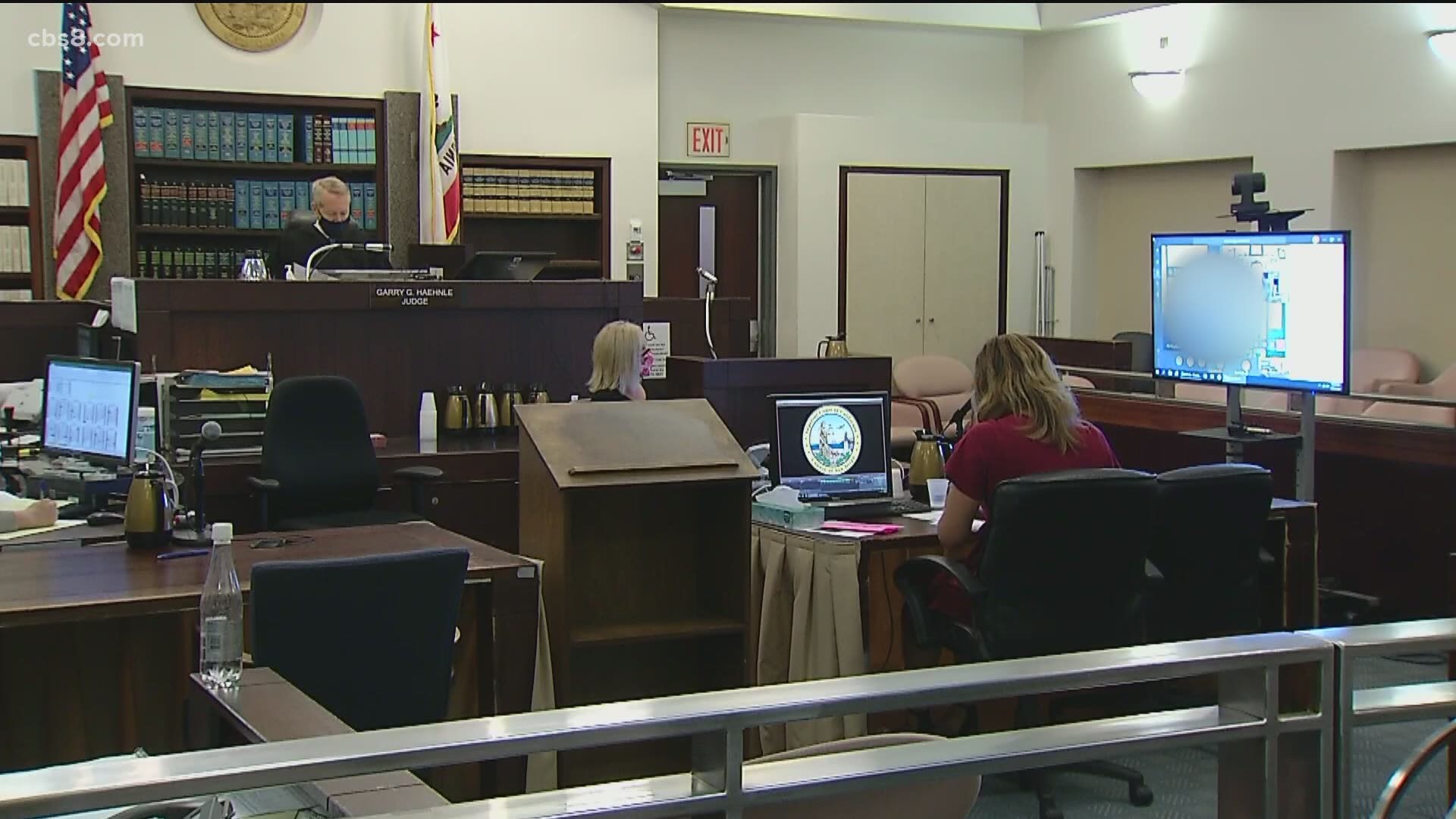 SAN DIEGO COUNTY, Calif. — A San Diego County sheriff's deputy pleaded not guilty Wednesday to 20 felony and misdemeanor charges related to sex acts with underage girls, as well as attempts to meet up with minors for sexual purposes.

Chula Vista Police arrested Jaylen Devon Fleer, 27, last week following a nearly four-month investigation. Fleer, a member of the sheriff's jail and court-services unit, is charged with counts that include lewd acts upon a child, contacting a minor with intent to commit a sexual offense, and sending harmful matter to a minor.

Judge Garry Haehnle ordered Fleer's face not be shown in court per his attorney's request. Fleer was wearing a white face mask and green jumpsuit and was shown via video conferencing to the Chula Vista courtroom.

He faces 18 years and four months in state prison if convicted of all charges, according to the San Diego County District Attorney's Office.

The case came to light April 9, when San Diego County Crime Stoppers received tips regarding an unidentified man who allegedly had engaged in sex acts with a juvenile, according to Peak.

"Investigators were able to identify the suspect and also determine that there were two additional underage victims," the lieutenant said, adding that the alleged offenses "had no nexus to (Fleer's) employment."

The criminal complaint indicates there are four victims, identified as Jane Does 1 through 4. The alleged acts occurred between March 27 and April 8 of this year, the complaint alleges.

The alleged relationships between Fleer and the victims has not been disclosed, and it was stated during Fleer's arraignment Wednesday morning that the victims do not know each other.

Fleer was once a star pitcher for Santana High School's baseball team in 2011. His former schoolmate, Christopher Edmondson, said he was in utter shock to hear about Fleer's alleged conduct.

"[I'm] just really surprised and in utter disgust honestly. A lot of the people who knew him really well are pretty disgusted with him, especially with him being a cop and everything. You're supposed to be held to a higher standard," Edmondson said.

While the general facts of criminal court cases are typically laid out in open court during arraignments when attorneys make bail arguments, those arguments were held in private during Fleer's arraignment.

San Diego County Superior Court Judge Garry Haehnle said he had concerns about the privacy of the alleged victims, and asked members of the media to leave the courtroom while attorneys made their arguments regarding Fleer's bail. Public live-streaming of the proceedings, which have been broadcast over YouTube during the COVID-19 pandemic, was also halted while bail arguments were made.

During the investigation, Fleer, who has been with the Sheriff's Department for just over five years, was removed from a post at San Diego Central Jail and placed on desk duty, the agency reported. He had no on-duty contact with the public after being reassigned, officials said.