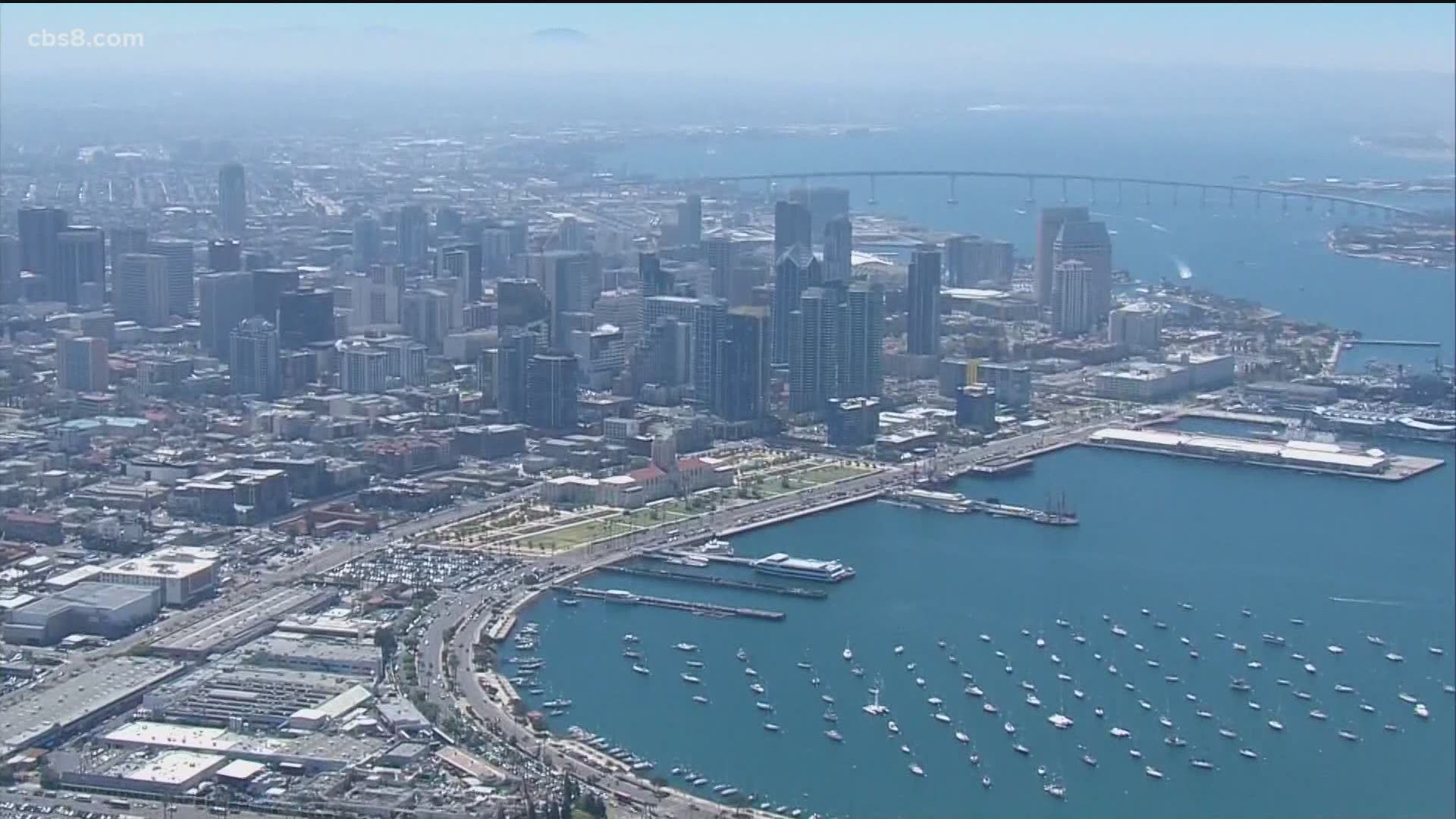 Including additional requests by supervisors or department leaders since it was first unveiled in May, the budget includes roughly $2.7 billion for health and human services, $2.2 billion for public safety, $1.5 billion for general government and $600 million for environmental programs.

"Congratulations everyone on a job well done on passing the budget," board Chairman Nathan Fletcher said before adjourning the meeting.

Fletcher said in a statement that the budget "reflects the new direction we are taking in the county government."

"Earlier this year, we introduced foundational policies crafted to change our county's trajectory and build a framework for our future," he added. "This budget supports our vision of a more equitable and inclusive county focused on community-centered policy."

A major focus of this budget is addressing the homelessness crisis throughout the county, including hundreds of millions of additional dollars for behavioral health services.

'We are really doing things differently," Fletcher told News 8. "You have got to go and engage that chronic population that has severe mental health and severe substance abuse issues. This requires a different level of engagement and workers, and different places to take them."

The 2021-22 San Diego County Budget has passed! This budget contains significant funding for many of our top priorities, included in our Framework for the Future. Thank you to everyone who participated in this process. #ForOurFutureSD #PorNuestroFuturoSD

Chief Administrative Officer Helen Robbins-Meyer said the budget is "a culmination of tremendous effort" by the Board of Supervisors, county staff and the public.

"We spent the last six months listening to each other," Robbins- Meyer said. "This is a budget that reflects the needs of all of our residents, while maintaining a prudent fiscal position."

Robbins-Meyer added that the county is "in a moment in time that may not ever occur again," as the 2021-22 budget represents a $700 million increase and 1,000 new staffing positions.

-- $4.5 million for a new office of Evaluation, Performance and Analytics to increase county efficiency;

-- $5 million to provide a right to legal counsel for immigrants facing deportation;

-- increased medical and behavioral health services in county jails with 160 new employees and $24.865 million in funding;

-- establishing an Office of Labor Standards and Enforcement with five full-time employees and $1.1 million in funding;

-- establishment of the Office of Immigrant and Refugee Affairs with five full-time employees and $2 million in funding;

-- $75 million in construction funding for phases two and three of the county's new Youth Transition Campus;

-- $10 million to design and build the Behavioral Health Crisis Hub in Hillcrest;

-- $2.4 million toward establishment of a Department of Homeless Solutions and Equitable Communities with 207 full-time employees, many of whom will be transferred from other departments;

-- $3.8 million to hire social workers to support development of school-age foster children; and

-- $400,000 for a doula pilot program to support Black maternal and infant health.

"San Diego County has never seen a budget like this before," said District 3 Supervisor Terra Lawson-Remer.

If we don’t stand up to protect our beaches, bays and coastline, who will? San Diego County’s new budget will help us lead the nation in protection of our oceans and water. #NewBoardNewBudget pic.twitter.com/SXA8am6Ko9

Supervisor Nora Vargas said that while the spending plan won't solve all the long-standing disparities that communities face, she's confident that it sets the county on the right path.

Vargas, also the board vice-chair, thanked the public for their input to create this year's budget.

"I come from your world (of) waiting many hours to make sure our voices were heard," she said.

"For unincorporated residents, we are their only government," Anderson said.

"This budget is also a down-payment on justice reform that so many fought for," she added.

"We will be the first coast community -  not just in California but the entire United States -- to use water testing technology to provide same-day water quality information," she said.

Supervisor Jim Desmond said he was glad the budget included funding for a program to help the homeless in North County, and an intergenerational facility in the community of Valley Center, but said he couldn't endorse teleworking stipends for county employees or funding the Office of Immigrant and Refugee Affairs.

Desmond said earlier this month that while he has compassion for immigrants and refugees, such an office should be run by the federal government.

Before voting on Tuesday, supervisors heard from residents during a short public hearing. Some praised the county budget for being more representative of local communities, while others demanded an audit of how much is spent on the Sheriff's Department.

To take a detailed look at the entire county budget, click here.

Today’s adoption of the 2021-22 budget moves us closer toward an equitable recovery that enables us to rebuild healthier & stronger communities.

I’m proud that the $7.03 billion reflects the needs, values, & priorities of our residents.