Eating indoors at a restaurant? Some say they're not comfortable yet

Restaurants and bars were busy welcoming customers back indoors during the first weekend of the red tier in San Diego County. 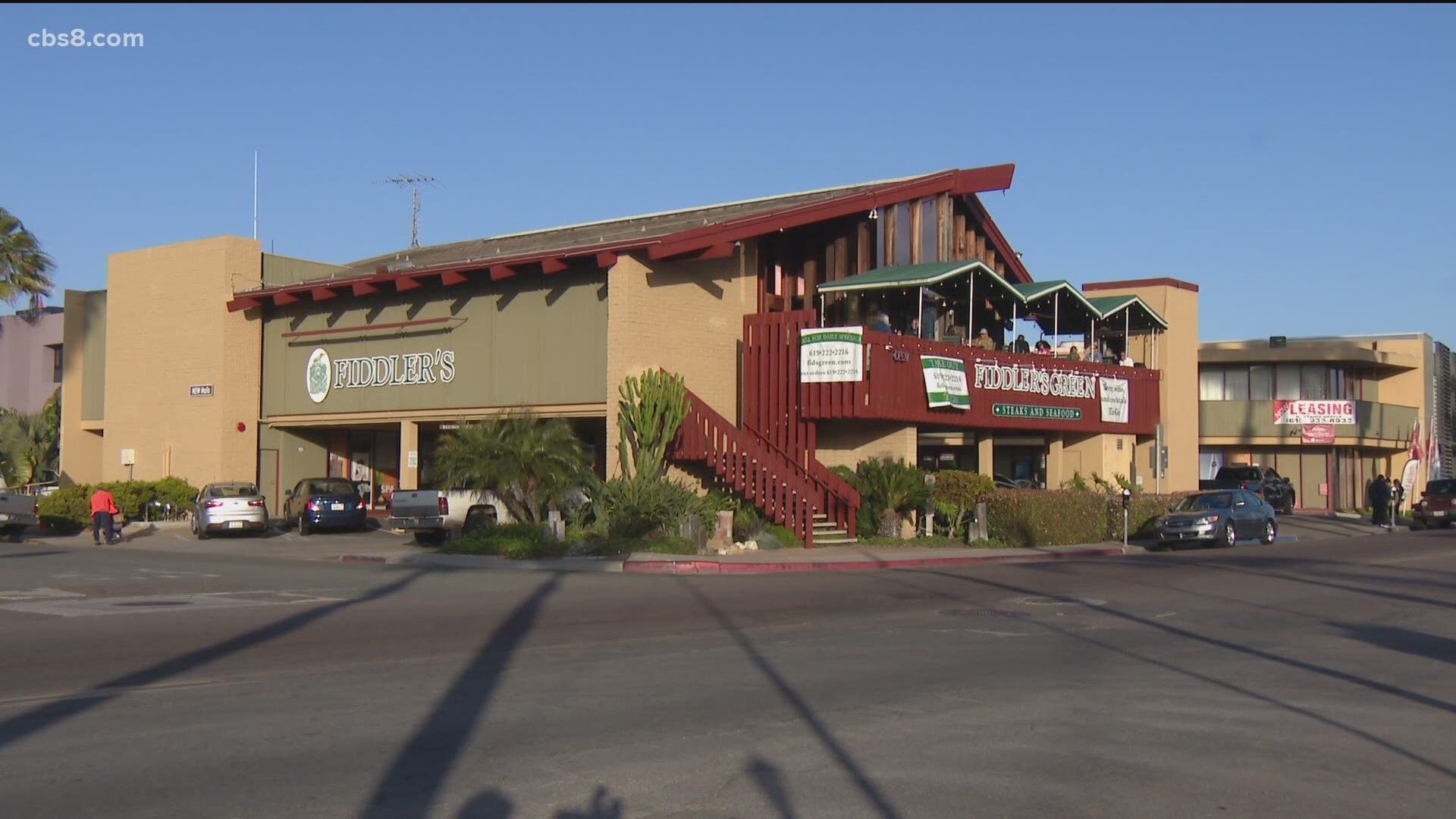 SAN DIEGO — It had been about four days since the state officially entered the red tier and businesses this weekend wasted no time getting their customers back indoors to serve them. The red tier requires a 25% capacity limit but some people are saying those guidelines are not being strictly followed.

For some people sitting inside of a restaurant, this weekend was no big deal.

“I don’t worry if someone else is not masked up. I just make sure that I maintain a distance and when I see that that distance isn’t maintaining, I maintain it. So I didn’t see that though tonight," said Charles Feariby, who dined out at Ketch on Shelter Island Saturday night.

But for others, they say it was a little unnerving, even in the red tier. One man said he went out to celebrate a birthday with friends so they made sure to take COVID-19 safety precautions, but not everyone did the same.

“It was OK. I think that we can do better with keeping the regulations a little more harsh. I feel like we were at places where they had the rules, but they weren’t necessarily respecting them,” said Connor Rittershofer, who dined at the Yacht Club.

Bill Edmunds told CBS 8 that he too wanted to celebrate his birthday this weekend by dining at Fiddler’s Green. He said he didn’t feel comfortable enough after being seated to stay at the restaurant with his family. He took pictures [seen in the video above] and complained to the owner about the crowd and that a cook wasn’t wearing a mask.

“I looked around the table and there’s my wife, my two daughters, my three grandkids, my whole life right around this table. Is a piece of prime rib worth my life and my family? No. So we just got up and walked out,” Edmunds said.

News 8 spoke to the owner of Fiddler’s Green who did not want to speak on camera. He said he’s doing everything he can to comply with state guidelines for the red tier and just wants to serve his customers.

News 8 also talked to other people at Fiddler’s Green who didn’t speak on camera but say they felt perfectly fine dining indoors. They also told News 8 they know the risks and will take the necessary precautions to keep themselves safe.