CHP said the wrong-way driver was going as fast as 90 mph. The driver and the detectives died at the scene. 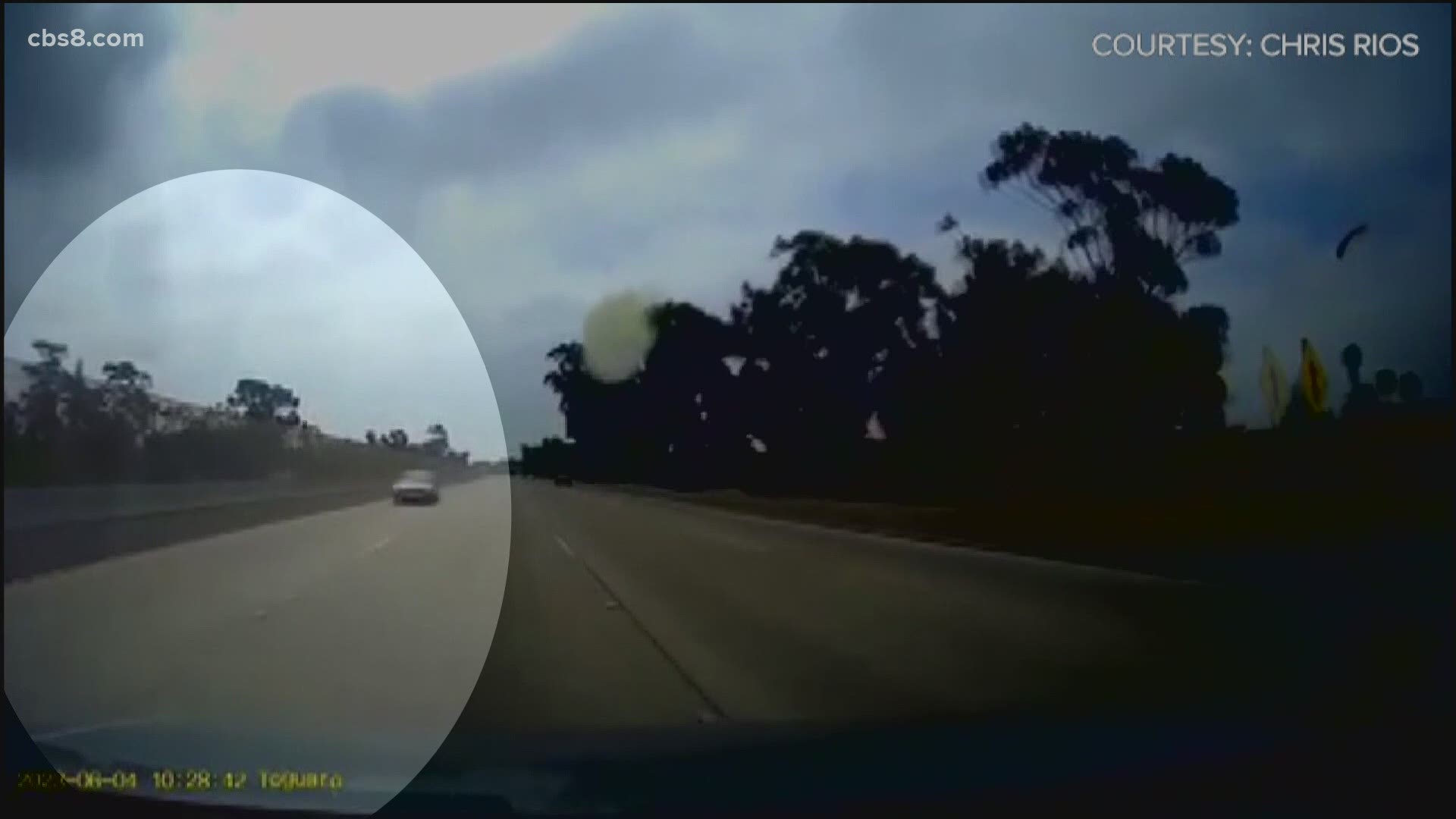 SAN DIEGO — California Highway Patrol is still piecing together what happened in the horrific, freeway crash that took the lives of two San Diego Police detectives Friday morning. Now investigators may have some new insight as to what happened from the dashcam video of another car on the freeway that day.

News 8's LaMonica Peters spoke with the man who caught the speeding car on video.

He said it was like something out of a movie, something you never expect to see and the wrong-way driver was going so fast, his car was shaken as it sped by him on the freeway.

“I felt hopeless and powerless to actually do something about it,” said Chris Rios.

Rios said nothing could’ve prepared him for what he saw Friday morning as he was traveling on I-5 South near the border. He was riding with a friend when he realized something was wrong.

“I said, 'what’s going on? Why is this person coming the wrong way?' So, I veered towards the right and I started honking at this person, but at this point, she didn’t stop at all. I just looked through my rearview mirror and thought, this person is going to kill someone,” Rios said.

Ryan Park and his wife Jamie Huntley-Park, two off-duty, detectives with San Diego Police, were killed when the Honda Civic Rios saw, collided head-on with their car. CHP said the wrong-way driver was going as fast as 90 mph. All three died at the scene.

“I dropped him off at the border and just came back up the 5 and as I was coming up, I saw the white smoke and firefighters were there. CHP was over there. I just looked towards my left, and I saw the car and the other blue little car. I just felt really bad,” Rios said.

“They were two wonderful human beings and our heroes. I haven't watched the news, but I understand they did a run for them this morning and people are leaving flowers. To those people tell them I said, 'thank you for their thoughts and their prayers.'"

Rios said he had a hard time sleeping Friday night when he learned that two detectives were killed in that crash but he’s thankful that more people weren’t hurt in the accident.

RELATED: 2 SDPD detectives among 3 killed in crash involving wrong-way driver on I-5 near border