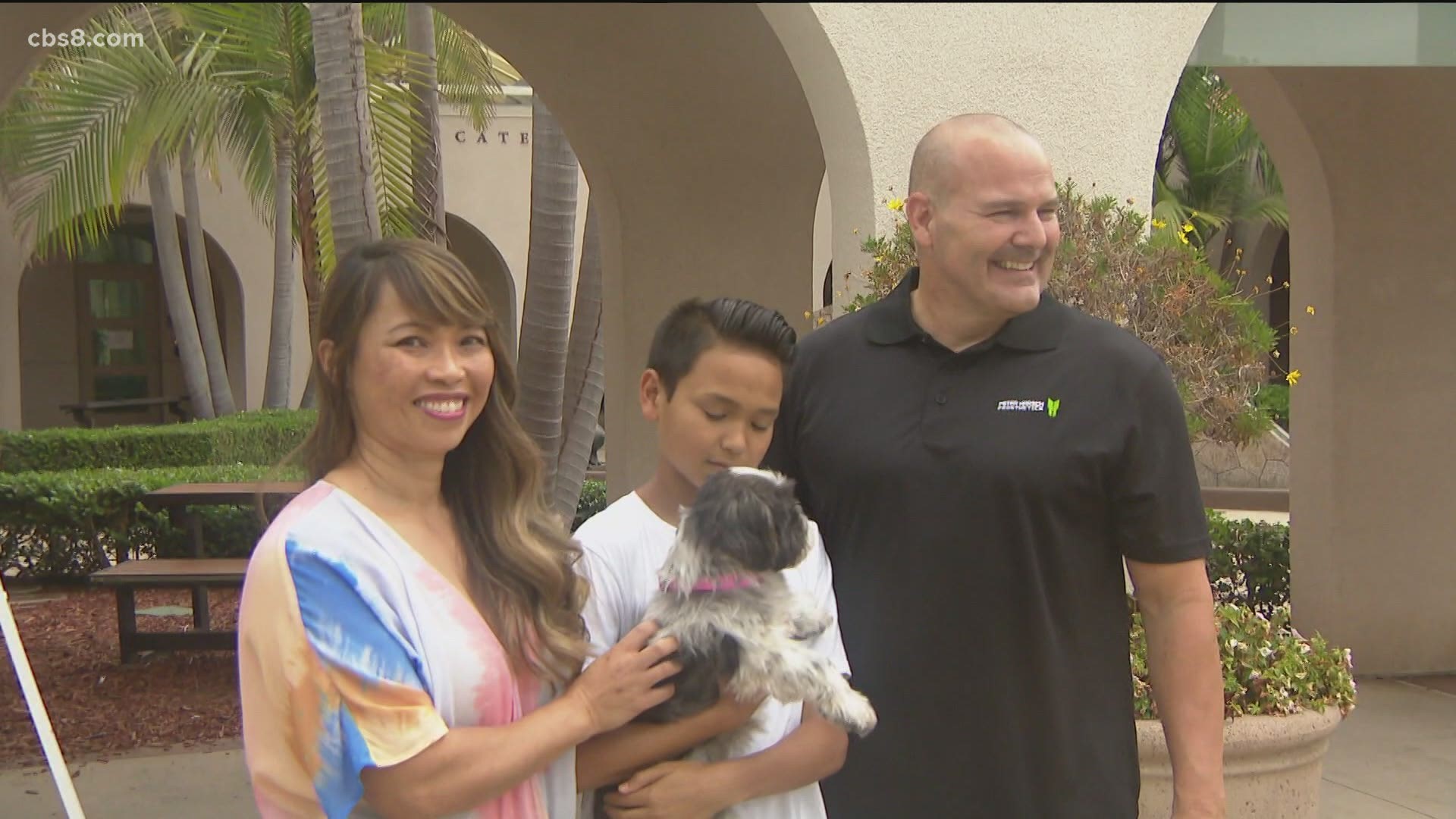 SAN DIEGO COUNTY, Calif. — A dog that underwent the partial amputation of both of her back feet in March has found a home with a San Diego police detective who lost his leg in a motorcycle crash in Alpine nearly eight years ago, the San Diego Humane Society announced Thursday.

Detective James "Chappie" Hunter fostered Chloe, a 9-year-old Shih Tzu, at his family's Alpine home after she completed her three-month recovery at SDHS's Escondido campus. Hunter and his family then decided to make Chloe's stay permanent by adopting her.

Hunter was off duty when his motorcycle collided with a car on Alpine Boulevard near East Victoria Drive on the evening on June 16, 2013. He lost his left leg below the knee and spent a week at Sharp Memorial Hospital, then returned to work with a prosthetic leg after a year of recovery.

Chloe and Roxy, a 13-year-old Chihuahua, were rescued from a home in Mira Mesa on March 6. To prevent the dogs from licking and scratching, their owner had bandage-wrapped their back paws so tightly that it cut off blood flow, according to SDHS officials.

As a result, both dogs suffered severe injuries and SDHS veterinarians partially amputated both of Chloe's back feet and the left hind foot of Roxy, who underwent a skin flap procedure and has almost regained full use of the foot.

Chloe was eventually fitted with orthopedic slippers for both of her back legs and Roxy has a custom prosthetic device on her left leg.

"Fitting a dog with prosthetics is quite an involved process and this was a first for San Diego Humane Society," veteranarian Susan Garity said. "It takes time for the dogs to learn to use them, but our staff is so dedicated and I am so grateful we had our whole organization's support in giving these sweet dogs a second chance at some normalcy."

Roxy is currently in a foster home and likely has another month in her recovery, SDHS officials said.