A new exhibit in Texas is celebrating women in science careers across the country, and it features five San Diego scientists with their very own life-size statues. 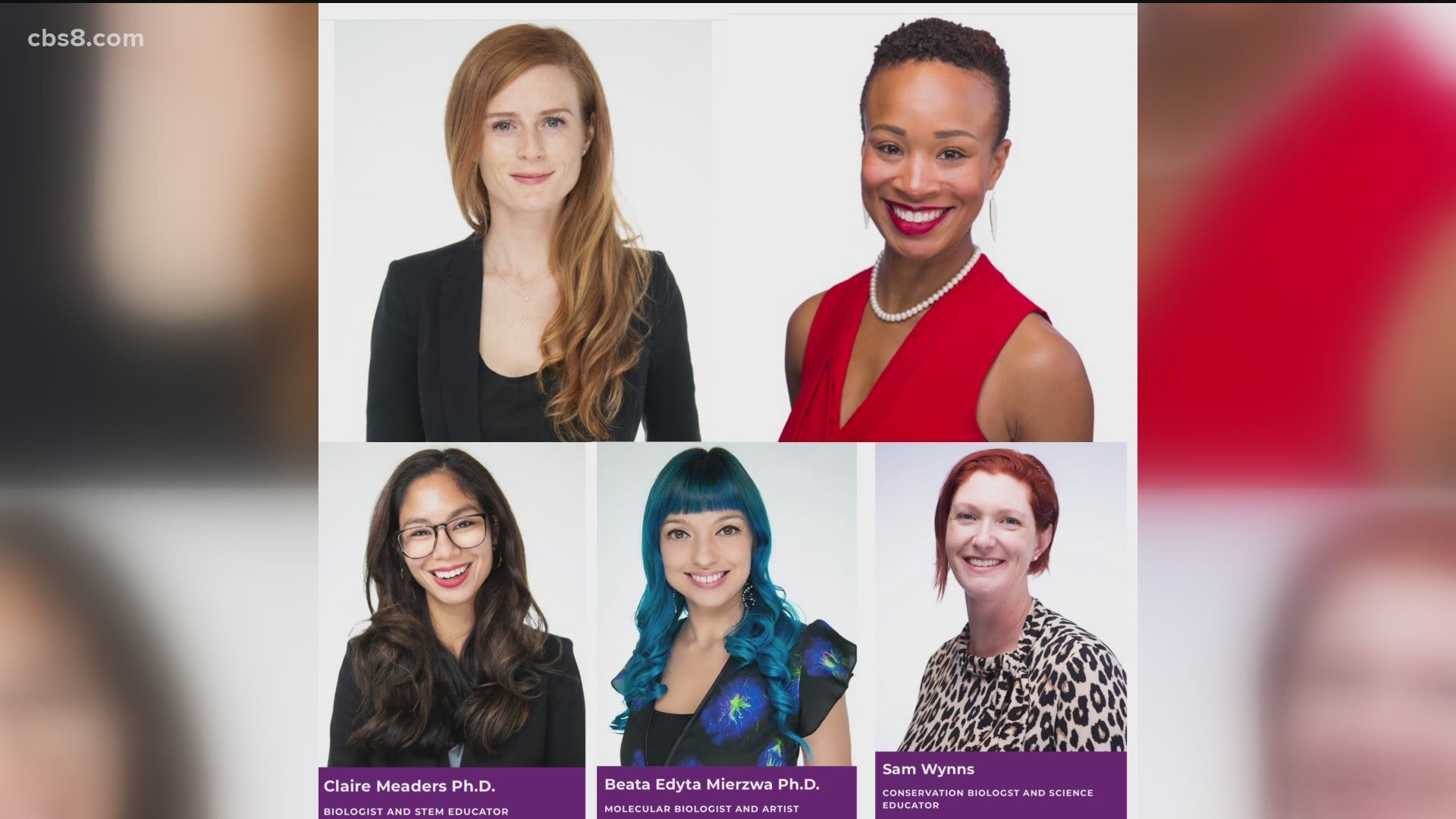 Standing tall at 5'5", scientist, entrepreneur and founder of the STEAM Collaborative, Jasmine Sadler enjoyed posing for her life-size statue.

“It's my same height. I kind of have a nice fun pose because I'm a dancing rocket scientist. I studied ballet and aerospace engineering,” said Sadler, whose parents are both computer specialists and her brother studied computer engineering.

Sadler along with four other San Diego women have their look-a-like statues placed at Dallas’ popular NorthPark Center Mall in a new exhibit called "If/Then She Can."

"Stands for, if we support a woman in STEM, then she can change the world,” said Matthew Crommett, co-founder of the If/Then initiative and Director of Lyda Hill Philanthropies.

Crommett said he hopes the 3D models can serve as actual role models by creating opportunities for kids to see someone who looks like them in a science career.

"We chose women from across the country, who are authentic, relatable and contemporary STEM professionals. Every time I visit it, it is just so exciting to see kids and adults taking selfies with the statues. And using their phones to pull up the QR codes associated with each statue that bring some photos and videos of the actual woman talking about her career and journey,” Crommett, said.

The statue for oceanographer Amber Sparks shows her kissing a fish.

"I can't wait to go to Dallas and see it in-person and stand next to this life-size version of me,” said Sparks, an oceanographer and Co-Founder of Blue Latitudes.

The UC San Diego, Scripps Institution of Oceanography graduate turned environmental consultant loves how her statue even matches her hair.

"It's electric orange, so I was getting a lot of jokes from my friends and family because it looks like my red, orange-ish hair,” Sparks said.

The “If/Then” exhibit debuted in Dallas in May and is already inspiring little visitors, who have been taking pictures next to each statue.

“What typically comes to mind when most think about a scientist is a man in a lab coat with his protective goggles on, and what we are hoping to do through this IF/Then ambassadorship is totally disrupt that and inspire young girls to pursue careers in STEM.” Sparks said.

Sadler says he hopes the exposure breaks barriers for underrepresented women in science, saying over 30% of women in engineering usually leave the career within 20 years.

“I’m a statistic, I left engineering after 10 years after being there, and not to do with anything about my ability to do the job. The engineering was the easy part, but the interactions with other people, the discrimination, and the oppression were the really hard parts of being there. Now, we can get more women in the space, so that we can have this culture shift,” Sadler said.

Each statue on display serves as a symbol for possibilities as it lists off a detailed resume of the accomplished women.

“It’s just like immortalizing all of us in history, so that our legacy can live on, then we can inspire so many other women in science and so many other people in science,” said Sadler, who is currently pursuing an EDD, doctorate in educational leadership at UCSD and Cal State San Marcos.

The If/Then exhibit was supposed to debut in 2020 until the pandemic pushed back the construction. It will be on display at the NorthPark Center in Dallas until October 24, 2021.