Eight nurses from the Philippine Nurses Association of San Diego County are traveling to a conference impacted by the volcano. 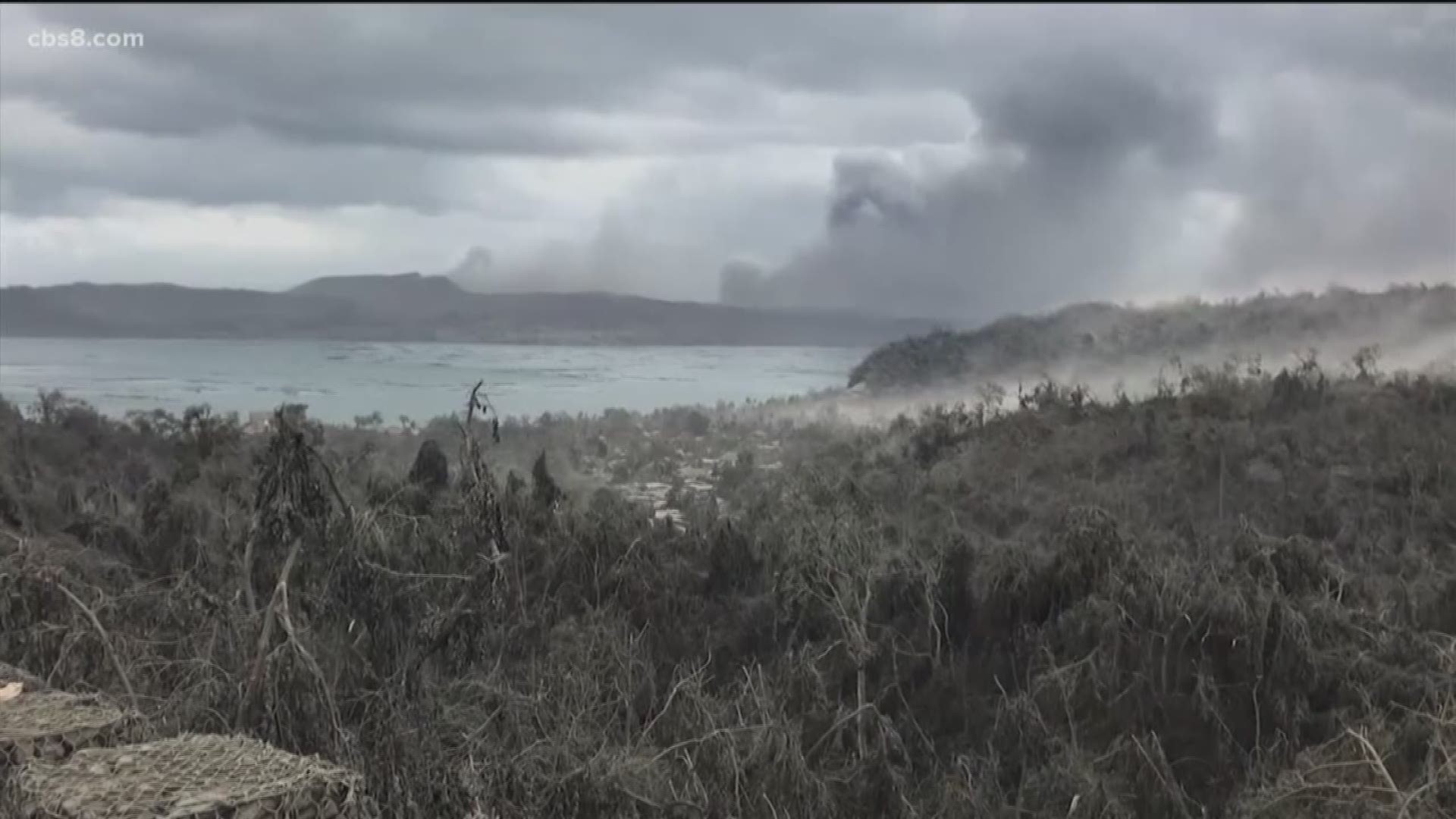 San Diego nurses heading to the Philippines for an international nurse conference have either arrived or been delayed due to the eruption of the Taal Volcano, which has forced hundreds of thousands of evacuations.

Retired nurse Lorna Herce was fortunate enough to not be delayed or have travel cancelled to Manila, the capital city, where 80,000 passengers have been impacted.

“That is a good thing about Filipino people, very resilient and patient,” said Herce.

Smoke and ash can be seen spewing from the volcano in the Batangas Province.

Herce is one of eight Philippine Nurses Association of San Diego County that are traveling for the conference.

“It’s a sad situation when you see kids suffering here," she said.

Herce left Manila, which is about 37 miles north of the volcano, to visit family in Laguna Province which is north east of the Volcano.

Scientists have issued an alert 4, which means an eruption can happen soon.

“The volcano is still unpredictable, there are a lot of earthquakes underneath,” said Herce.

People can be seen scraping off muddied ash to keep the roofs from collapsing.

Masks are running low and hundreds of thousands have been evacuated, including to the elementary school in Nasugbu where former San Diegan Digna Panganiban lives.

“People who are that close to Taal Volcano were brought here by the Philippine Navy and other military people,” said Panganiban.

Herce's town, which is the farthest west in Batangas, is not as affected but masks are still needed, especially N95 masks.

“The other kind of face masks, they call it N95, you cannot buy that in Mercury [Drugstore] anymore. They ran out of those kind,” said Digna.

Retired nurses Linda Mascardo and Maria Balolong were registered for the conference, but both canceled their flights.

This week the Philippine Nurses Association of San Diego County is raising money for relief efforts.

“That's the least we could do at this time is for PNASD is to donate some money,” said Balolong.

The association is looking to donate money to help with relief efforts to go towards N95 masks and medicine.