A Santa Ana wind event has prompted the San Diego Fire-Rescue Department to increase staffing Monday between 8 a.m. and 8 p.m. 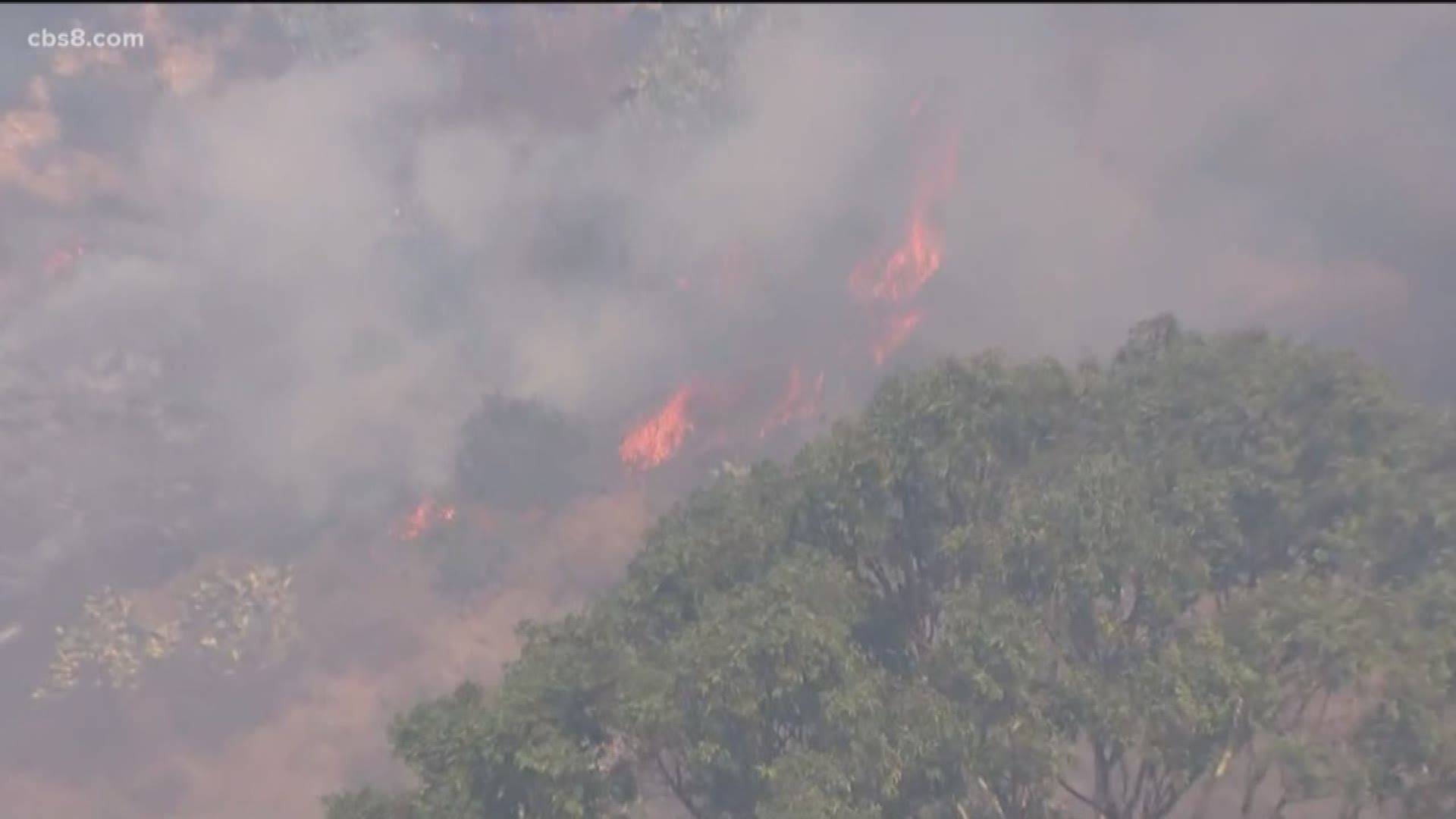 SAN DIEGO — A Santa Ana wind event has prompted the San Diego Fire-Rescue Department to increase staffing Monday morning. Additional fire crews will be added to multiple brush engines as a precaution during this period of increased fire danger.

The expanded staffing coverage will be in place Monday, Oct. 21 between 8 a.m. and 8 p.m.

Mayor Kevin Faulconer was joined Monday by Fire Chief Colin Stowell and Police Chief David Nisleit at a news conference Monday to urge residents to be alert and report fire hazards from encampments in the San Diego area.

RELATED: SDG&E to keep power on to 1,000+ customers as fire crews prepare for Santa Ana winds

RELATED: Brush fire near Chollas Parkway stopped in its tracks

Each brush engine, which is an off-road fire engine, is staffed by four firefighters. Two water tenders will also be staffed on overtime. Water tenders are described as off-road vehicles with a water tank on the back and serve as mobile fire hydrants for use in areas where there are no hydrants.

SDFD pilots and crews will also be on overtime to staff two firefighting helicopters that will be available around the clock on Monday.