According to the Automobile Club of Southern California, gas prices in San Diego county have gone up 31 of the past 32 days. 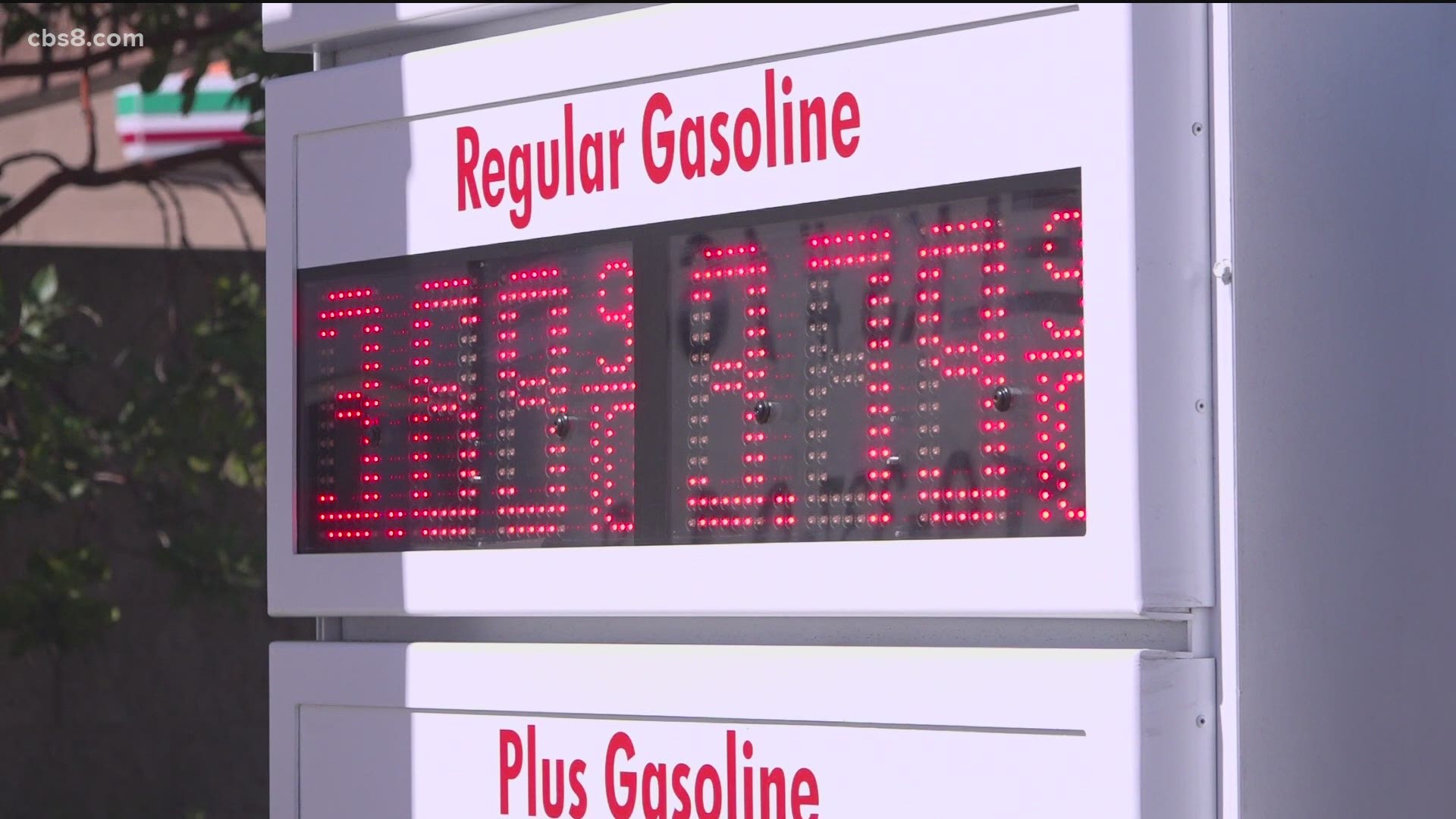 SAN DIEGO — Gas prices across the county are on the rise with $3.49 a gallon here, $3.69 there, and we spotted even higher prices at other gas stations around town.

“Well, everything in San Diego is going so high now and the gas prices are just killing us,” said local resident Richard Benoit.

According to the Automobile Club of Southern California, gas prices in San Diego county have gone up 31 of the past 32 days. “The average price for a gallon of regular unleaded in San Diego is now $3.60 and that's up seven cents from a week ago and it's up 25 cents per gallon from a month ago at this time,” said spokesman Doug Shupe.

Shupe says several things are fueling the spike, including more cars on the road, pushing up demand. “A lot of people are actually driving a little bit more now… especially with recent restrictions loosening up and the stay at home order loosening up a little bit here in Southern California.”

Unusually cold weather in other parts of the country also isn't helping. Not only is it shutting down gas stations, but refineries too.

“One third of US crude oil production is offline because of that severe winter weather that we saw - not just in Texas, but in many parts of the Midwest,” Shupe added.

He says California doesn't get gas from Texas, but Arizona does. As a result, we've been sending some of our fuel across the state line to help our neighbors. And while San Diegans want to help others, times are tough here too.

AAA believes the pain at the pump will get worse before it gets better because we're heading into the spring - when a lot of refineries start doing maintenance. That means there will be even less supply. As for how high it will go, they say that's hard to predict because, with the pandemic, it's not clear how many families will take road trips over spring break and the summer. But with so many businesses already struggling, Allison says even a little spike in prices really hurts.

RELATED: Former San Diegans in Texas have power again, but supplies are scarce