The Future is Color teamed up with OpenGym, a creative collective that uses safe spaces for conversations about race and culture. 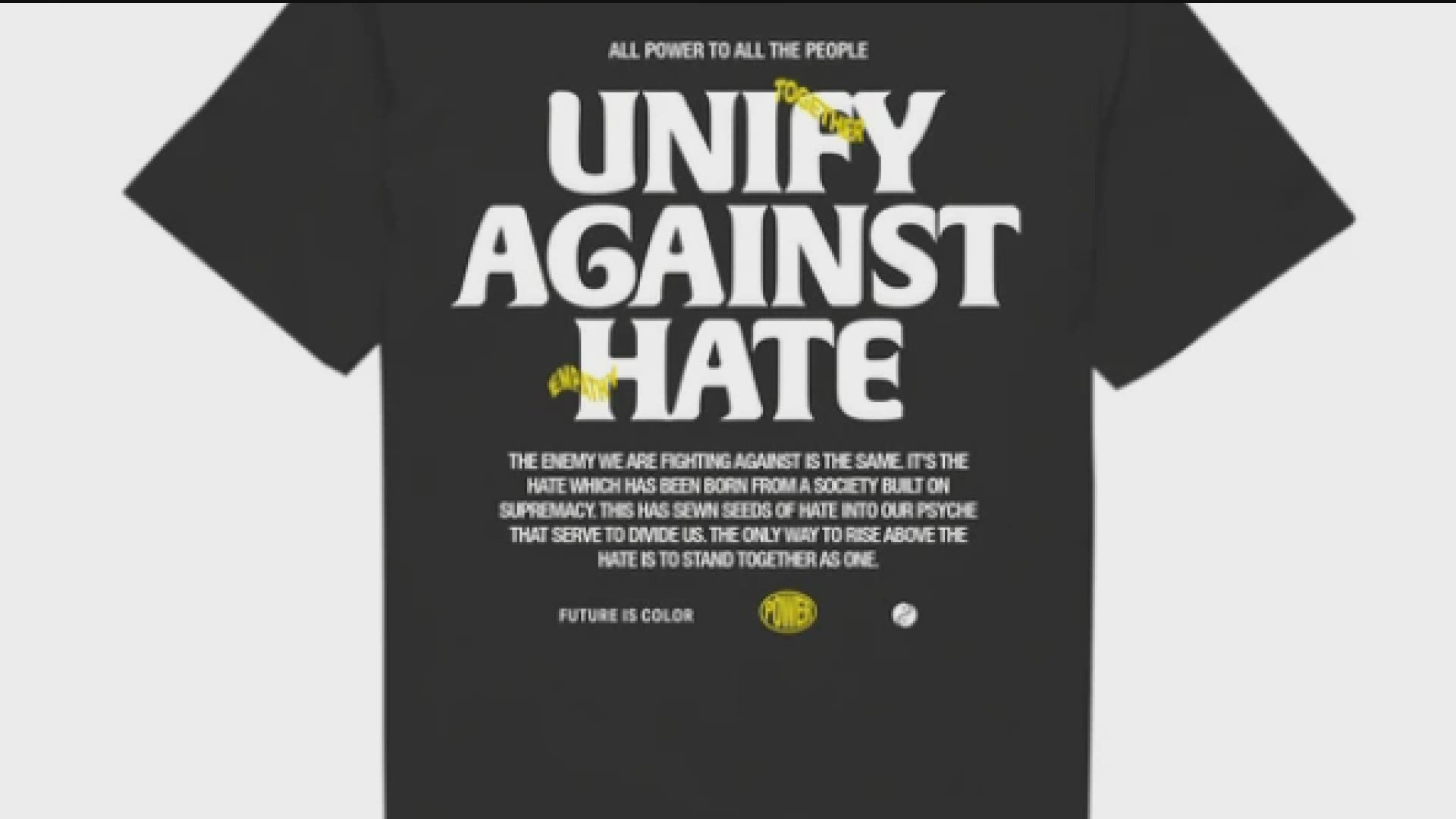 SAN DIEGO — A San Diego hospitality group is promoting a message of inclusivity to stop hate against the AAPI community.

OpenGym San Diego is a creative collective that uses safe spaces for conversations about race and culture. And its brand Future is Color is helping to spread that message through t-shirts.

“It becomes an accessible entry point into these deeper richer conversations and subservient pieces of art that you can wear anywhere and carry a message,” said Erwin Hines, Future is Color Founder.

The Black Filipino founder created the Future is Color after wrestling with the tensions and his personal feelings from the killing of George Floyd.

The first t-shirt he designed reads “Respect the people, not just the culture.”

“We use a lot of Black culture to sell cool. This statement is that you respect the culture but you don’t respect the people,” said Hines.

After the AAPI community came under attack, new shirts were made to stand up against hate. A portion of the proceeds from the t-shirts will be donated to help Asian communities.

“Yes, they are shirts that people can represent the message but it also gives directly back to the causes and organizations to do the groundwork to make those changes,” said Jamuelle Zumel, OpenGym co-founder.

He identifies as Filipino and says OpenGym is a creative collective that uses hospitality in restaurants and stores to create safe spaces to empower and inspire authentic cultural stories.

"A lot of the things we do is, whether it be OpenGym or Future is Color, is about opening that bridge or letting that bridge down to let conversation happen,” said Zumel.

That messaging is more than just words printed on a t-shirt, it’s a call to education and action.

“It’s truthfully conveying the message that we feel deeply within and finding a way to then transform that into a meaningful message but a message that continues to give back in different avenues and spaces,” said Zumel.

To learn more about OpenGym San Diego and Future is Color click here.

If you witness hate or a victim of physical or verbal hate, first report it to police. You are also encouraged to report to Stop AAPI Hate.