Local tourism officials report an increase in rooms being booked and San Diego remains one of the top five destinations, as far as capacity, in the nation. 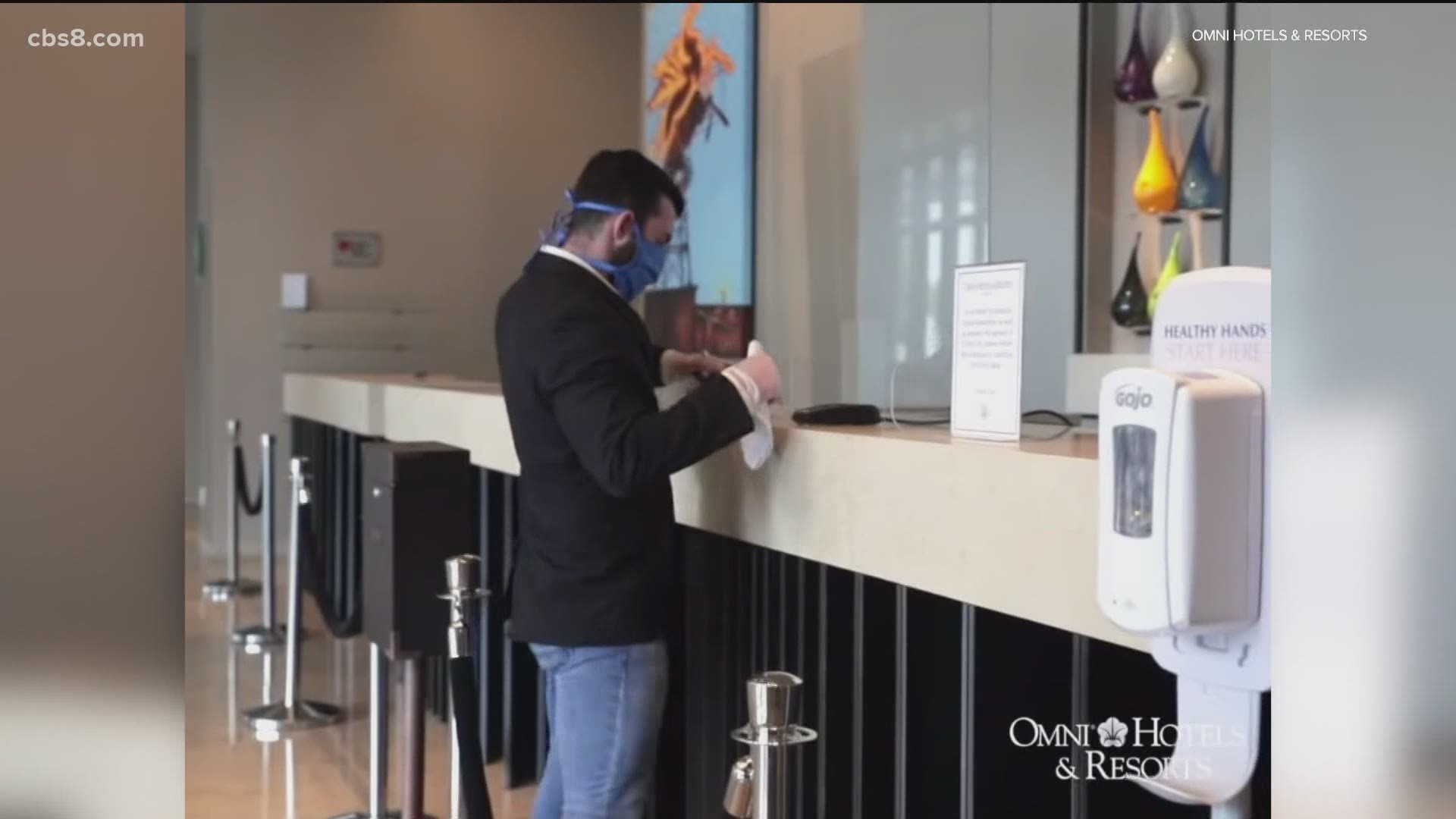 SAN DIEGO COUNTY, Calif. — As San Diego businesses and hotels continue to try and stay afloat during the coronavirus pandemic, people are once again flocking to those that have reopened.

Local tourism officials report an increase in rooms being booked and San Diego remains one of the top five destinations, as far as capacity, in the nation.

So, even during a pandemic, San Diego continues to be a hot destination.

“We’re from the northern part of California and we’ve never been to So Cal before,” said Amber Wise.

She and her travel partner Francisco Romero said they were trying to take advantage or make the most out of being out of work. But they also focused on staying safe.

“People have been cooped up. We want out. We want to be able to adventure and enjoy life again but I think we also understand we have to be safe. Maintain the distance and cleanliness,” Romero told News 8.

According to the San Diego Tourism Authority for those hotels that have reopened – between July 12 and 18 – they averaged around just under 50% capacity.

But 9,000 more rooms were booked from the previous week and San Diego ranked fourth highest for capacity in the nation.

“We were locked up in this COVID thing and we saw an opportunity when hotels said they’d take some reservations. We said 'great, we’ll do it,'” said Chris Aarons, who was visiting from Austin, Texas.

He and his family were staying at the La Valencia Hotel in La Jolla. Aarons said it’s a much-needed break from isolation and appreciated the precautions businesses and hotels are taking.

“Most places have the plexiglass and they have the mask enforcement, which I think is all good,” he said.

Romero echoed that same opinion regarding precautions he saw at his own hotel.

“They are saying they’re cleaning the rooms, [maintaining] cleanliness and marking the door with stickers that [say] 'this room has been sanitized,'" Romero said.

The Omni San Diego Hotel just announced it's also reopening but with a list of changes and safety protocols.

While some people may choose to continue staying at home until restrictions are lifted. Others say they’re staying sane by getting out – but safely.

“It’s a difficult situation. You kind of think best practice is to wear these masks and keep clean and get on with your life,” Aarons said.