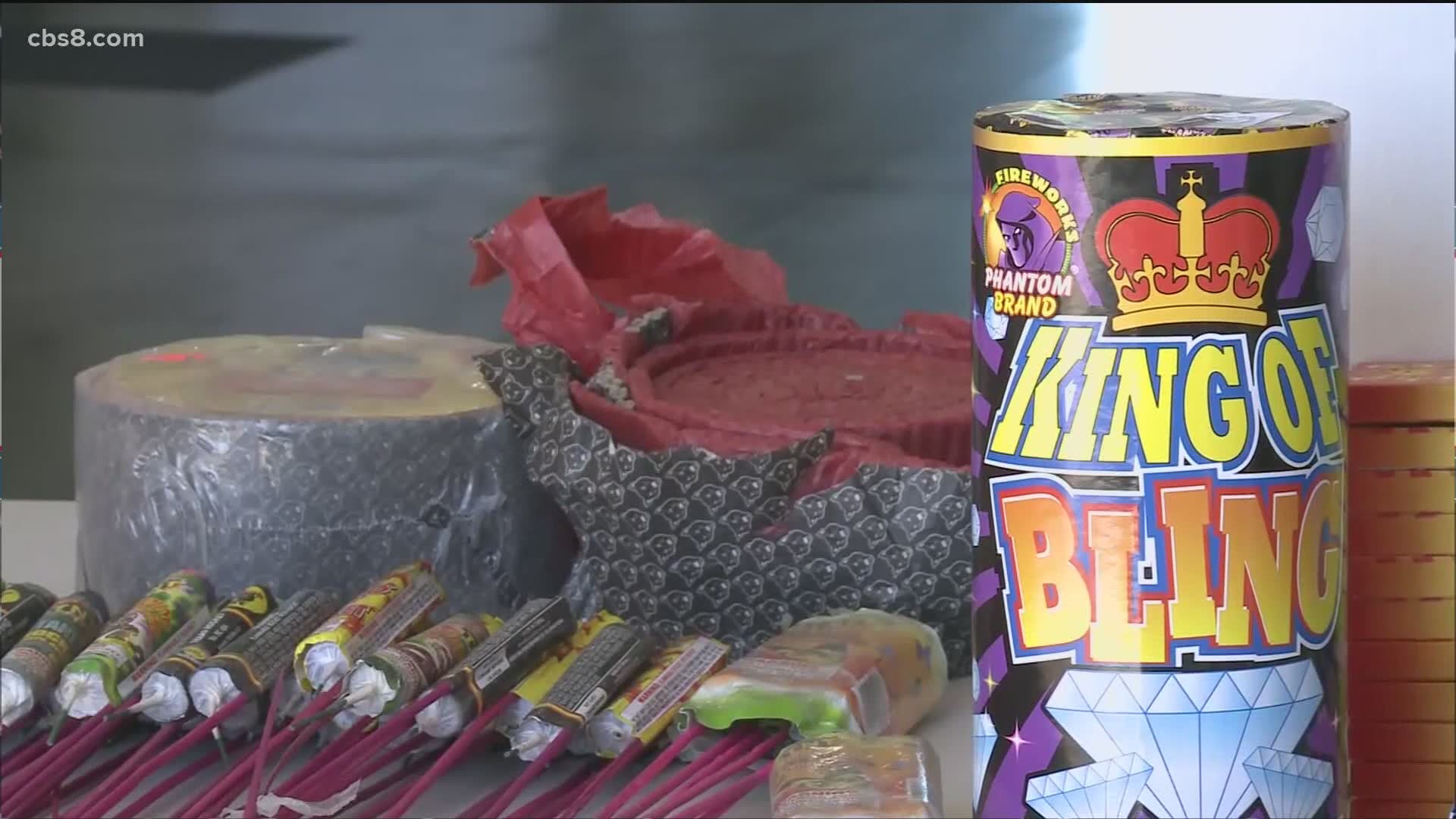 Anyone caught lighting off fireworks faces up to a $10,000 fine, but that hasn’t stopped the many igniting explosives across San Diego County.

“You're not prepared for them, and you can't drown the noise out, and it's quite scary for all the animals,” said Ocean Beach dog mom, Jill Pagliuso.

She shared video of her dog Tank frightened after several nights of loud fireworks and possible M-80's.

“He is 115 pounds and one of those M-80's go off and he will try to put himself by the couch and a coffee table and he drools and pants and shakes and vibrates. It’s a terrible sight to see,” said Pagliuso.

She and her dog are not alone. Neighborhood message boards across the city and county are lighting up with the sounds of illegal fireworks for weeks, some as late as two in the morning.

San Diego police report roughly a 500% increase in fireworks-related calls compared to last June. Reporting from June 1 - June 22 in 2019, there were 28 firework-related calls and in the same time frame in 2020 there were 142 calls.

San Diego County Sheriff’s Office reports a 441% increase. From May 25 - June 24 there were 173 disturbance pyrotechnic calls. During the same time last year there were 32 calls. Lieutenant Ricardo Lopez, said dating back to 2015, number of calls for the year related to firework disturbances are between 119-195.

Sergeant Greg Hampton with the San Diego County Sheriff bomb/arson unit says the department's storage mags are full of fireworks and they don't have much more room.

Nationwide cities are facing similar trends in Pasadena, Chicago, and New York City where a task force has been launched targeting illegal fireworks.

Local police do not have an answer as to why there is a spike, but some suspect it could be boredom, civil unrest or birthday, graduation celebrations. Nationally, reported consumer sales have increased but bulks sales have not since many displays are canceled due to COVID-19. The Big Bay Boom in San Diego has been canceled but shows in Vista, Poway, Santee and El Cajon will continue it's annual displays.

RELATED: Where to watch July 4th fireworks on TV, online this year

Oceanside police say it's seeing an increase a similar spike and have made arrests and confiscated illegal fireworks.

"These types of fireworks are not in a controlled environment. You start setting these off and they land in trees, palm trees that are really dry and create a bad fire situation," said Tom Bussey, Oceanside Police Department.

San Diego police said they have not made any arrest, citations or seizures. They say on many calls neighbors report only hearing what sounds like a firework and do not know location.

“It's horrible experience, one I haven't experienced before,” said Pagliuso.

Whether the lesson of not playing with fireworks comes from watching a traumatized dog, the fear of causing a destructive fire or missing a thumb, Casper Sharp in Ocean Beach recommends you don’t play with explosives, “Check this out, from an M-80 when I was 21 blew it off.”

The San Diego Humane Society recommends you microchip your dog in case it scared from the fireworks and runs off and gets lost. Dog owners said they’ve put on loud music to drown out the sound or a weighted blanket.