Lifeguards want everyone to heed the warnings and keep themselves and their animals safe this summer. 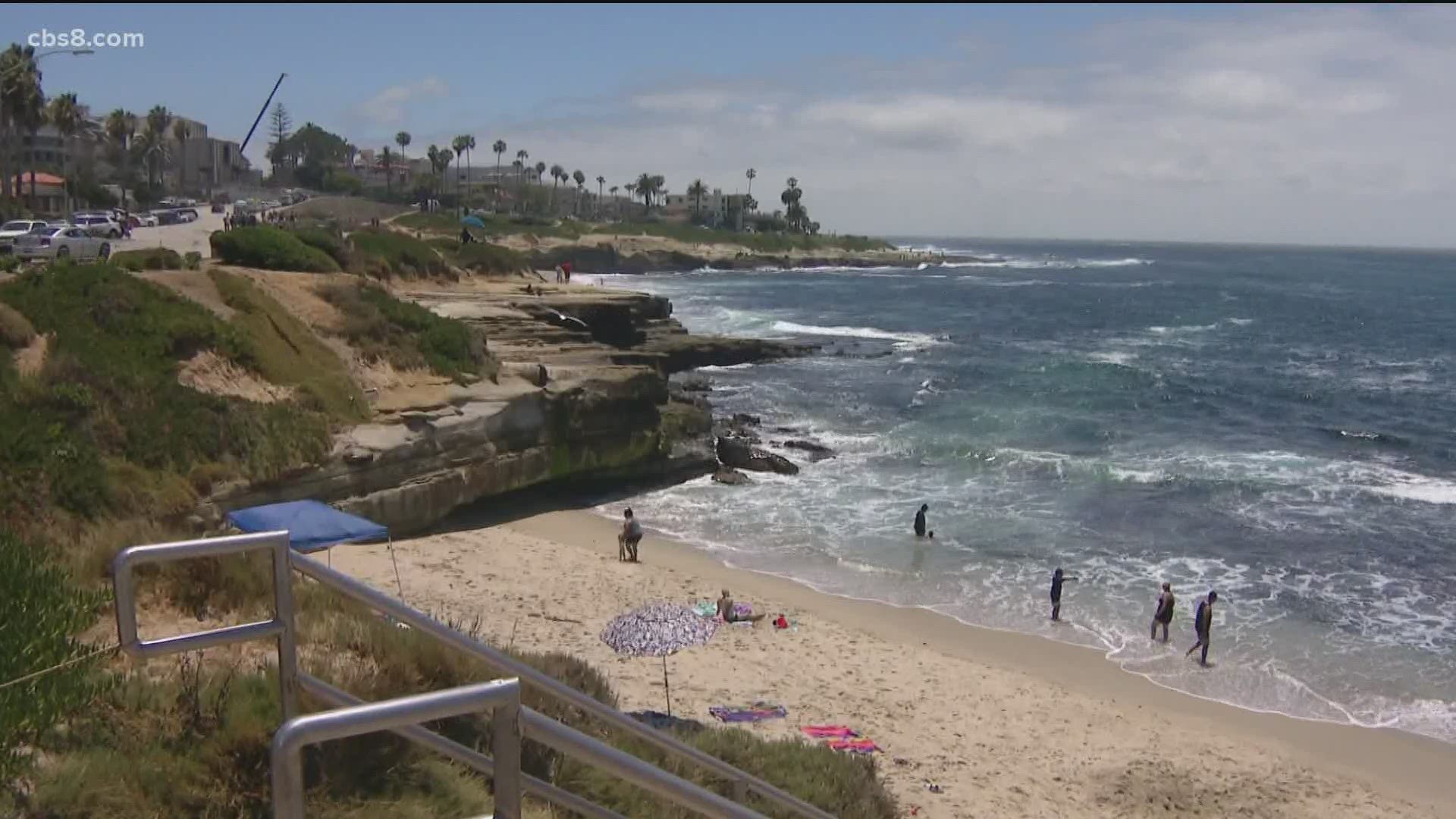 SAN DIEGO COUNTY, Calif. — Ocean waves and sandy beaches are among the many reasons why San Diegans and tourists love our region, but that doesn't mean it all goes according to plan along the coast.

That can encompass a list of things including what happened near La Jolla Cove last week. A dog, off its leash in an un-designated area, got swept out to sea near the cove. Bystanders reported watching it go under and struggling to stay afloat.

An eyewitness said the dog's owner was taking a video selfie at the time. While lifeguards did respond, the dog made it safely to rocks down the beach.

"I think in that instance the dog made it to shore was leashed and exited The beach. We do make a lot of dog rescues,” Hodges said. “We get a lot of dogs at Sunset Cliffs, and sometimes at Torrey pines that will go down a trail, chase a ball or get stuck in a position.”

Sadly, in the age of social media, tragedies have happened. Sunset Cliffs has had several “selfie deaths,” and lifeguards have responded to numerous rescues possibly linked to someone trying to get the best shot for social media. Last may a man taking a selfie drowned after falling off the Oceanside Pier into rough waters.

A tragic event all around, and that’s why lifeguards want everyone to heed the warnings and keep themselves and their animals safe this summer.