Coach David Dunn said canceling Friday’s game against Cathedral Catholic is his way of standing up for his students. 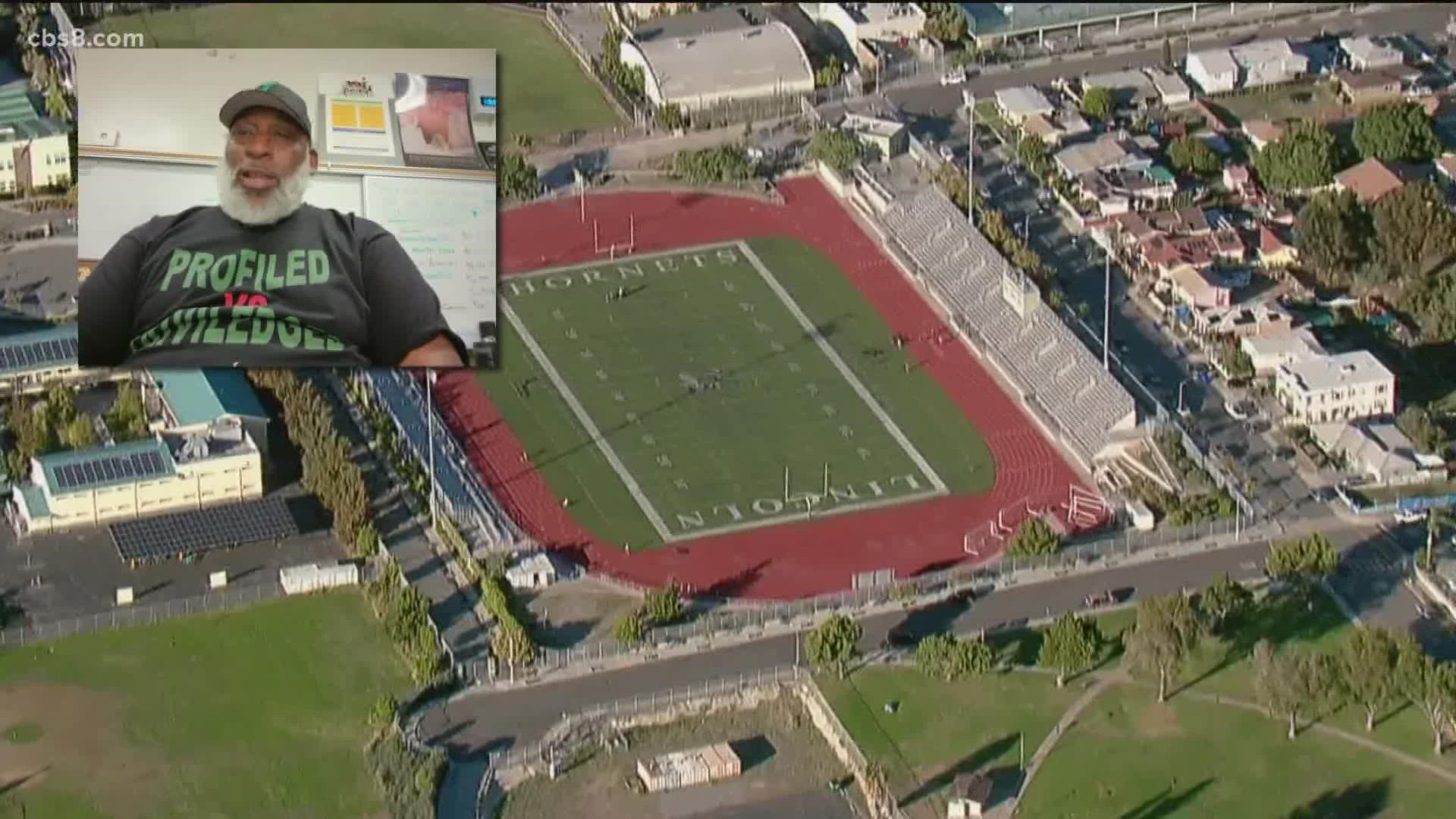 SAN DIEGO — The head football coach at San Diego’s Lincoln High School is speaking out about his decision to cancel this Friday’s game against Cathedral Catholic.

Cathedral High’s football team was suspended for their actions against Lincoln High six months ago. Still, Coach David Dunn says issues of racism and unfairness continue to be swept under the rug and he won’t be quiet about it any longer.

The t-shirt is a reference to a similar controversial incident from 1988, when Notre Dame students wore "Catholics vs Convicts" shirts prior to a game against Miami.

“My team averages a 3.1 GPA the 10 years I’ve been here so far. These kids are going off to college in waves. We’ve made a change; we continue to make a change. Do we still need to get better? Yes, we do. But you’re not going to call us convicts or thugs or anything else. We just want to be viewed as student-athletes like everybody else,” Dunn said.

"As an institution founded on the basis of education-based athletics and the principles of Pursuing Victory with Honor, the CIFSDS stands with our education and athletic leaders in supporting learning and athletic environments that are free from racism and discrimination in all forms. We continue to encourage the schools’ administrations to work together to build the trust needed to promote the healing desired by everyone. Finally, we believe that high school athletics can bring diverse communities together, to discover our similarities, and celebrate our differences. Anytime a decision is made to not participate in a previously scheduled athletic contest, our student athletes miss out on an opportunity to come together, represent their community, and benefit from the lifelong lessons learned from participation in interscholastic athletics."

Coaches for Racial Equality also held its biweekly meeting Wednesday, continuing the conversation that its co-founder said is necessary to move forward.

“Realistically, it’s a bigger picture. That happened, that opened the door, but it affects every sport, every official, referee, and fan,” said Jeff Harper Harris, Coaches for Racial Equality co-founder and head boys basketball coach at Lincoln High School.

Coach Dunn said now that they game has been canceled, everyone involved will have more time to work towards fairness.

Coach Dunn said he has been in touch with Cathedral’s coach and will speak with him again this week. The CIF has not said whether or not Friday’s game will be forfeited for either team.