Chuck Deckert was bitten while out for a walk near Hilltop Park in Rancho Penasquitos his ankle swelled immediately as he headed to the emergency room. 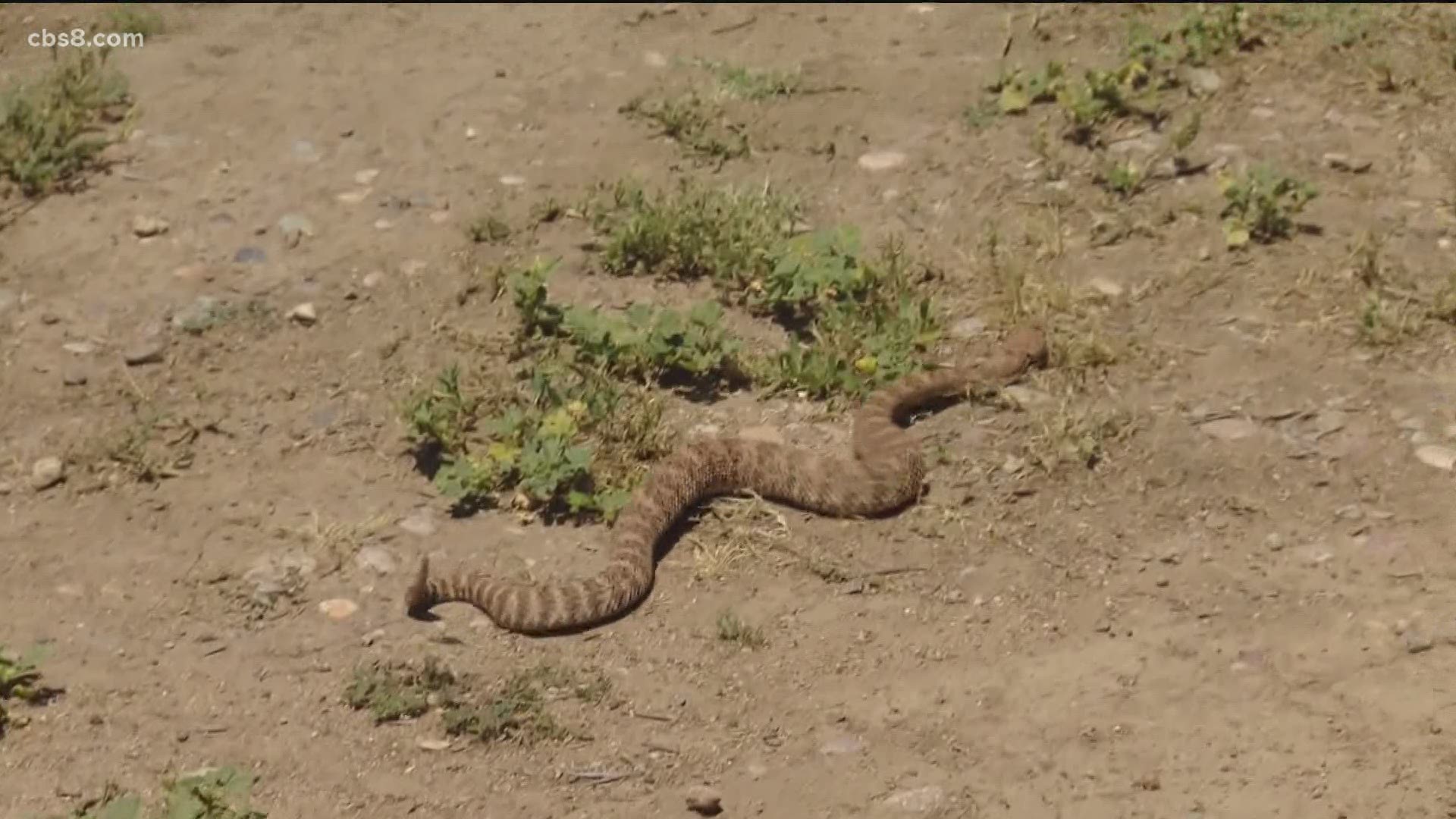 Chuck Deckert and his wife were taking their dogs for a walk toward Hilltop Park in Rancho Penasquitos early last Monday evening. They’d gone just a few steps when they got a surprise.

“I felt something on my heel,” Chuck said. “It felt like a bee sting. So I looked down and saw two puncture wounds, then saw a rattlesnake slithering across the sidewalk heading back for the grass.”

The couple ran for the car and headed to the Sharp Memorial emergency room.

In videos of rattlesnakes you can see their speed with strikes that seem to take milli-seconds; the danger that can be lurking just inches away. For Chuck, it was sudden but not terribly painful. He said certainly there was discomfort and his ankle swelled immediately as the venom quickly spread.

“Within a couple of minutes, I started to feel tingling, numbness,” he said. “[It started with] my tongue and my lips and within a couple minutes more my entire face and hands."

Noting the markings around the wounds, doctors mixed a batch of anti-venom and injected Chuck. He had to be monitored closely and was hospitalized for two days. He was released to go home Wednesday night and said he walked his dogs in the following days.

“I should probably be nervous but I’m not,” Chuck said. “[I’ve] walked the dogs but with hiking boots on.”

Chuck works for Sharp Healthcare so he said he wasn’t surprised at his excellent treatment. Since the bite, the swelling had subsided and as of Sunday, he said there was some bruising.