The future of the Ocean Beach pier has been in question for some time and a report on it earlier this year indicated repairs would be costly. 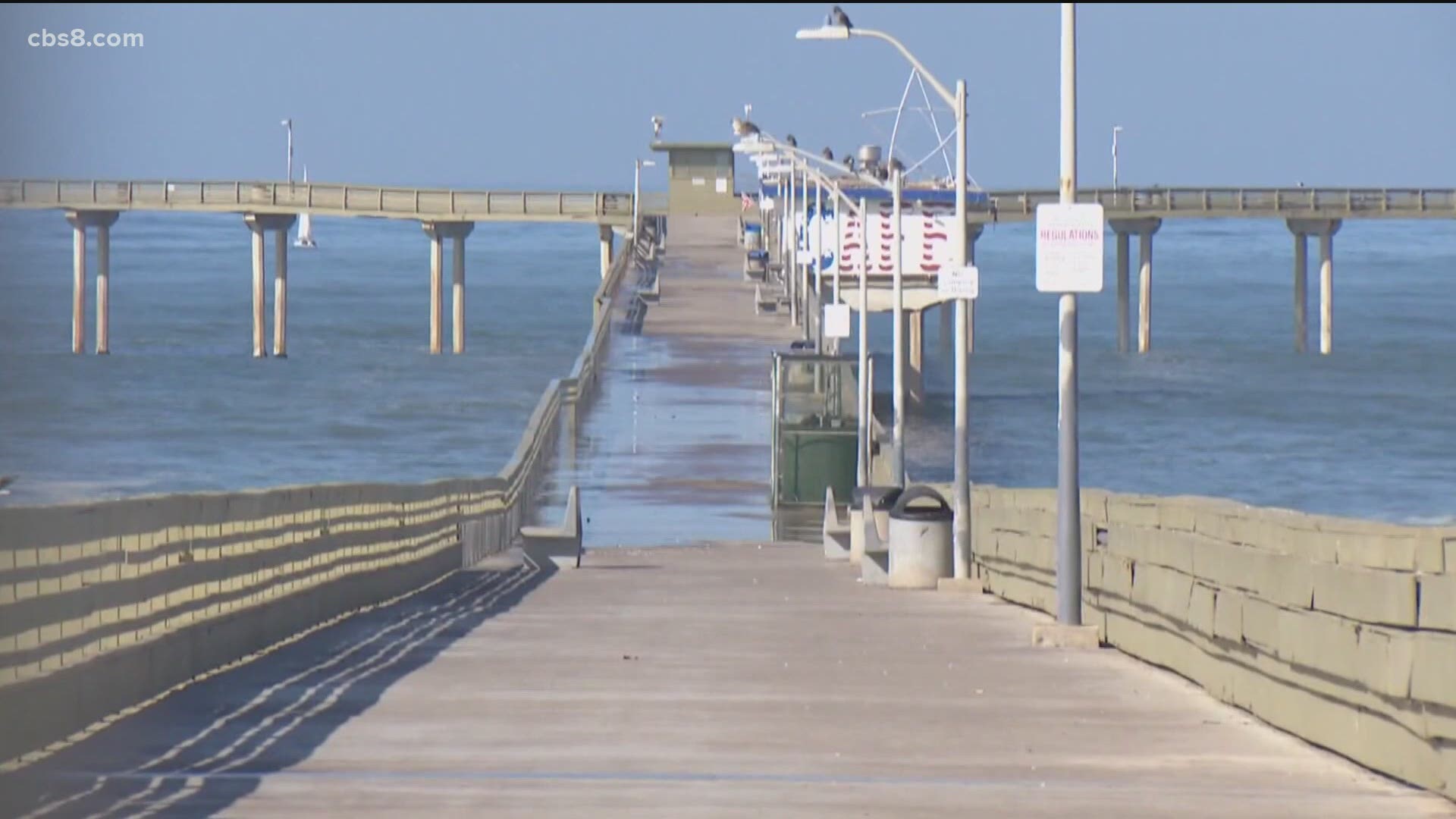 SAN DIEGO — San Diego Mayor Todd Gloria along with State Senate Pro Tem Toni Atkins and other elected officials held a press conference Wednesday to announce an influx of cash coming from the state. Programs in San Diego will receive millions of dollars thanks to the state budget signed last week.

"The dollars that San Diego is receiving from the state will upgrade critical infrastructure, help us fight homelessness, ensure a reliable supply of clean water, enhance our arts and culture and much more," Mayor Todd Gloria said at a news conference held at Ocean Beach pier.

Topping the list of beneficiaries is San Diego's Pure Water program, a project intended to convert wastewater to drinkable water and provide roughly half of San Diego's water supply by 2035. It received $50 million from the state budget.

Gloria advocated for a massive investment in fighting homelessness along with members of California's "Big City Mayors" coalition. The state will invest $12 billion over the next two years in efforts to address homelessness, including $1 billion in direct funding to cities. Of that, San Diego is expected to receive at least $27.3 million this year.

"This year, I was proud to stand up for our community once again and vote on a budget that makes huge investments in the San Diego region," she continued. "With millions of dollars directly benefiting our neighborhoods, parks, libraries, small businesses, nonprofit organizations and local infrastructure enhancements, this budget will not only benefit San Diegans this year, but for years to come."

Some of the projects receiving the funding, according to Gloria's office, include:

"The Legislature worked hard to enact a state budget that significantly addresses our most immediate challenges, including homelessness, climate, education and small business support," Ward said. "I am particularly grateful for the local funding identified to address longstanding needs for the greater San Diego community."

Campbell thanked the legislators for their efforts in securing funding for the Ocean Beach Pier, which was damaged in a storm earlier this year and is facing serious questions about its future.

Elo-Rivera said he was grateful for funds to help underserved districts.

"From cleaner creeks in Southcrest, to Chollas Lake improvements, to safer streets in Rolando, these are transformative investments that address historic underinvestment and will move us closer to our goal of creating a city that is more sustainable, safe, and livable for all San Diegans," he said.

The future of the pier has been in question for some time and a report on it earlier this year indicated repairs would be costly. Engineering firm Moffett and Nichol estimated repairs to the pier would cost about$8 million and would address the most pressing problems, but they also said the pier would continue to degrade.

Hope for the Ocean Beach Pier after all! 💙 The State of California is dedicating about $8.4 million for repairs to the aging structure of the pier. pic.twitter.com/ZzmkW5lBIw