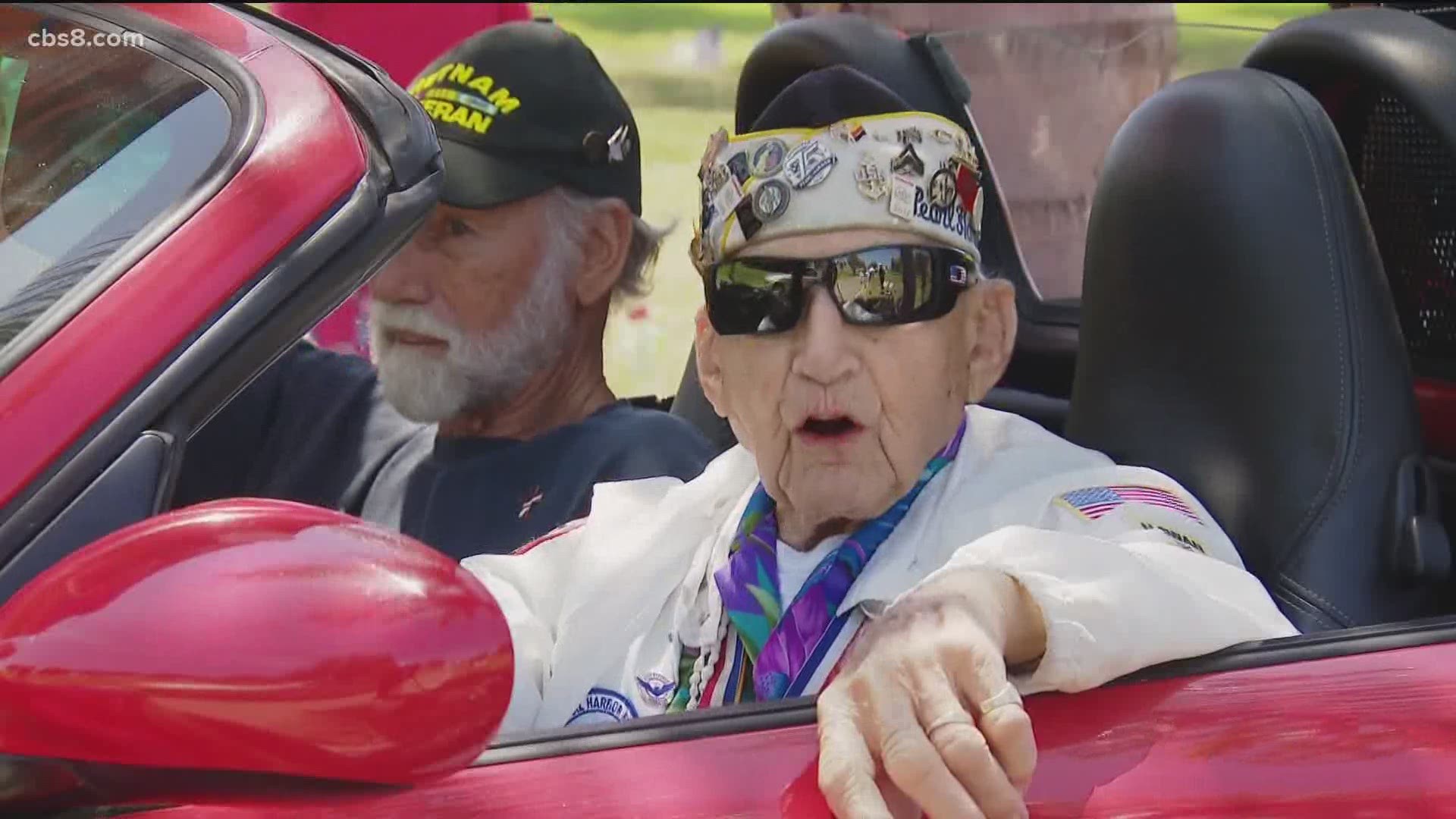 The public was not allowed to attend any of the ceremonies, but people were able to watch it online.

"We watched it online, and had a moment of silence or two to honor those that have fallen," said Joe Cunha, a military veteran.

He watched the virtual ceremony with his wife, Cheryl, from their downtown home.

"It was definitely a little different," said Cheryl Cunha. "Maybe less camaraderie, but then when you reflect on it’s about 'Never Forget.' You realize it’s the same and the people who bear the burden of a lost loved one, bear it every day."

"We have spent over a month trying to figure out how we’re going to make the simulcast work," said Koontz.

He said they tried to focus on the positives.

"By doing this in a virtual manner, we’re actually getting more people seeing this event than normally would’ve," he said.

There was a wreath ceremony and many touching tributes, including a tribute to those fighting on the front lines of the coronavirus pandemic. 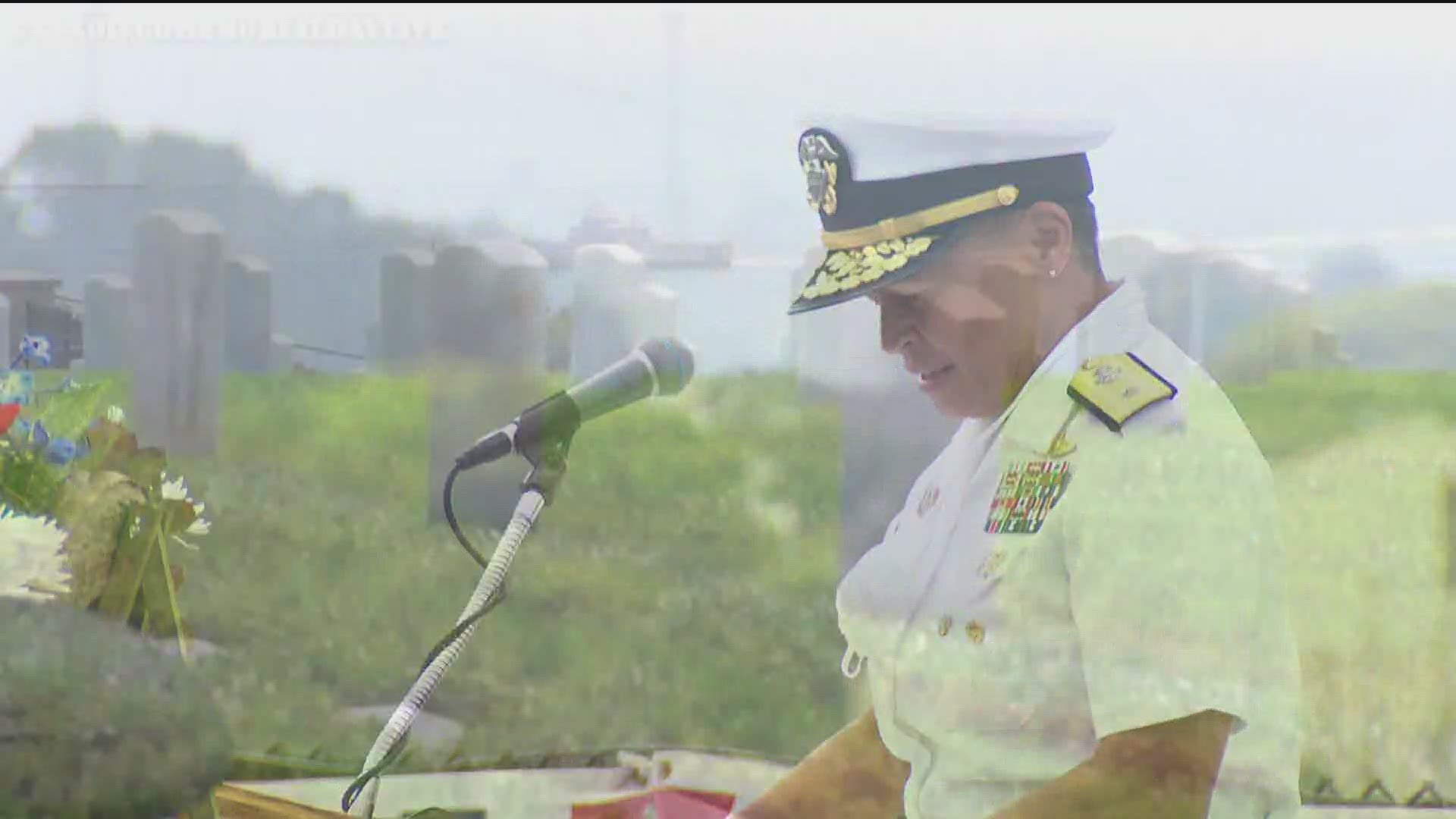 A group of motorcyclists also pulled up to the USS Midway Museum Monday to pay their tribute. The group which is a mix of military and non-military performed 22 pushups aboard the Midway.

"Every day soldiers and veterans commit suicide - that's a tribute to them," said Rudy Sorto.

In Vista, the Antique Gas and Steam Engine Museum transformed an empty field into a giant American flag. Covering 11,000 square feet the museum, which plans to reopen on Wednesday to the public, used 45 gallons of paint. To honor the men and women who have gone before us the museum held a special celebration with "Taps" played.

"Memorial Day is not for us, it's for all those that gave their lives from the Revolutionary War right up to the present," Headley said.

"It's sad our country has digressed so much I'm praising the Lord for the people that are active today because these men from Vietnam, Korea they've been forgotten and they should never be forgotten," the 98-year-old said.

Watch the recorded live event on the YouTube player below.

RELATED: Here's how you can watch the live stream of Memorial Day tributes in San Diego