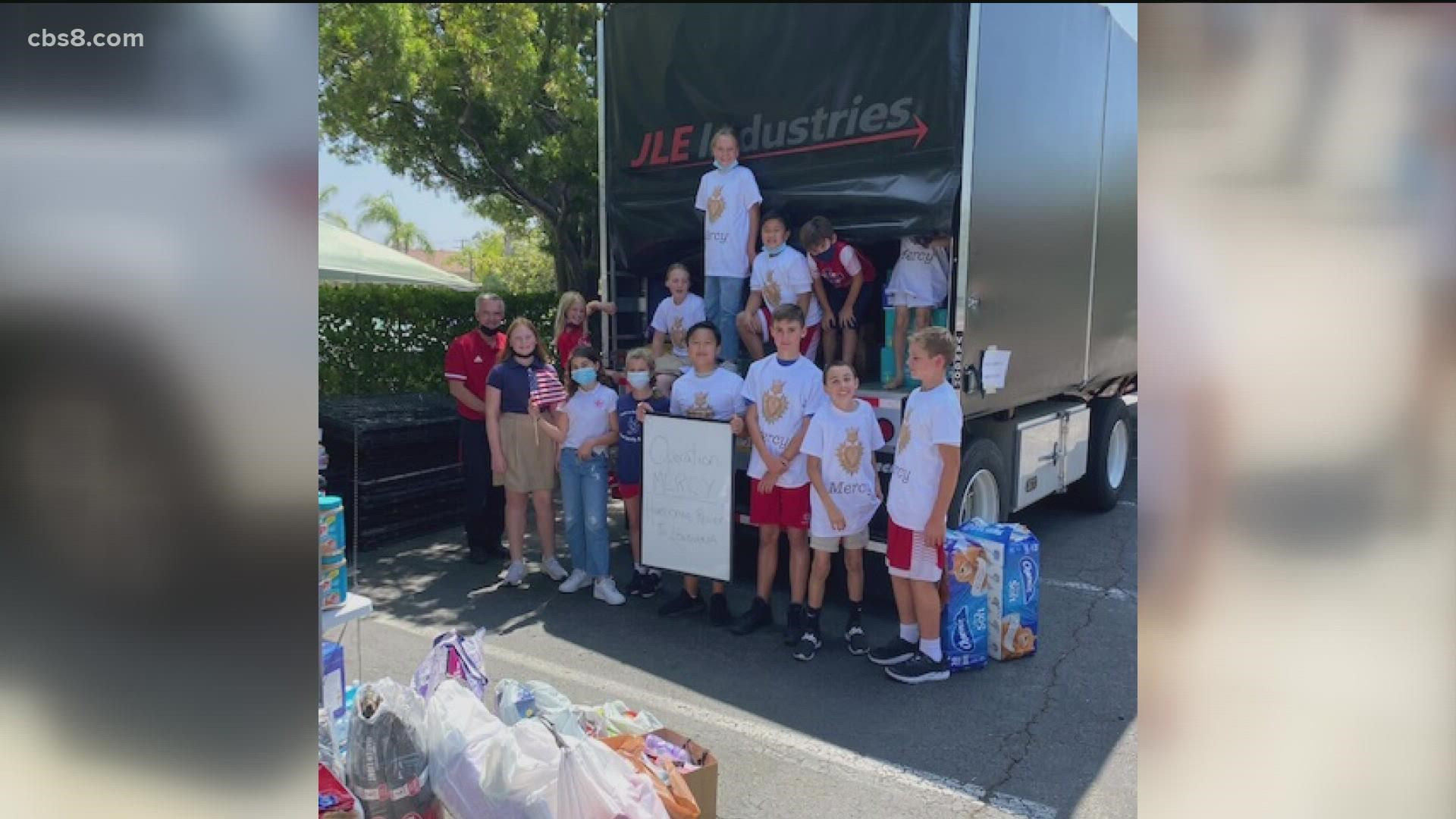 SAN DIEGO — Volunteering in Hurricane Ida impacted New Orleans, a mother of seven, Tammy Lambert got her entire family to help those in need.

While meeting outside Holy Family Catholic Church in Luling, Louisiana to drop off two huge truckloads of supplies, Lambert got coordination help from her brother-in-law, a priest and missionary in New Orleans.

"The Louisiana people are so resilient in all this suffering and we've been going into their houses, stripping the drywall, throwing all their furniture out into the yard, and they’re just saying they are so blessed, this is just stuff,” said Fr. Lambert.

Father Stephen Dardis, Pastor of Holy Family Catholic Church says the response from all the California donations was overwhelming.

"It was just much more than we anticipated, and I think it was going to be one truck, and the media in San Diego picked up the story, and I think Philip Rivers was involved, some more traction, and then all of a sudden it was two trucks,” said Dardis.

Now back home in San Diego after her weekend donation drop-off in Louisiana, Tammy Lambert is still getting more support for Hurricane Ida victims.

"It didn't matter that they were 1,800 miles away, it just felt possible to help them, and so we did it,” said Lambert.

The Lambert family made t-shirts with the words "mercy" and a gold crown pictured on the front and a long list of volunteers on the back.

"You know, Lord have mercy on those people who have lost everything,” Lambert said.

From the Rancho Santa Fe parking lot of the Nativity Catholic Church, the Lambert family loaded two 18-wheelers with a heap of supplies from San Diego businesses, nonprofits and community members.

"Donations started piling in and we had $30,000 worth of generators, we had wheel barrels, and we had tools and first aid supplies,” Lambert said.

”Tammy flew in with some of my nieces and nephews, and we were able to work on the ground for two days just share that hope, that this community in San Diego was thinking of them,” said Fr. Lambert.

“I'm nobody, I am from San Diego, I don't really have anything to do with that community, and I just said to them this is an example of how much God loves you,” said Lambert.

Lambert set up a Gofundme page for anyone who’d like to donate to "Operation Mercy" for New Orleans relief.