"It’s going to show others that are currently battling post traumatic stress, that they too can get their lives back," said Michael Gier, filmmaker. 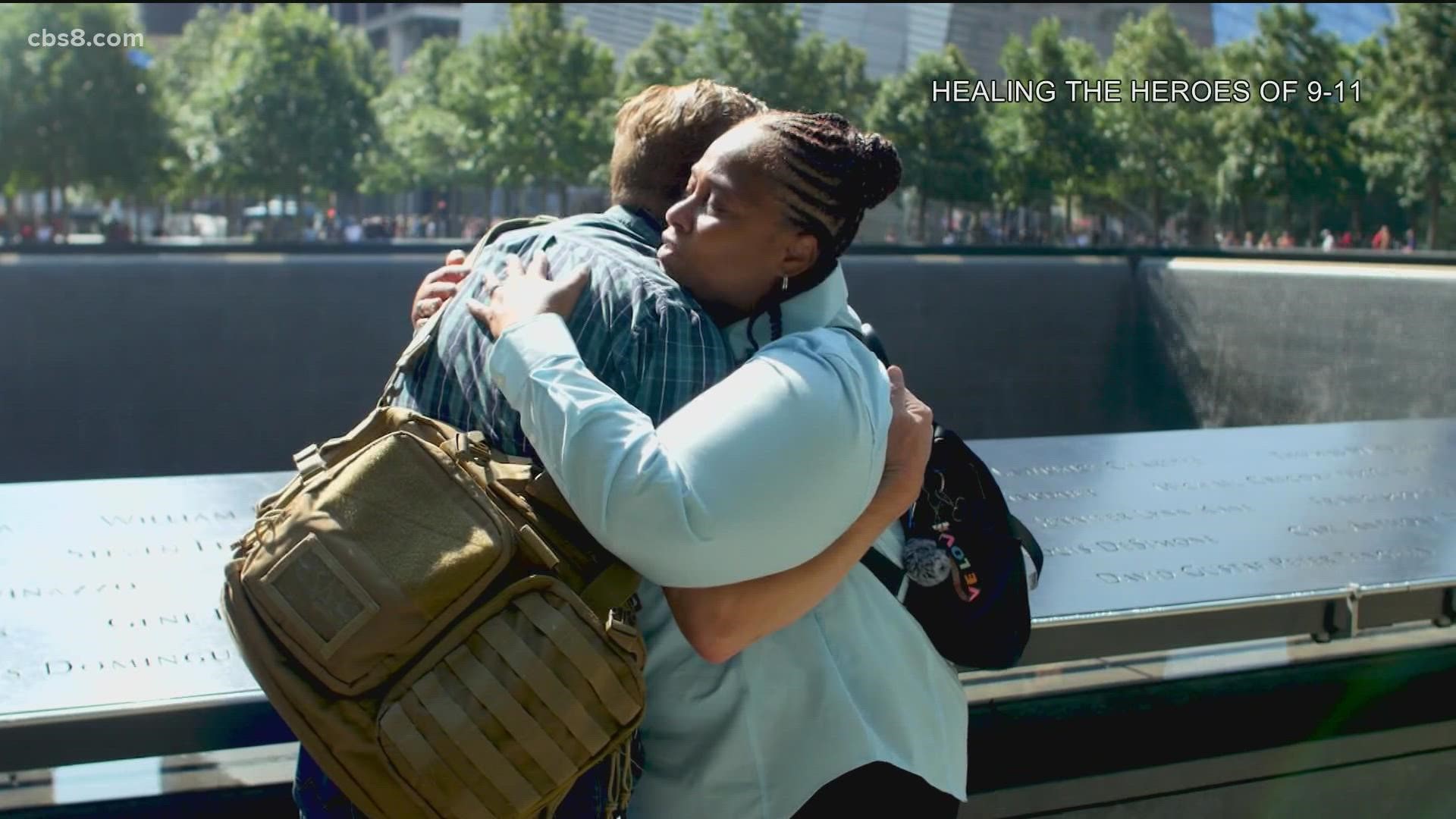 “People who were suicidal, people who have given up hope, people who thought they had to live a miserable life for the rest of their lives, [have] finally done something that not only gives them their life back but gave them a life worth living,” said Gier.

Excerpts from the film provided by Gier include a New York City firefighter who was at ground zero and stayed there for two days straight.

“We were searching and basically searching by hand but that was one thing that struck me - there was no one to treat. There were just bodies,” said Bill Hays, NYC firefighter, USN, NY Air National Guard.

“There were times I felt like I had the weight of the world on my shoulder,” said Osorio, New York State Chaplain Task Force.

That weight has started to lift in the new documentary, directed and produced by Gier, who followed five 9/11 first responders from ground zero and the Pentagon and the healing power of a TRP.

“I really haven't looked at the skyline in years. I definitely want to come back in where before I had no desire to come in,” said Bonnie Giebfried, NYC EMS, 9-11 first responder.

TRP was started by 22Zero, a nonprofit founded by retired Army veteran Dan Jarvis. The neurological intervention is a kinesthetic dissociation process that in an hour or two can train the brain to separate emotion from the event without reliving the trauma.

“To see things in people who have experienced horrific things and then change in literally in an hour or two to where they are sleeping, they are happy, the backpack of the weight they live with every day is gone,” said Gier.

Before "Healing the Heroes of 9-11," Gier made the award-winning documentary, "Wounded Heroes." For too long, Gier saw that many military veterans were on a list of medications, but their PTSD wasn’t going away. It featured other neurological interventions that helped veterans heal.

“That was shocking to me. How is it possible to be that someone this young can be on so many medications and not actually solve the problem?” said Gier.

Gier said he has no military background or personal connection to 9/11 but he’s a proud American from San Diego who wants to save America’s heroes.

“I'm a civilian but I respect our military, our first responders and all they do for us,” said Gier. “Everybody in these films did it for one message, only that anyone battling PTSD can be healed.”

Gier said he only had two and half months to make the documentary - the fastest project he’s ever produced.

“We filmed in New York, Florida, Japan. The post reproduction that is required. I’ve never worked so hard and so quick on a project and the film is going to be amazing and this film is going to save lives,” said Gier.

"Healing the Heroes of 9-11" will be released on Saturday, September 11 for free on 22Zero.com

Gier also launched Sponsor a Hero that gives people the opportunity to purchase screenings that are then given to heroes at no cost.