The Palestine Children's Relief Fund, flew Ibrahim from the Gaza Strip to San Diego for a prosthetic fitting. 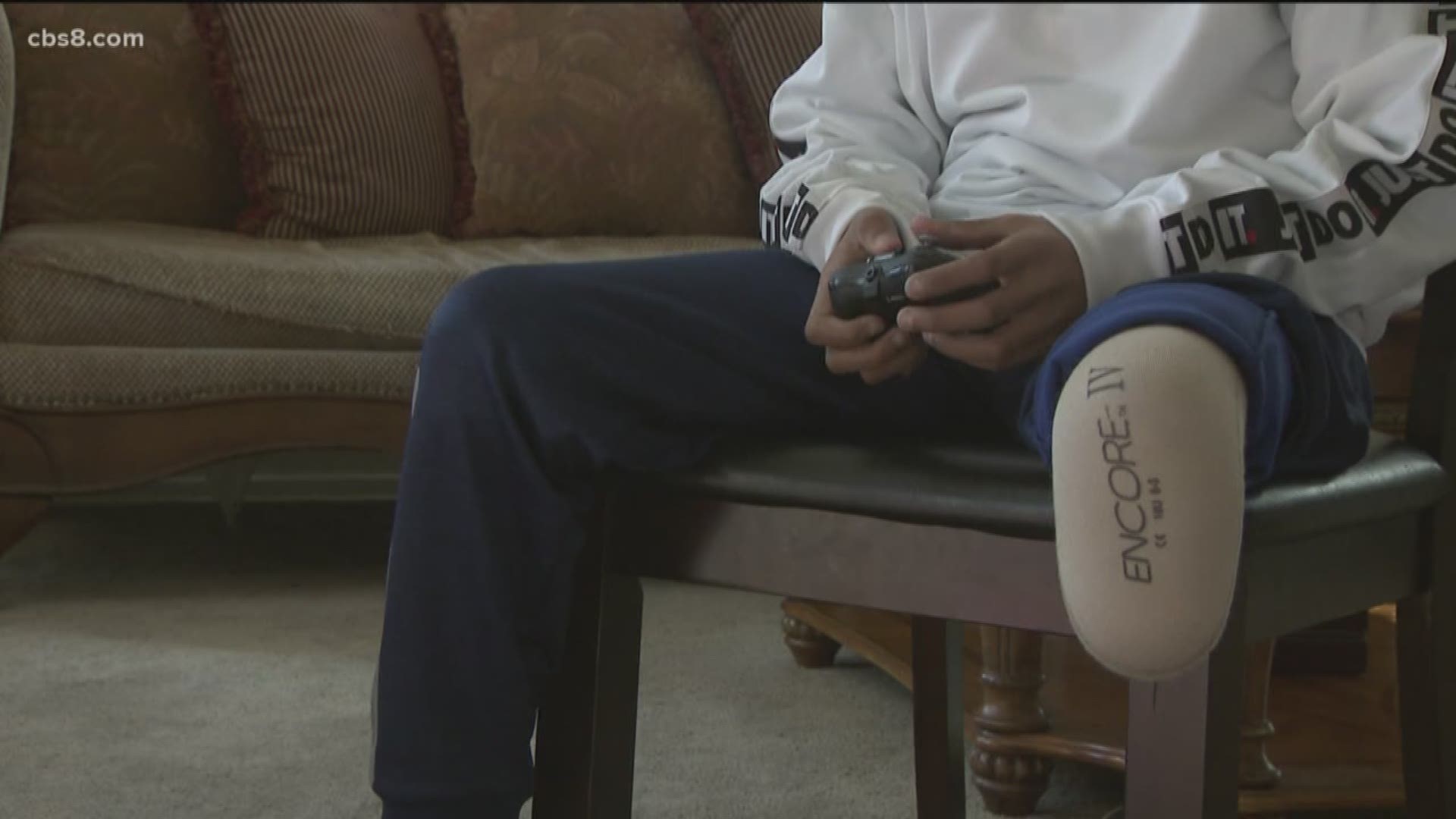 SAN DIEGO — Fourteen-year-old Ibrahim Abu-Khatab has been in San Diego for two weeks and has already hit the best spots.

"He was able to walk the beach," said Ibrahim through a translator, "[I got to] go to the zoo and go to a San Diego State basketball game."

Ibrahim is from Palestine. He was born and raised in a refugee camp on the Gaza Strip.

"My father is really sick, it's a hard life for them," he said.

One day, while playing soccer with his friends. A bomb exploded, severely injuring Ibrahim and killing some of his friends. It became increasingly clear that he couldn't get the medical attention he needed in Gaza.

"Palestine right now is in a situation that is not favorable for children," said Nisreen Khatib, the President of the San Diego chapter of the Palestine Children's Relief Fund. "In Ibrahim's case, he's living in a Gaza refugee camp, where there is a lot of challenges getting basic care right now."

Ibrahim had his left leg amputated in the explosion and was in desperate need of a prosthetic leg, which is where the PCRF came in. They flew him to San Diego, set him up with a host family and are getting him a free prosthetic leg from the Hanger Clinic.

"He's got a genuine passion for soccer and he's learned how to play with one leg, but it's not the same," says Khatib "To be able to give him an opportunity to kick around the ball and run up the field. I'm just really excited to see him do something he really loves to do."

Ibrahim will be fitted with a prosthetic leg and will hopefully be able to take his first steps within the next six weeks. If you would like to help the Palestine Children's Relief Fund you can donate to their website at PCRF.net.