San Diego parking meters soon to be 'digital only' kiosks

Right now, San Diego has removed coin payment for 13% of meters and they hope to continue to put more of these "digital only" kiosks throughout the city. 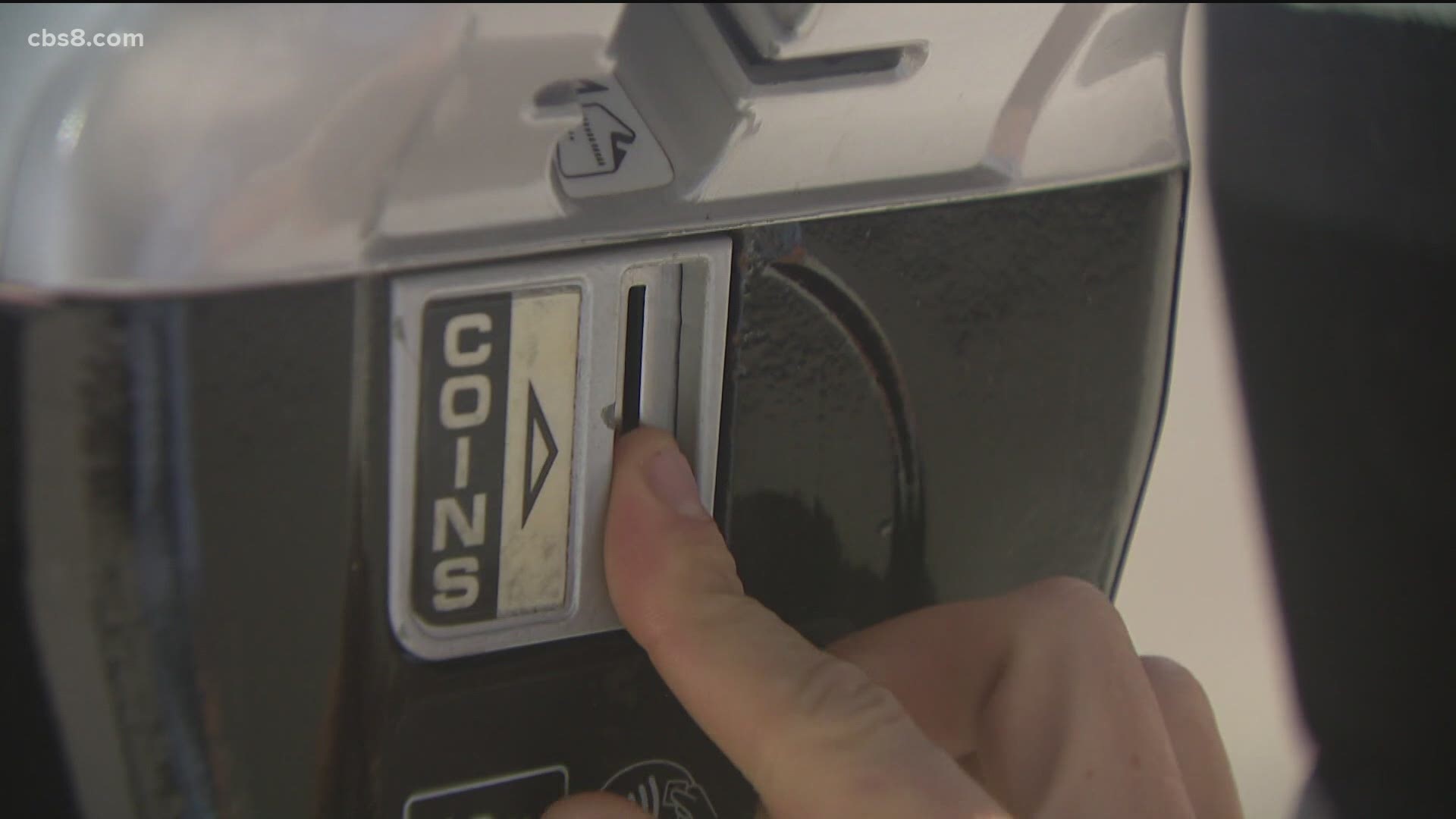 SAN DIEGO COUNTY, Calif. — Parking, it’s a consequence of living in a city designed around the car. When you don’t bike, walk or take public transport you’re going to have to use a parking meter and San Diego has a lot of them.

The city manages approximately 5,700 metered parking spots. In the past, you just had to pop in a few quarters and go on your way, but in the 21st century, and credit cards are king.

“It frustrates me and I just don’t think it’s fair that it’s on the backs of consumers and working families.” said Lauren Augustine.

Twice a day, Augustine parks and picks up her kids from school downtown. A quick trip, which maybe costs her 50 cents a day. But after the pandemic, she found that slot for coins had been covered up, forcing her to use a credit card to park.

“The credit card has you do a minimum one hour purchase, which is a $1.25, which absolutely adds up when you go twice a day.” said Augustine.

Instead of the fifty cents she was paying a day, Augustine is paying $2.50 for a quick pick up. Which might seem like chump change, but is significantly more than what she was paying before.

Right now, San Diego has removed coin payment for 13% of meters and they hope to continue to put more of these "digital only" kiosks throughout the city. They say, it streamlines the payment process and keeps more cars off the road.

“It limits the amount of vehicles that we have out collecting money from these meters,” said the City of San Diego Spokesman, Jose Ysea. “It’s a win for traffic safety, it’s a win for our climate action plan and a win for efficiency for the city.”

Ysea also recommends people use the park mobile app on their phones and to always read the signage to see if they can use coins at that location. He also mentioned these meter cards, which act like debit cards and can be picked up from the treasury office.

But Augustine isn’t convinced that mandatory credit card fee wasn’t a part of the whole plan.

“They say it’s not to make money but it can’t help feel like a money grab that’s on the backs of citizens,” said Augustine. “You’re paying the credit card fee, which they’re forcing you to pay because they will no longer take coins.”

Right now, most meters will still take coins, but down the line, you’ll just have to keep the change in your cup holder.

“It’s a tough spot that the parking citizens are in,” said Augustine. “And they’re not really getting a lot of help from the city.”