Events venues were among the first to close and will likely be some of the last allowed to open. But some performers have found new ways to show off their talents. 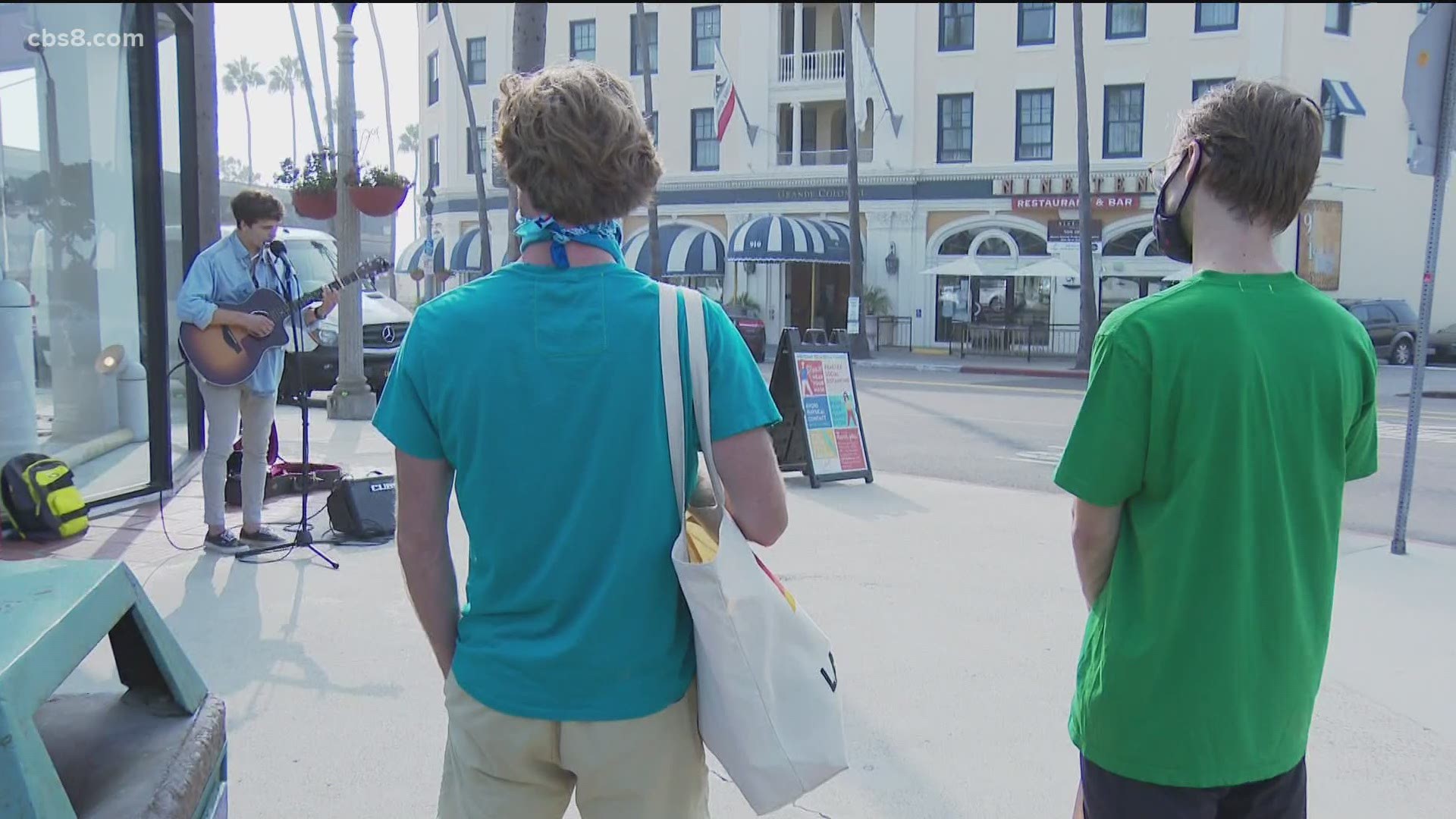 The entertainment industry has been fighting for its voice to be heard throughout the coronavirus pandemic. Events venues were among the first to close and will likely be some of the last allowed to open under public health orders. But some performers in San Diego County have found new ways to show off their talents.

After a half a year hiatus, entertainers are trying to reconnect with fans - at a distance. In La Jolla, News 8 met one young man turning street corners into his stage.

James Isaac used to play at big venues and never really imagined himself as a street performer.

“I just always thought it's a thing you do in New York,” he said.

But now, he sets up pretty much anywhere.

He said he travels for tips as “times are tight.” But mostly for a reward, only an entertainer can truly understand.

"I genuinely feel like I need to perform,” said Isaac.

Like even the biggest artists, the 22-year-old from San Diego spent the first part of the pandemic performing virtually.

"They went well but it's still nothing like this,” he said.

Performing live, Isaac enjoys the smiles and, at times, the dancers. But said it's the reactions that really resonate.

"We miss that so much,” said a passerby. “It uplifts your spirit.”

For many seeing Isaac perform, it was their first time hearing live music in months.

“As soon as I heard him tuning up, I said ‘well, maybe I'll just open up the window,” the passerby added. “It's a bummer that we can't see him in bars and restaurants and events.”

The future of live events in California remains unclear.

"We have zero guidance right now on where we are with reopening for any type of event,” said Laurel McFarlane, owner of a local promotions company behind big events like San Diego Pride.

But she recently refocused her energy on helping form The San Diego Event Coalition. At first, organizers pushed for some form of financial support. But with the coronavirus stimulus, PPP loans, and unemployment benefits long gone, the industry just wants a way back.

"Not large events, but small events just to get the door open,” McFarlane said.

The coalition proposed its own detailed reopening guidelines and even lit up venues across town in bright red to raise awareness.

But with elected officials still working out the "logistics for the live industry,” Isaac is making his own statement.