Photographer Andrea Van Wagner wants to warn parents after she found two of her son's pictures on a page for people who "like strong boys." 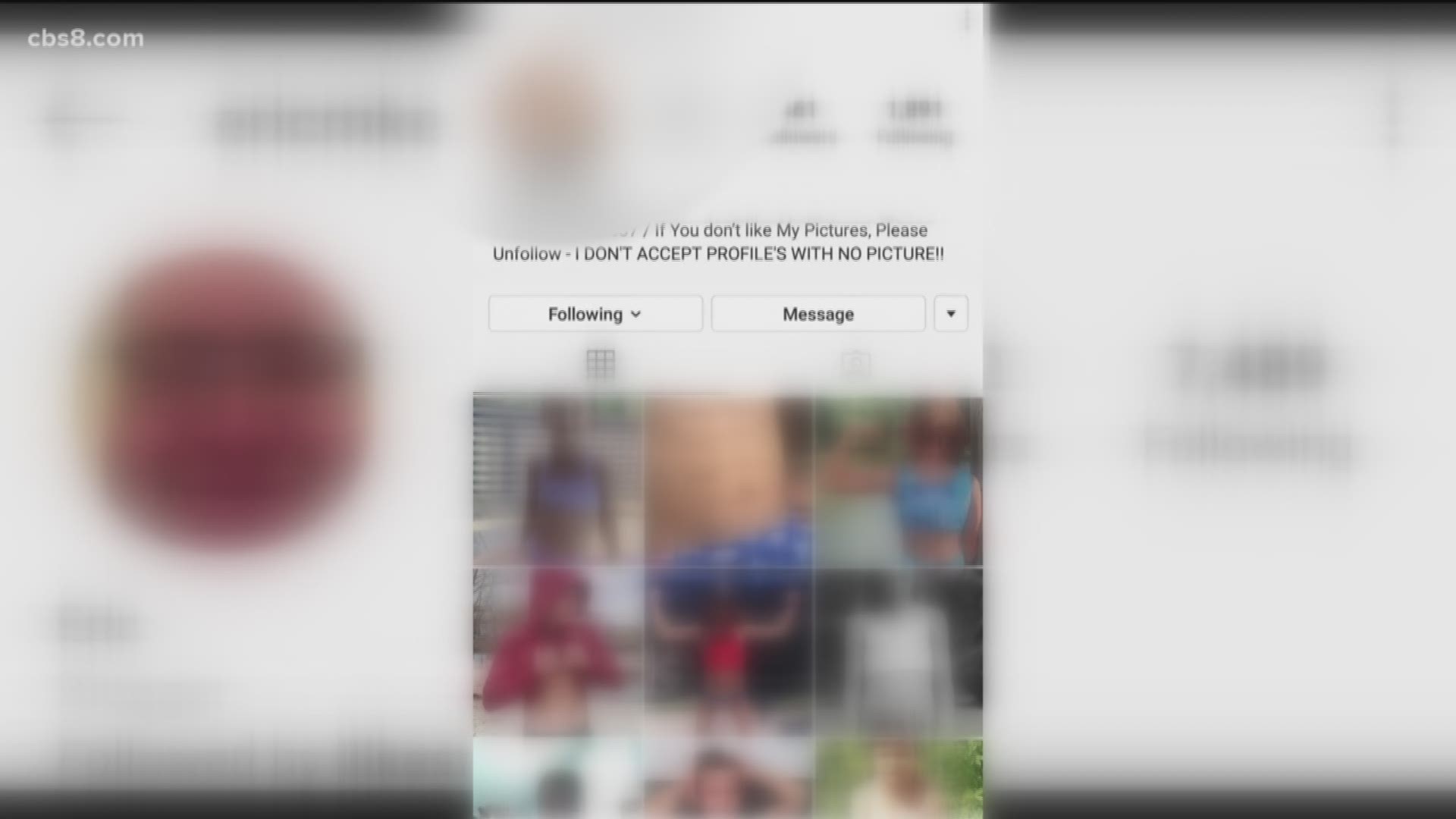 SAN DIEGO — A photographer in San Diego wants to warn parents to be careful when posting about their children online. She said a recent photo of her son was posted on a page for people who “like strong boys” and that it’s been a difficult process to get it taken down.

“I'm a photographer and I take a lot of pictures of kids and sports and families,” said Andrea Van Wagner.

In an effort to promote her business, Van Wagner started an Instagram account posting professional pictures as well as fun snaps of her boys including a picture taken after her 9-year-old son Cole had just won a wrestling tournament.

RELATED: Creepy Instagram user says he will not stop

RELATED: #Warning: Hashtags can put your children at risk

"He has a singlet on and he was really proud,” Van Wagner said.

But not long after the picture went up, she noticed someone using a handle that referenced liking strong boys had liked the picture.

"[They] liked my son's picture and I was like ‘that’s kind of creepy handle,’” said Van Wagner.

"I saw about 4,000 pictures with athletic kids with their shirts off,” she said. “By themselves, they were fine, but then I see a collection that somebody has that has no description.”

Even more disturbing for Van Wagner, two of the pictures were of her son. The user had swiped Cole's pictures and posted them for others to see.

RELATED: 15 apps parents should look out for on their kids' phones

She said she went into detective mode and quickly realized the Instagram page was part of a network of similar accounts and users.

"They were mostly male and older and what I could see of their stuff [was] a lot of fetish pages and these followers were only following little kids' pages that were obviously under 13,” Van Wagner said.

When she contacted the Instagram user and asked for the picture to be taken down she says he told her “I'm not posting pictures of pornography.”

Van Wagner also contacted Instagram but received an email message detailing a somewhat lengthy process to get her son's picture removed from the page. It went on to say they would continue their investigation.

She was shocked the content wasn't immediately taken down and after a week of no response while the page remained up, Van Wagner reached out to News 8.

On Tuesday afternoon, News 8 also reached out to Instagram and was told the page did violate their policy and the page was removed.

Van Wagner had also contacted police but said all they could do was take a report.

"[They said] that because it's not pornography, they couldn't do anything about it,” said Van Wagner

Van Wagner now wants to warn others to be mindful of the pictures they post of their kids because you never know who could be searching for them. She says the user names of these types of accounts usually included references to “young boys, strong kids, or cute boys."

She advises parents to be on the lookout for similar references and check who is following their children’s social media account and if it looks suspicious to contact the social media company.