San Diego police officer honored with his own day 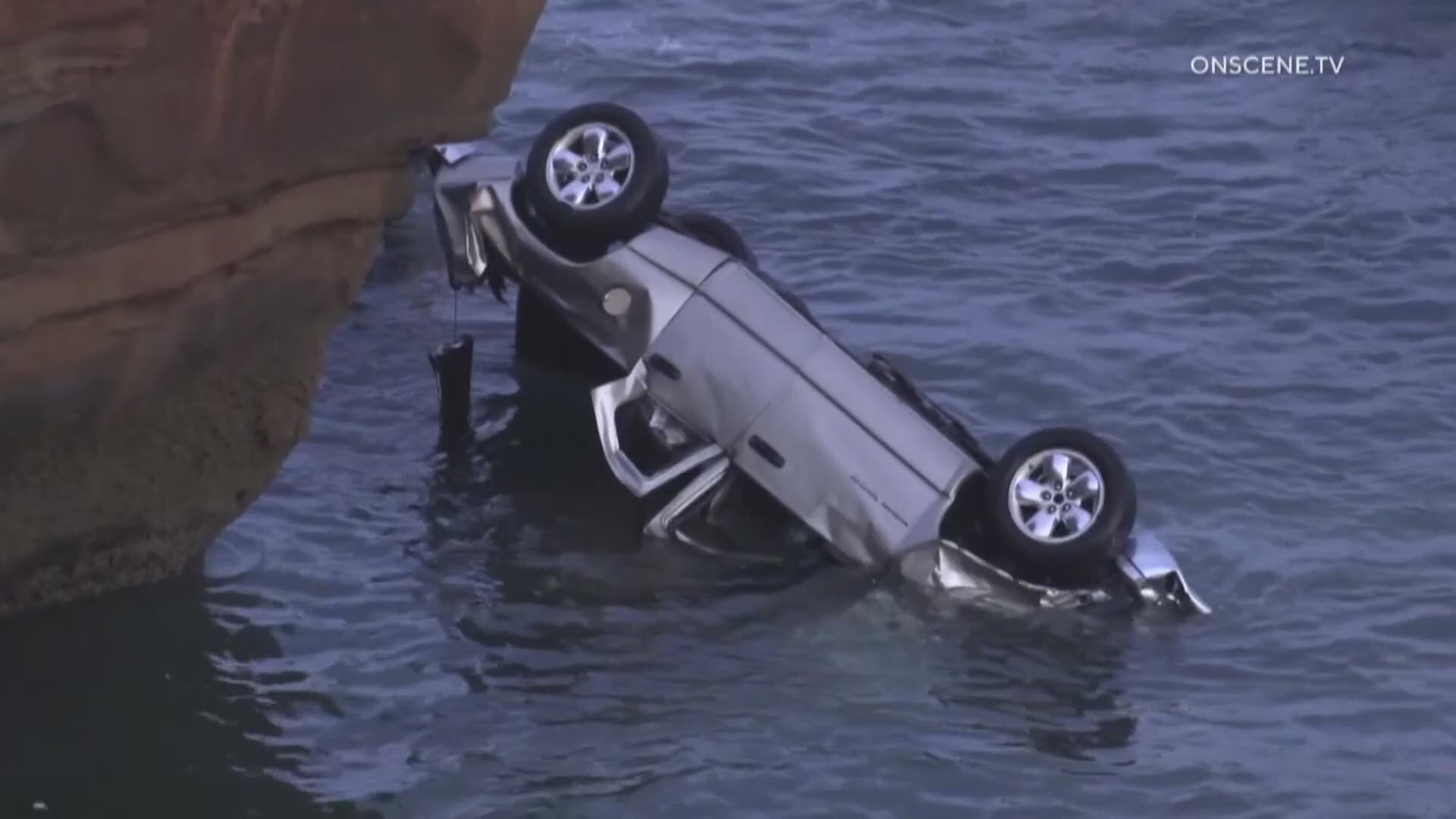 SAN DIEGO — A San Diego police officer was honored with his own day Thursday due to his rescue efforts in a Sunset Cliffs' incident and actions in the Poway synagogue shooting of 2019.

"This is overwhelming, you know, I mean I didn't expect all this - to have a day dedicated to me," said Officer Jonathan Wiese, a K-9 handler for the San Diego Police Department.

Wiese said he is overjoyed at the honor of having Aug. 6 proclaimed "Officer Jonathan Wiese Day" in San Diego.

"I didn't do it for all of this. I did it for those girls. So this is amazing," Wiese said.

On June 13, Wiese, a member of the San Diego Police Department for 22 years, heard a call on his radio of a suicidal man who had kidnapped his twin 2-year-old girls.

Wiese rushed to Sunset Cliffs where he saw the aftermath of 47-year-old Robert Brians’ truck, carrying his two toddler girls, going off the cliff into the ocean. Officer Wiese jumped to the rescue, which wasn't easy since he said he is afraid of heights. The former U.S. Marine Corpsman turned K-9 handler used a 100-foot dog leash to get in the water.

“So I just took off my uniform shirt, my vest, and my gun belt, grabbed the leash and ran to the edge,” Wiese said. 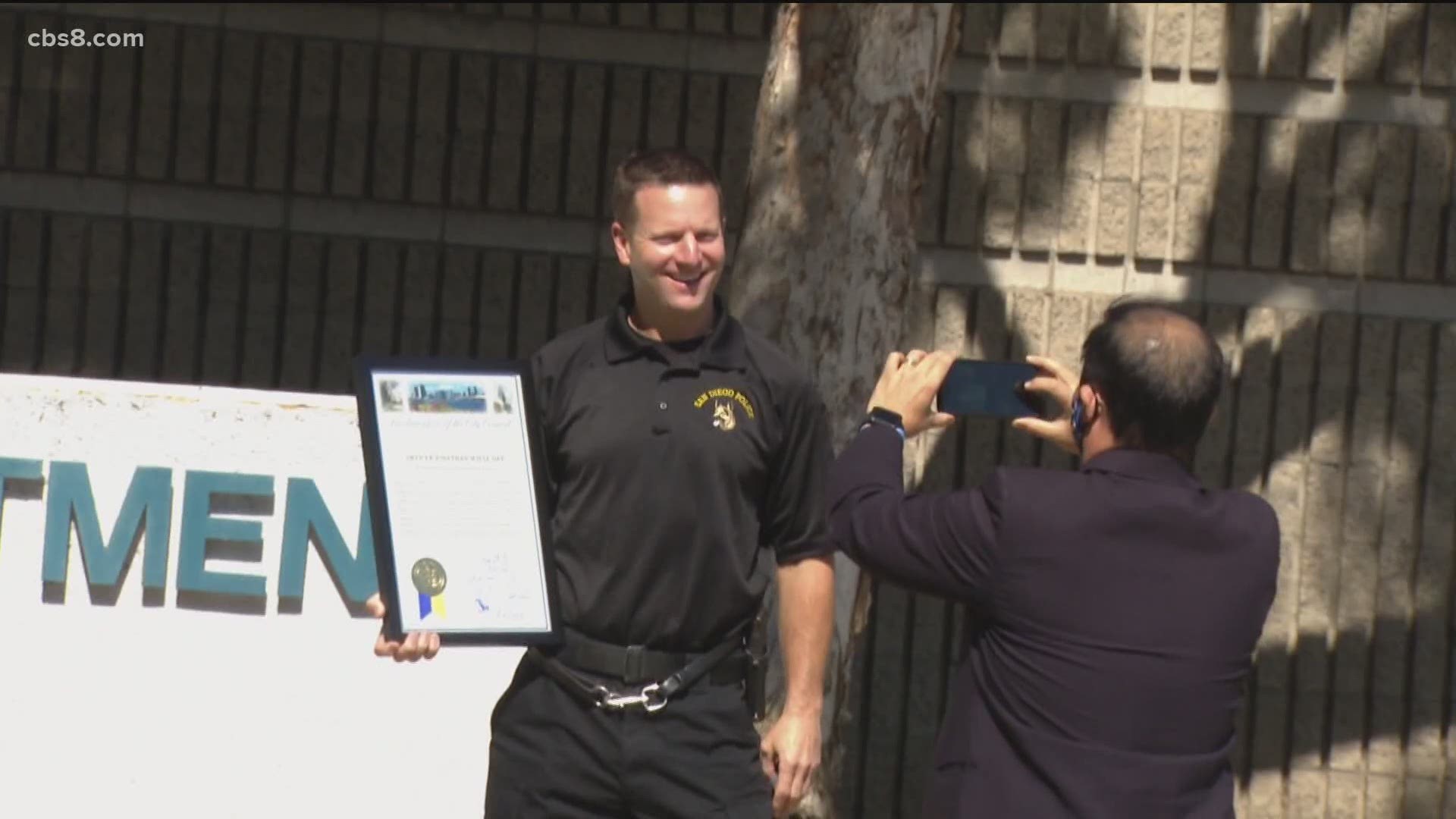 "I don't think that there's any question that but for his heroics, that these three people would've wound up dying,” Kersey said.

In Kersey's district and Wiese's hometown, he gets the recognition.

"We just couldn't be prouder of him. He's from Rancho Bernardo, he went to RB high school, and he's exactly what we want from our men and women in blue,” Kersey said.

Wiese was not just honored for the cliff rescue, he was also the officer who helped apprehend the accused Poway synagogue shooter in 2019.

"It's crazy the magnitude these two events had, almost a year apart, both on a Saturday morning,” Wiese said.

With a hero's award in hand, signed by each member of the San Diego City Council, Kersey read the proclamation declaring it to be Officer Jonathan Wiese in the City Of San Diego on Thursday.

"Protesters might say - or whatever is going on - and there are some bad things going on, this is still, I think, the greatest job in the world, and it's up to us to show people that,” Wiese said.