Some San Diego families have waited months to see video documenting the deaths of their loved ones. 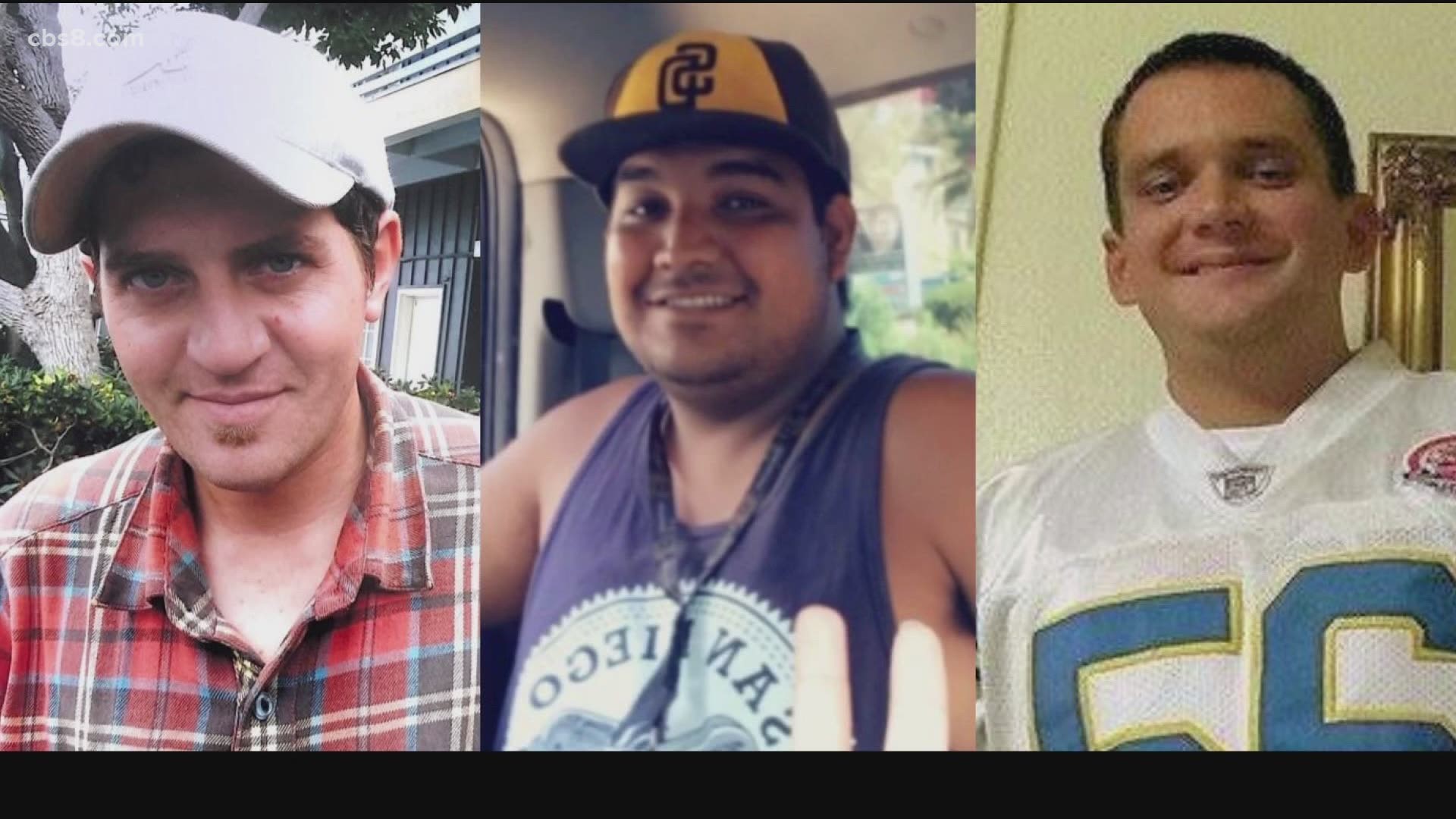 SAN DIEGO — A man was shot by police Saturday and within 24 hours, the San Diego Police Department released the video of the incident to the public.

Why did the video release happen so fast in the SDPD shooting death of Leonardo Hurtado Ibarra this past weekend?

Why does it take so long in other cases for police video to be made public?

Some San Diego parents have been waiting for months to find out why their sons have died after an incident involving police.

“I'd like to see a speedy 72 hours [for] video release throughout the County of San Diego,” said Francine Maxwell, president of the San Diego chapter of the NAACP. “The goal is to make sure that there is accountability and transparency and you can only get transparency with a 72-hour release."

The NAACP currently is calling for the release of surveillance video that captured the shooting death of Nicholas Bils near the downtown jail.

The deputy-involved shooting happened on May 1, almost two months ago, but surveillance video of the incident still has not been made public.

Attorney Eugene Iredale represents Bils' mother, Kathleen Bils, as well as the mothers of two other young men who died in police custody recently, where the video has not been released to the public.

In October of last year, 24-year-old Angel Zapata Hernandez died after being restrained by MTS police officers in downtown San Diego. SDPD is investigating the case and has not released the surveillance video.

Last month, Wesley Henry died in the hospital after being restrained by SDPD officers inside his Cortez Hill apartment. SDPD officer body-cam video has not been made public.

“The San Diego Police Department has refused, claiming there is an ongoing investigation, to release any of the videos,” said Iredale.

Under California law, police agencies can withhold video from the public if its release would "substantially interfere" with an investigation.

Iredale said those cases are rare.

“Danger to a witness, danger to a confidential informant, nothing short of that is a proper basis to refuse to turn over to the public evidence of how the police go about doing the public's business,” Iredale said.

“When we have a video that shows what happens, it is a record that should be made open to the public. It's not secret. It's not special. It's not the property of the police department. It is a public record,” said Iredale.

Under the Calfornia Public Records Act, police video is supposed to be released within 45 days. But agencies frequently cite the ongoing investigation exemption, which can delay the video’s release indefinitely. Then, a family's only option is to hire an attorney and sue to get the video released.

News 8 asked the San Diego County District Attorney’s office for clarification on a county policy whereby police agencies turn over body-camera video to the DA for review.  News 8 also wanted to know when the video would be released in the May 1 shooting death of Nicholas Bils.

"Law enforcement in California is navigating two new laws that took effect in 2019 regarding disclosure of audio/video after a 'critical incident' or 'use of force with a firearm.' The two laws have different timelines. Police agencies have discretion to release some videos and delay others depending on the circumstances.

Under Penal Code Section 832.7, an agency may withhold the records for up to 60 days from the date of the use of force involving GBI/death/discharge of a firearm. This time period may be extended if the disclosure would interfere with a criminal enforcement proceeding against an officer who used the force, an enforcement proceeding against someone other than the officer, or the agency’s internal investigation.

Under the PRA statute, Government Code section 6254, subdivision (f), an agency may delay disclosure of a recording up to 45 days after a critical incident, and up to a year following the incident, if the disclosure would interfere with an investigation. Delays may be longer if the agency makes a certain showing that the recording would interfere with an investigation.

Both of these laws are complex and contain additional information regarding exceptions and redactions.

The DA’s Office cannot stop the agencies from releasing video. It's their evidence.

You're correct that separate from the laws above, the current version of the OIS Protocol signed by the Police Chiefs' and Sheriff's Association dictates that the DA's Office releases video only after we have completed our review.

The Bils case is still being actively investigated, so there is no timeline for when the DA's Office would release the video."