The suspect was taken to a nearby hospital and as of Wednesday night, his condition was unknown but police said he was taken into surgery. 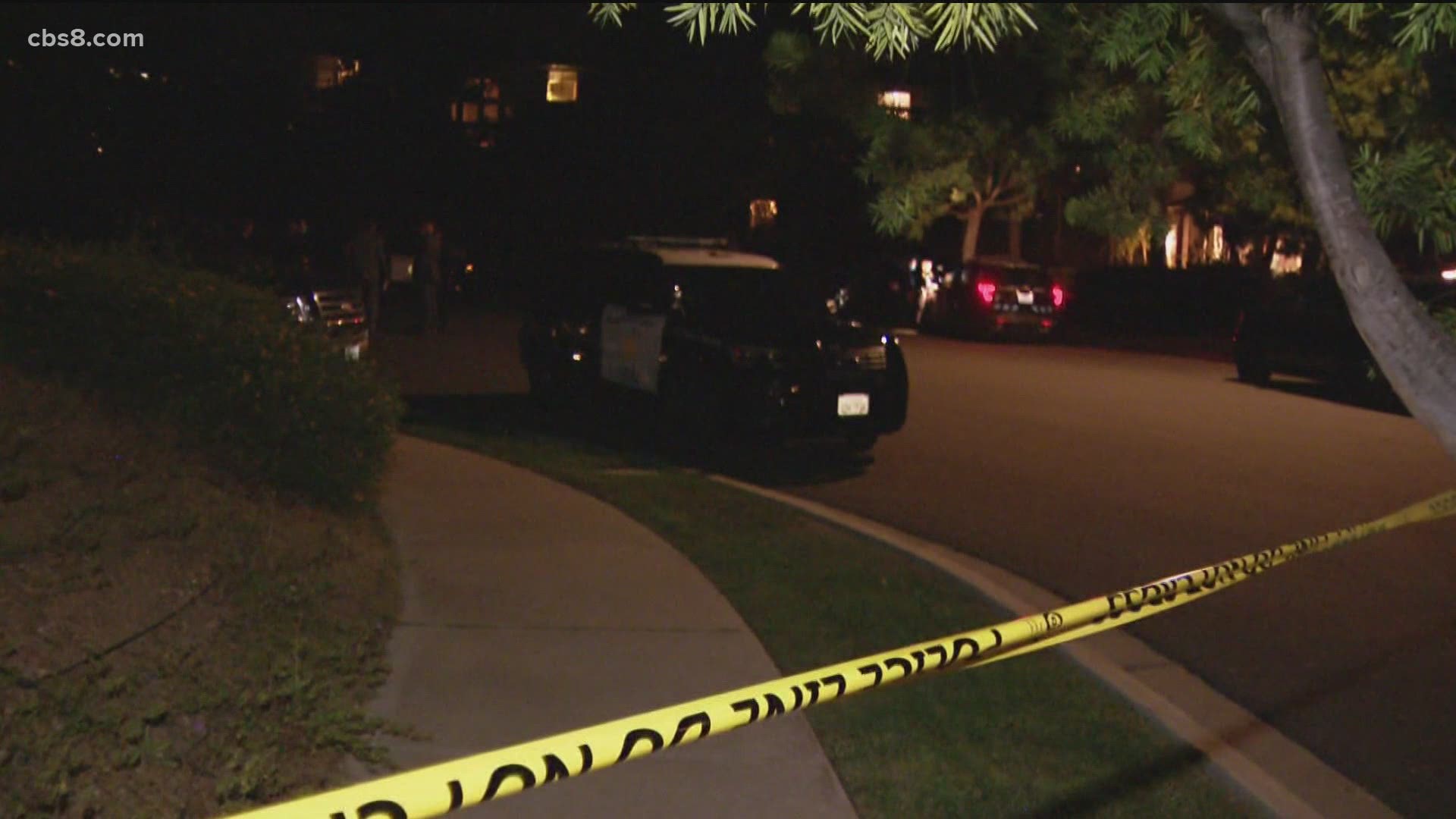 SAN DIEGO COUNTY, Calif. — A domestic violence suspect was taken to the hospital for surgery Wednesday night after being shot by a San Diego police officer in Rancho Penasquitos, according to the department. The incident occurred just after 7:30 p.m. in the 8500 block of Celtic Court in a residential area near the intersection of Carmel Valley Road and Camino Del Sur.

Several officers responded to a home in the area after a woman reported a domestic violence incident around 7:20 p.m. A 911 dispatcher said a scuffle could be heard on the call with a man making reference to wanting to be shot by cops. There were also indications on the call that there were firearms in the home.

As officers approached the home the male suspect - described as a white man in his 60s - produced a revolver, according to police. Police said when the man drew the weapon one officer, fearing he or other officers would be shot, discharged one round from his service weapon striking the suspect in the torso.

The suspect was said to be conscious and breathing when he was taken to a nearby hospital. As of Wednesday night, his condition was unknown but police said he was taken into surgery.

Officers located a revolver on the porch of the home after the incident believed to belong to the suspect. No officers were injured in the shooting, according to SDPD.

Homicide detectives were on the scene Wednesday night as is protocol in officer-involved shootings. The officer who fired the shot will be placed on administrative leave which is also standard procedure, according to SDPD.

San Diego Police on the scene of an officer-involved shooting in Rancho Peñasquitos: @CBS8 pic.twitter.com/WeN5qYHLlk