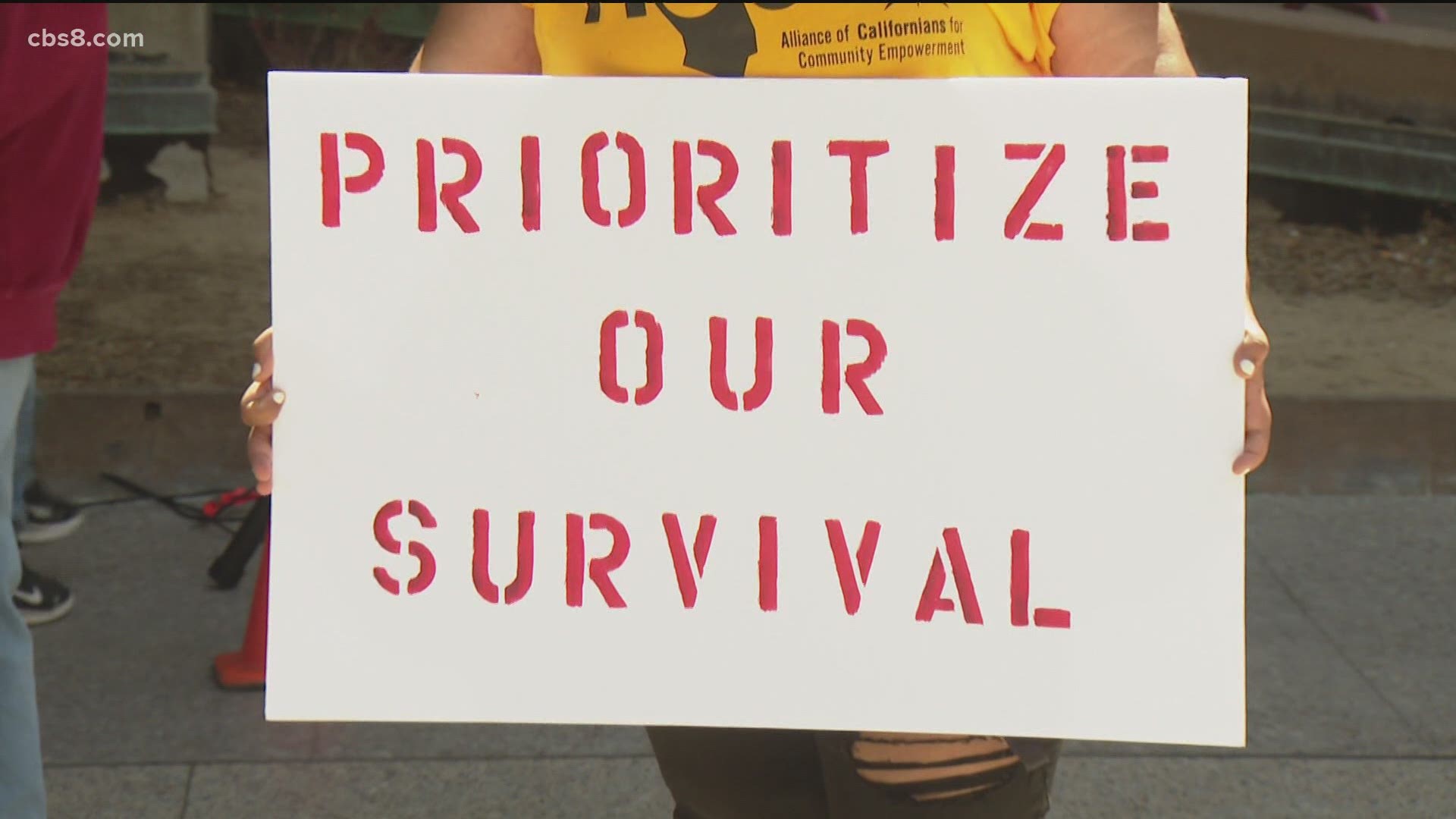 SAN DIEGO — As the City of San Diego's budget review committee had an independent analyst go through next year's proposed budget, a group of local and community youth leaders met downtown outside city hall to call upon Mayor Todd Gloria to change some aspects of the budget, such as diverting funds from the police into other community programs.

“This budget is not enough. Do not give us crumbs and then insult us by calling it justice,” Chris Sotomayor of Environmental Justice said.

The group's largest budget complaint was that it proposed to give a $19 million increase in police funding.

"One thing that hasn't been increased, is the funding in the communities that are most impacted by police violence,” said Malcolme Morgan of Pillars of the Community.

San Diego community and youth leaders sound off against the City’s new proposed budget for 2022 that plans to give $19 million to police.https://t.co/Eustb0ox3q pic.twitter.com/zRvuckhFJc

Keara Piña, researcher with the Center on Policy Initiatives, said the city has the money, it just needs to make a bold community investment.

"Mayor Gloria's budget is disappointing, and it seems to represent a desire to remain politically neutral rather than serve community needs. Even with the new leadership, the police budget continues to grow, now, reaching an increase of over $205 million for over the past 10 years,” Piña said.

"Our children and youth deserve to be prioritized and not by one time programming but in the long run,” Warsan Artan of Democratizing Power said.

"It is hard to house your family when we cannot get any assistance with rent control, and the prices are skyrocketing,” Johnson said.

Some in the group characterized the proposed budget as empty promises.

Natasha Salgado, a community organizer for the Logan Heights Community Development Corporation said it was disappointing for the mayor to not include cash aid for undocumented workers and approach this economic package as a one-size-fits all solution.

In a statement from Mayor Todd Gloria's office, it reads:

“I have heard the calls for changes to police practices in our city, which is why I proposed a series of reforms that we are undertaking right now. Funding the police department aligns with the notion that police practices must evolve, and still allows us to invest in our communities. With violence increasing in San Diego, I have proposed a sensible budget that will make our city safer."

Two high school sophomores at Gompers Preparatory Academy had with posters that said: "Prioritize Our Survival" and "Demand Environmental Justice.”

Esther David said she is taking AP classes, but there are other AP courses she would like to take, but her school doesn’t offer them due to lack of funding.

“Growing up in the south east, you don't really see nice parks, you just see things of dirt, and there is nothing. How do they expect our youth to go out and do something better with themselves when they don't offer that?” student Jackquelin Maqueda said.

The city has public hearings scheduled to go on each weekday until Tuesday, May 11th.