"Before he becomes something worse in the future, the system has a chance to help him get better," said Rabbi Yonatan Halevy. 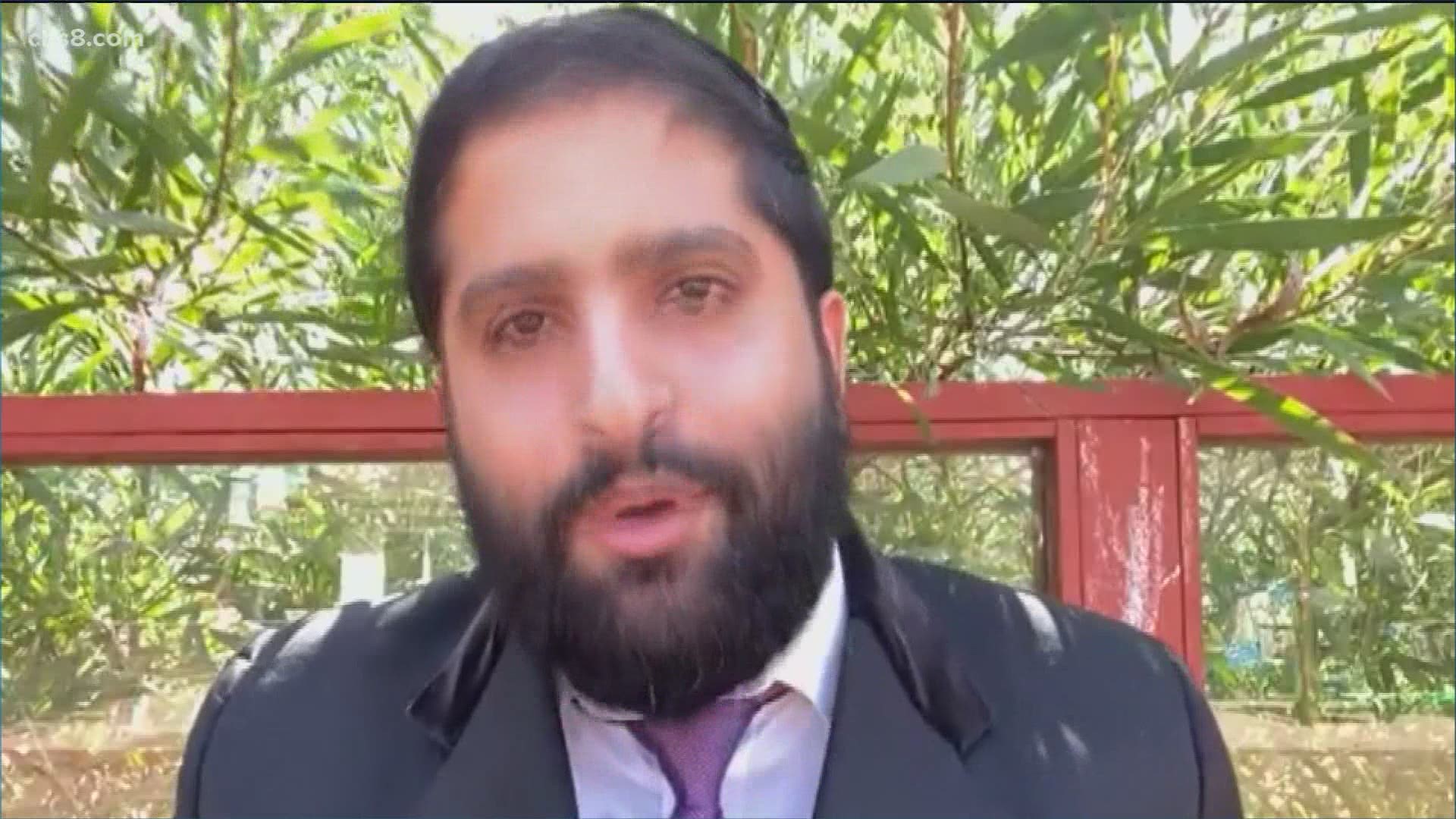 SAN DIEGO — The case against a 14-year-old boy arrested on suspicion of battery and committing a hate crime continues to move forward in juvenile court. A detention hearing for the teen was held Tuesday.

Police say the teen attacked Rabbi Yonatan Halevy on Oct. 10 near the 3200 block of Governor Drive.

"I actually couldn’t believe it was happening. The truth is, I was shocked. My reaction was just total shock," said Rabbi Halevy.

He was scheduled to meet with the San Diego County District Attorney's office Wednesday to talk about steps in the case going forward.

Halevy was walking his elderly father to synagogue dressed for the Jewish celebration of Sukkot when the incident happened.

He said a group of teens that had been harassing him and his congregation for weeks suddenly appeared.

"One of the young men broke away from the group and they told us 'move' to get off the sidewalk," he said. "We got off the sidewalk and as soon as we stepped back on, [the teen] had turned his bike around and he lifted his right fist up in the air and brought it down as hard as he could on top of my head."

Halevy said he fell to the ground.

"He called me a racial slur for Black people," he said. "Screamed something about 'white power' or something to that effect and sped off with his group of friends laughing."

Halevy called 911 and managed to get a photo of the teen and a name from a bystander.

Rabbi Halevy said he believes the same group of teens is responsible for breaking a window in their van and stealing from their synagogue.

Halevy had moved his congregation to a location in University City for more space, due to COVID-19.

"I will say, that a few times over this group has told myself and security that we're the 'weirdest looking [curse word]' that they’ve ever seen in their life," he said. "And there definitely is something here that motivated them that we are different. How much he’s aware that we're Jewish or that he hates Jews in particular, I don’t know. But the motivation was most definitely because we are different than him."

Police arrested the 14-year-old over the weekend. However, Rabbi Halevy said he believes rather than punishment, the teen should be rehabilitated.

"At this age especially, before he becomes something worse in the future, the system has a chance to help him get better," he said.

Halevy said they have increased security at the synagogue.

The attack really scared his 6-year-old son. He said a community rally held over the weekend helped alleviate some of his family's fears. But he hopes others understand this message: